The Renaissance-style building that was once Beacon School is now an apartment block on Beacon Street, Lichfield (Photograph: Patrick Comerford, 2012)

Walking into Lichfield Cathedral two or three times a day this week from the Hedgehog, near the point where Stafford Road meets Beacon Street, it is striking how many buildings along Beacon Street have strong educational associations.

Half-way down Beacon Street, on the corner with Abnall’s Lane, the former Beacon School is now an impressive-looking apartment block in a Renaissance-style building. The Beacon School began life as the quaintly-named Midland Truant School in 1893 when the three boroughs of Burton upon Trent, Walsall and West Bromwich acquired an eight-acre site at the north end of Beacon Street and built an industrial school for boys.

The Renaissance-style buildings, in brick with Bath stone dressings, were built by Stevenson of Burton. From 1926, Walsall Borough had sole responsibility for the school, as the carved name above the central block indicates, and it then became a residential school for children with special educational needs.

But by 1989, there were only 20-30 children from Walsall and Sandwell in the school. It closed in the 1990s, and the building was converted into flats and apartments in 2002. 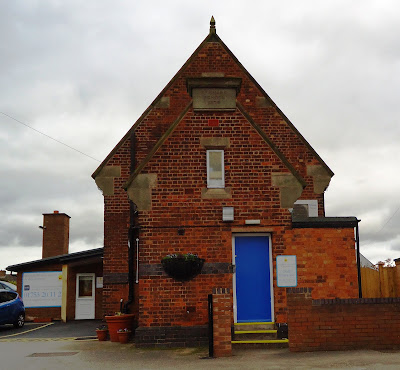 Across the street, the Springfield Day Nursery is housed in the Beacon Street School, later Springfield Infants’ School, which began life as a parish school for Saint Chad’s Parish.

Saint Chad’s parish raised a voluntary rate for a new parish school. The site on the east side of Beacon Street was given to the parish by Thomas George Anson (1825-1892), 2nd Earl of Lichfield and a former MP for Lichfield, in 1875, and Charlotte Stripling, a parishioner of Saint Chad’s, paid for a schoolroom.

The school opened in 1876, and a classroom was added in 1881. Part of the site was let, providing a small income. By 1901 the school was for girls and infants and had fewer than 100 pupils on its books.

In 1913, it became an infants’ school. The school name was changed in 1958, and the school was closed in 1982. A private nursery school took over the building in 1988, and today the Asquith Springfield Road Day Nursery has four age specific, bright and cheerfully decorated rooms. 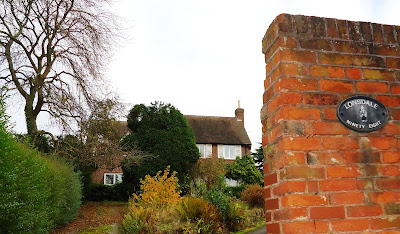 The Lonsdale name is still remembered in a house name in Beacon Street (Photograph: Patrick Comerford, 2012)

In addition, there are some houses on Beacon Street that have links with the Friary School, which stood for many years on Friary Street, the site of Lichfield Friary and now the library.

The Friary School is now located on Eastern Avenue, but traces its story back to Lichfield High School for Girls, the Friary School, and Friary Grange School. 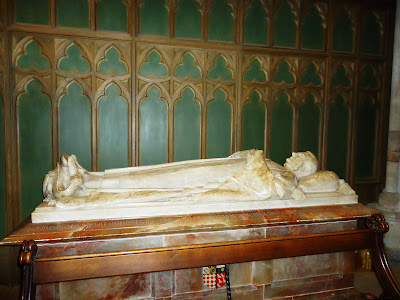 Bishop Lonsdale’s vision led to the foundation of Lichfield Theological College in 1872. He was a supporter of Wilberforce and a friend of the radical theologian FD Maurice. It was said at the time of his death that John Lonsdale was the best bishop the diocese had ever had, the “perfect model of justice, kindness, humility and shrewd sense.”

Sophia Lonsdale grew up in Saint Mary’s Vicarage in the Cathedral Close. She shared her grandfather’s values, and was one of Lichfield’s great Victorian social reformers. In the 1880s, she declared that Lichfield’s slums were worse than anything she had seen in London. She was an active in demands for poor law reforms and her outspoken criticism eventually led to a slum clearance programme in Lichfield from the 1890s on.

Sophia Lonsdale’s new school for girls opened in Market Street in 1892, with two women teachers, a pupil-teacher, and 15 pupils. This was a fee-paying Anglican school, with both day girls and boarders from the age of eight and above. It also had a kindergarten for boys and girls up to eight.

By 1896, the school had 60 pupils and eight teachers. It moved that year to Yeomanry House in Saint John Street., and within a decade had almost 90 pupils.

However, a potential crisis arose in 1907 when the headmistress left to start a school in Derby, taking several teachers and almost all the boarders with her. By 1911, there were only 47 pupils in the school, all day girls. The school merged with another girls’ private school, Saint John’s School, in 1916 to become a maintained secondary school with 99 pupils.

By 1919, there were 169 pupils and 10 full-time teachers. A staff hostel had opened in Beacon Street a year earlier, and an adjacent house, Beaconhurst, was bought as an extra boarding house in 1919. 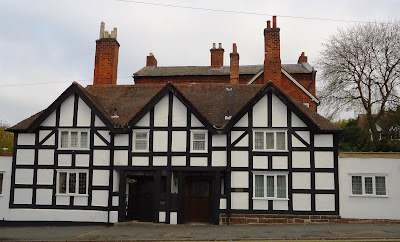 Nether Beacon House on Beacon Street ... once a house for boarders from the Friary School (Photograph: Patrick Comerford, 2012)

When the Friary Estate was given to the city in 1920, Lichfield City Council leased the Friary building to Staffordshire County Council and the high school moved into the Friary in 1921. Beaconhurst on Beacon Street then became the staff hostel, and the boarders moved to a rented house, Nether Beacon.

In 1925, the county council bought the Friary and some of its land. The school was renamed the Friary School in 1926 and stopped taking boarders. A large new building, including an assembly hall, a refectory, laboratories, and an art room, was added in 1928. During the 1930s, numbers increased both in the main school and in the preparatory department, which took boys and girls up to 10. 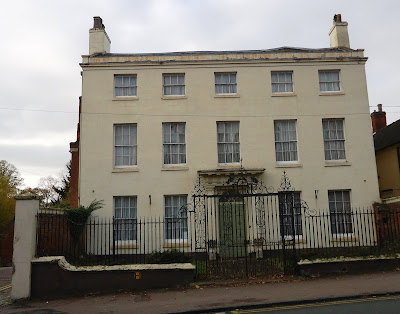 In 1944, the school became a secondary grammar school for girls, and when the preparatory department closed in 1948, the Friary became a girls-only school. By 1954, there were 415 pupils, and a boarding house for about 30 girls was opened in 1952 in Westgate House, Beacon Street, opposite the Cathedral Close.

In 1971, the Friary School became a mixed comprehensive. When the first stage of a large school in Eastern Avenue, Friary Grange, opened in 1973, the older girls moved there.

Westgate House on Beacon Street was closed in 1981, and once again the school stopped taking boarders. The school was still split between two sites until 1987, when the Friary site was closed and the Friary Grange school on Eastern Avenue was renamed the Friary.

The western end of the buildings on the original Friary site became Lichfield College in 1987. The eastern end was converted into the public library and record office, which moved there in 1989 from its Victorian buildings on Beacon Street, on the corner of Beacon Park.

After her death in 1936 at the age of 82, Sophia Lonsdale was described in an obituary in The Times on 27 October 1936 as “remarkable in her generation.”

The Times obituary sad “she made her mark in the city where most of her life was spent by her business capacity and readiness to undertake any work which came to hand, especially if it entailed rectifying abuses. She was absolutely fearless and disinterested, and no difficulty was too great for her to face. To her was owing the regeneration of the local workhouse, the sanitation of the city, the foundation of the High School, and the establishment of the Lichfield Charity Organisation Society. She was at her best when she had some big battle to fight, and it is not too much to say that she was invariably came out victorious.”

It added: “Her strong sense of religion was the directing star of all her activities.”

But the educational link with Beacon Street continues. The Music Department of the Cathedral School is now housed in Dimble House on Beacon Street. 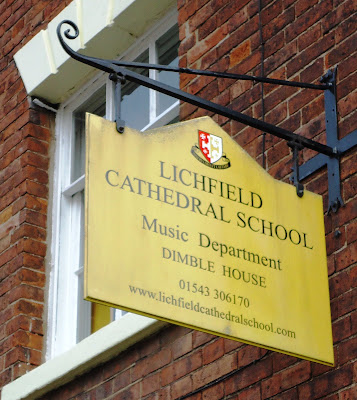 So interesting, thank you.