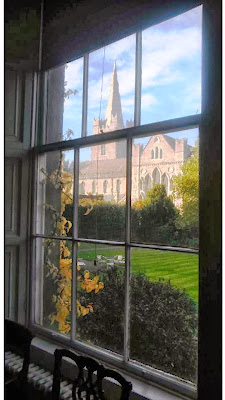 Last night [Saturday 20 October 2013], I was at a dinner in their honour hosted by the Dean of Christ Church Cathedral, the Very Revd Dermot Dunne, and this morning I was the deacon at the Cathedral Eucharist, reading the Gospel (Luke 18: 1-8) and assisting with the administration of the Holy Communion.

This afternoon, I was present with Archbishop Kwong and Dean Der at the Swift Service in Saint Patrick’s Cathedral, Dublin. The preacher was the Revd Dr Alan McCormack, Vicar of Saint Botolph without Bishopsgate and Saint Vedast Alias Foster in the City London.

Alan is a former Succentor of Saint Patrick’s Cathedral and a former Dean of Residence of Trinity College Dublin. He and I were chair and secretary of the Dublin University Far Eastern Mission (DUFEM) when we visited the Anglican Church in Hong Kong with Archbishop John Neill in 2006, and I later succeeded him as chair of DUFEM.

His sermon this afternoon was in the best tradition of Jonathan Swift – a clarion call to the Church of Ireland to be more outward looking, aware of the needs of a suffering society, rather than being introspective, concerned only with its own narrow agenda. 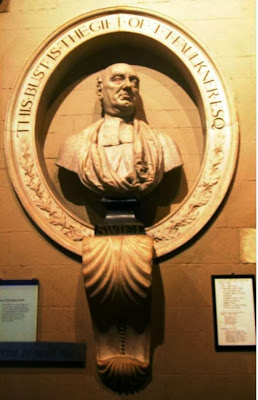 The annual Swift service at Evensong this afternoon was followed by a reception in Saint Patrick’s Deanery, where the annual Swift Symposium took place yesterday.

This year marks the 300th anniversary since Jonathan Swift became Dean of Saint Patrick’s Cathedral in 1713. He was still Dean and almost 78 years old when he died in 1745.

Swift fought hard against what he felt were unjust impositions on the Irish people, despite the fact that he would have preferred an appointment in England. His successful struggles for Ireland included his writings as MB Drapier which helped prevent a debased currency from being imposed by the government on the Irish people. For his campaigning, he was given the freedom of the City of Dublin by Dublin Corporation.

Swift’s grave is marked by a simple brass plaque on the floor at the west end of the Cathedral, beside his great friend in life, Stella. 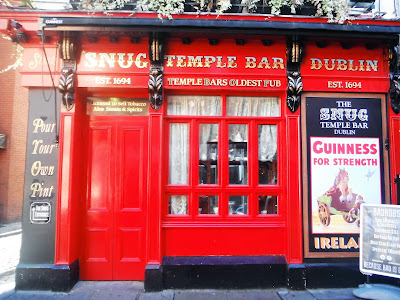 Between this morning in Christ Church Cathedral and this afternoon in Saint Patrick’s Cathedral, I strolled through the Temple Bar area, browsing and rummaging in the second-hand book barrows.

Three tourists from California stopped me and asked me to recommend a place for lunch. At least they had brought suitable weather with them. But could I pick out one from so many? So many places in Temple Bar are cheap and tatty, designed to catch the tourists and not to attract residents of Dublin.

I could recommend nowhere, but advised them against the “faux Irish” places with loud music.

And then, I laughed as I turned around and saw a newly decorated facade that proclaimed the premises dated from 1694, and this was “Temple Bar’s Oldest Pub,” established in 1694 – the year Jonathan Swift was ordained deacon in the Church of Ireland on 25 October.

But I remember these premises in recent years being part of ‘Bad Bobs’ and before that the Granary. It is amazing how ‘Instant Antiquity’ can be invented ... at least Jonathan Swift would have seen the humour in all this. It was not even here in 1964, so no-one messed around with numbers and figures.

Around the corner in Parliament Street, I had a quiet lunch on my own in Corfu, the only authentic Greek restaurant in Dublin. Autumn is still clinging on in Dublin and refuses to turn to winter. But it was still good to be reminded of a beautiful week in Crete last month. 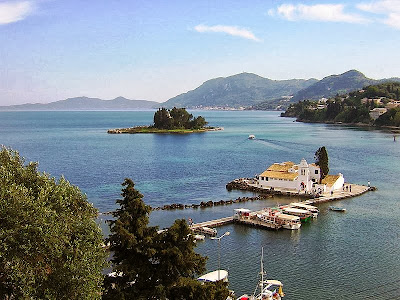 Memories of summer and Greece ... a photograph from Corfu on the wall of Corfu in Parliament Street

Posted by Patrick Comerford at 21:18