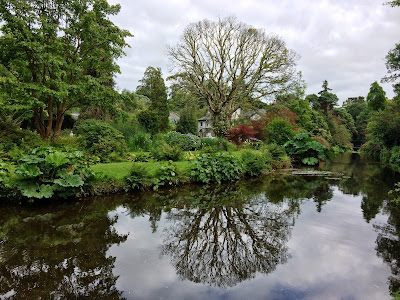 In the grounds and gardens of Mount Usher this afternoon (Photograph: Patrick Comerford, 2014)

It has been a warm summer day, with temperatures in the mid-20s, and earlier in the day I thought I was going to spend the afternoon walking a beach in either Bray or Greystones after presiding at the Eucharist and preaching in Saint Bartholomew’s Church, Ballsbridge.

However, by the time two of us reached Bray on the N11 early in the afternoon, we realised that Bray would be crowded today for the Bray Air Show. We continued on, accidentally missed the turn-off for Greystones, and on a whim decided to turn off for Ashford and to go for lunch in the Avoca Garden Café at Mount Usher Gardens.

My initial impression was memories of the Tea Gardens in Grantchester near Cambridge on another summer afternoon. But this turned out to be a unique experience. 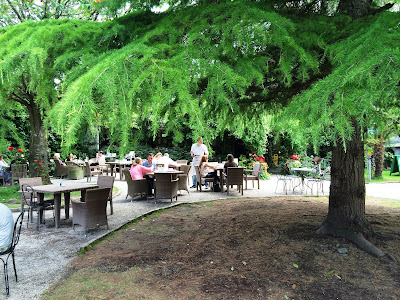 ● two large jugs of water, generously laced with mint and chunks of lemon;

This was my first time in this Avoca café, and it turned out to be one of the most relaxed as well as one of the tastiest lunches I have had this year, and after strolling through the garden setting of the café I could have headed back feeling I had a beautiful afternoon. 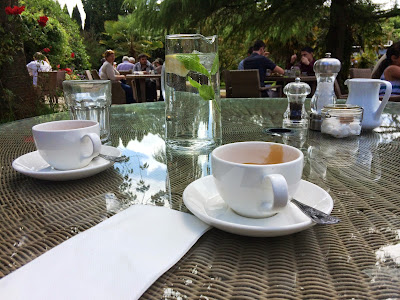 But I had never visited Mount Usher before, although I have passed it hundreds if not thousands of times while it was on the main road between Wexford and Dublin before it was by-passed. Looking at the time and the blue skies above, and recalling the joys of a visit to the National Botanic Gardens earlier this month, we decided on impulse to spend a few hours strolling through the gardens.

Mount Usher was voted the “Best Garden to visit in Ireland” by BBC Gardeners’ World Magazine and is one of only three top-rated gardens in Ireland in The Good Garden Guide.

Mount Usher is laid out across 8 ha (22 acres) along the banks of the River Vartry as it tumbles over a series of cascades on its way to the Irish Sea. It is a fine example of a true “Robinsonian-style” garden with its free-flowing informality and natural design. 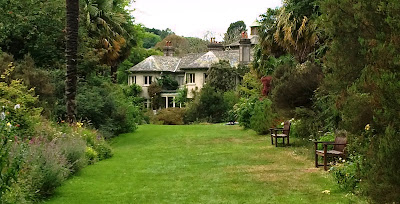 Mount Usher Gardens were created by four generations of the Walpole family over a period of 112 years (Photograph: Patrick Comerford, 2014)

Mount Usher Gardens were created by four generations of the Walpole family over a period of 112 years from 1868 and were preserved by Mrs Madeleine Jay from then until they were taken over by the Avoca group in 2007. The gardens include many champion trees of Ireland and Britain, as well as some 4,500 different varieties of trees, shrubs and plants.

The Walpoles were greatly influenced by Ireland’s most famous gardener, William Robinson (1838-1935). When he started, gardening was based on what is now called formal Public Park annual bedding. It allowed the rich to display their wealth as the bedding plants required expensive staff to grow and maintain them. Robinson rejected this approach and advocated a natural style which ever since is known as “Robinsonian.” 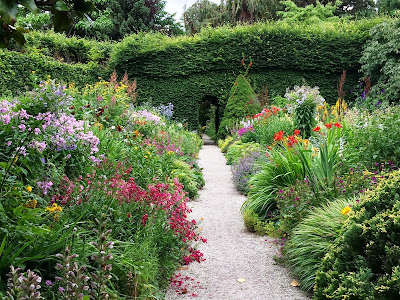 Mount Usher is probably the oldest and best-known of the gardens inspired by Edward Robinson (Photograph: Patrick Comerford, 2014)

Robinson admired the way cottage gardens had been maintained for hundreds of years, and believed a garden should be based around perennial plantings and that its art is working with nature to create beauty. He revolutionised gardening and virtually all gardens in this part of the world owe a great deal to him. Mount Usher is probably the oldest and best-known of the gardens he inspired.

Edward Walpole, the garden’s founder, passed the property to his three sons. The youngest son, Thomas Walpole, was an engineer, and his contribution to the beauty of the place included designing and building the curved weirs throughout the grounds. 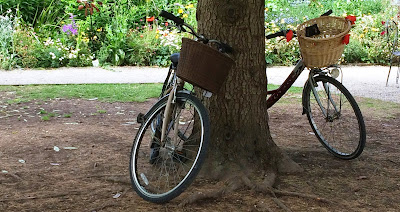 Are you ready for a tour around Mount Usher Gardens? (Photograph: Patrick Comerford, 2014)

Today there are over 5,000 species of plant in Mount Usher, many of them rare and exotic, all grown organically, painting a cacophony of colour throughout the season. We took a copy of the new Mount Usher Tree Trail brochure and set off on an afternoon walk through one of Ireland’s Greatest Gardens.

Here are some more of my photographs from today’s visit to Mount Usher without any further comment. I hope you decide to visit the place yourself. 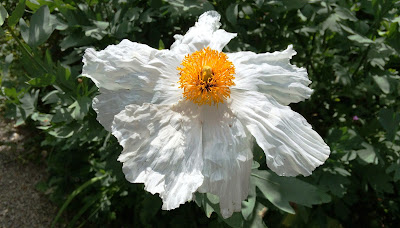 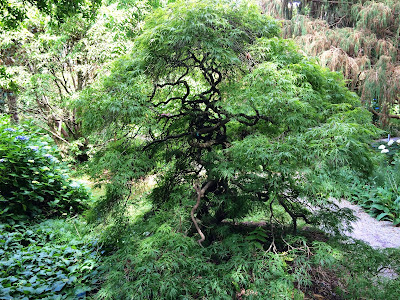 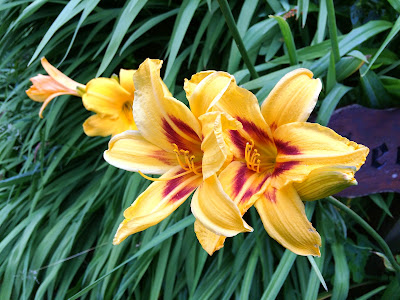 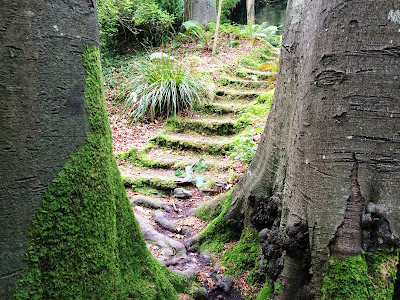 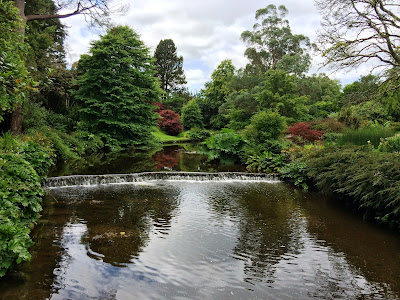 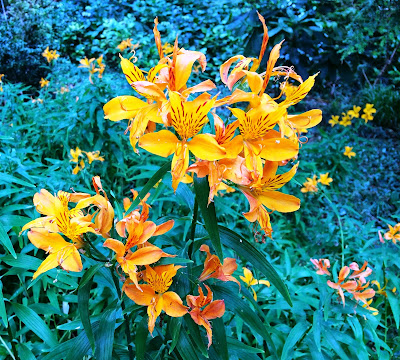 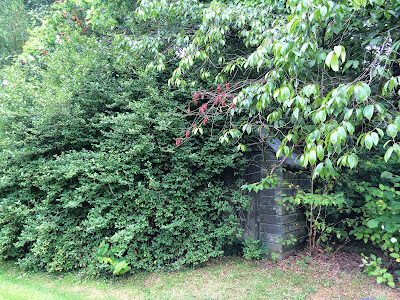 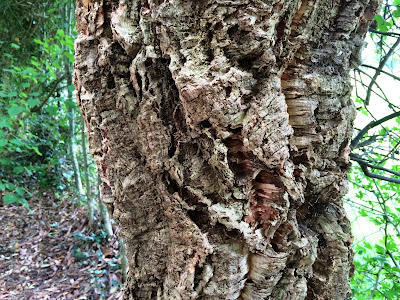 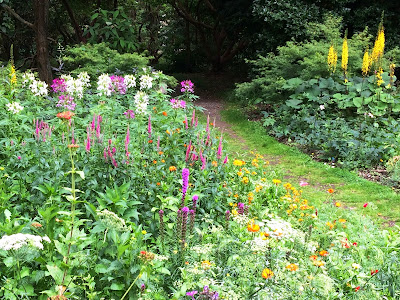 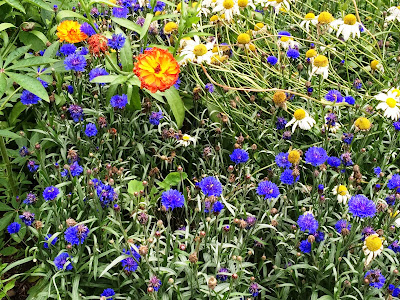 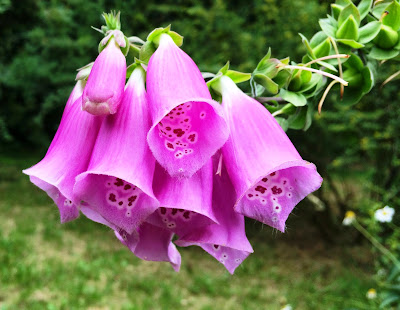 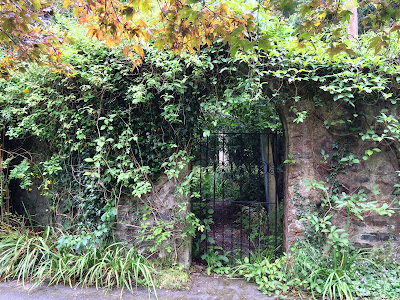 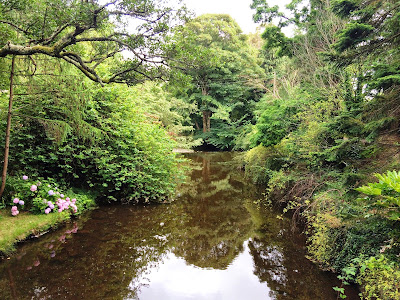 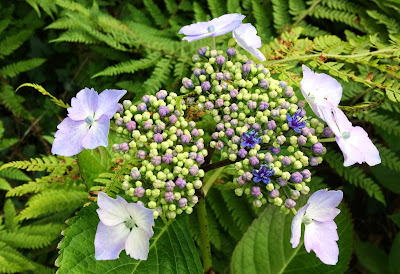 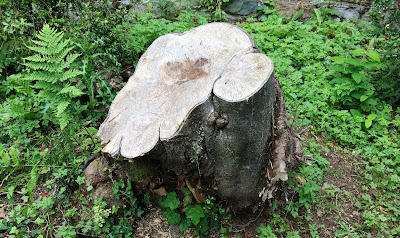 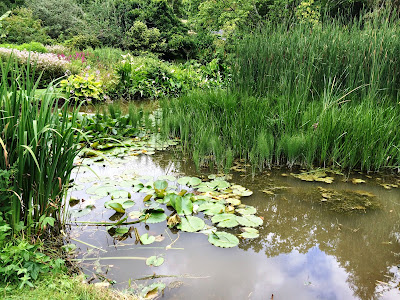 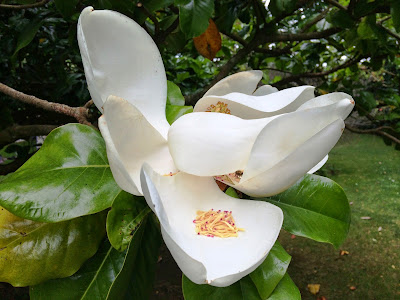 Posted by Patrick Comerford at 21:41