Donning a yellow T-shirt to walk
from Darkness into Light 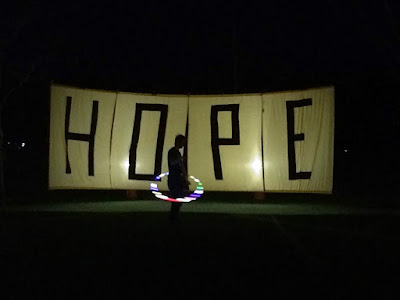 Most mornings, I have a blog posting ready to go up by 6.30 a.m. Some mornings –perhaps once a month – I am in the airport long before 6.30, ready to catch an early flight.

It is not that I am particularly strong, vigorous, or well-organised. This is just the way I am, and this is how I like to start the day. And it was not always so. During the many years I worked as a journalist, there were many late deadlines, late nights, and few early mornings.

But there are many people for whom morning brings dread and foreboding. They cannot face another fresh day, either by themselves or without someone they love.

I was up early this morning, by 3.15, to take part in one of the many ‘Darkness Into Light’ walks that took place throughout Ireland to raise awareness about suicide and self-harm.

Darkness Into Light supports the work of Pieta House, which works with people in suicidal distress and engaging in self-harm. Pieta House and its staff of 180 staff has welcomed over 22,000 people struggling in the shadows into its nine centres across Ireland since first opening its doors a decade ago.

This year, there were about 90 walk venues in Ireland. But the walk also took place in England, Scotland, Iceland, Australia, Canada, New Zealand, the US and Dubai. 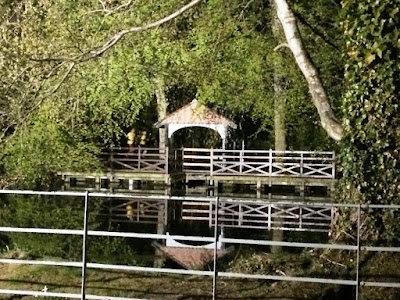 Walking through the trees and by the ponds in Marlay Park before dawn this morning (Photograph: Patrick Comerford, 2016)

In the Dublin area, when I was registering, I was spoiled with a choice of locations, from Skerries and Malahide to the Phoenix Park, Marlay Park and Bray, for this 5 km walk.

Little did I realise as I set off from home at about 3.30 this morning that I was facing into one long continual traffic jam from Whitechurch through Balinteer, and that parking was almost an impossibility even half an hour before the walk was due to start.

As I donned my yellow T-shirt, it was obvious that Marlay Park had attracted a coterie of South Dublin walkers. But they came in all sizes, ages and shapes. The enthusiastic runners started first, but the rest of the walkers included parents with children in strollers, couples with their dogs, elderly people with walking sticks, and here and there someone who was carefully minding someone who is still suffering in some way.

Some people say suicide is epidemic in parts of Ireland. Those who complete suicide may think the stigma has been removed in society. Tthose who survive, as family members or as those who never completed suicide, still suffer, and in places this morning I could just see how visible that suffering remains. 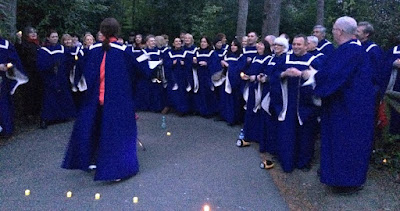 But as the walkers wended our way through the trees, the pathways and the open grassy areas of Marlay Park, over the brooks and pons, by the golf course and by the ‘Fairy Tree,’ there was strong sense of community early this morning.

As we passed one choir, they were singing Amazing Grace. At another place, the choir was singing O Happy Day.

The rain held off throughout most of the walk. Close to the end of the walk, we passed by clumps of blooming blue Forget-me-Nots.

Moving from darkness into light, from night into morning, as the birdsong began to break through the leaves from the boughs of the trees, a thin yellow line processed in front of us through the green shades of the park, living symbols of the hope we can bring to one another.

I was back in bed by 6.30, just when I ought to have thought of getting. 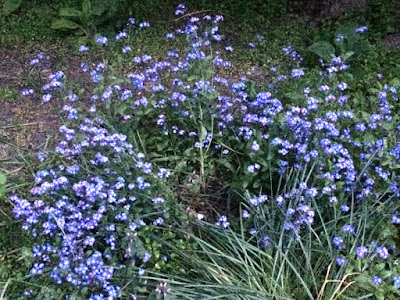 A cluster of ‘Forget-me-Nots’ near the end of the walk (Photograph: Patrick Comerford, 2016)

Posted by Patrick Comerford at 12:52