President Obama passed by, but he never visited Kilkenny today 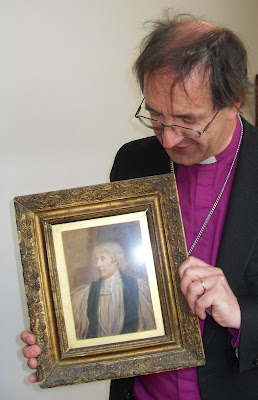 President Barack Obama was visiting Ireland today – and Dublin and the whole the country appear to have come to a standstill.

I caught a train to Kilkenny before the presidential entourage arrived in Dublin, and was in the Marble City an hour or two before we were due to meet as the board of USPG Ireland (the United Society for the Propagation of the Gospel) – Anglicans in World Mission. 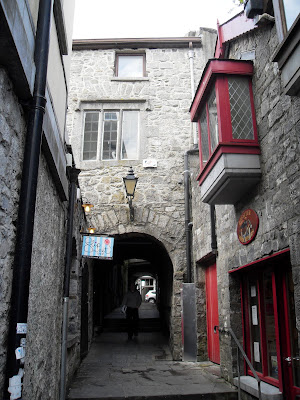 The Butterslip, where William Comerford lived with his son, daughter-in-law and grandchildren in the 18th century (Photograph: Patrick Comerford, 2011)

On my walk through Kilkenny from the train station to the Bishop’s House in Troysgate, I had time to stop in a few good bookshops and to photograph Saint John’s Church, the 16th century Shee’s Almshouse in Roseinn Street, the Butterslip – where my grandfather could say his grandfather’s grandfather, William Comerford, had lived with his son, daughter-in-law and grandchildren in the 18th century – Grace’s Castle (the Courthouse), Rothe House, the Deanery and Saint Canice’s Cathedral.

We met in the Bishop’s House in Troysgate, in sight of both Saint Canice’s Cathedral and what was once the Bishop’s Palace. Among the many portraits of former bishops hanging in the house is one of Dr John Kearney (1741-1813), who was Bishop of Ossory two centuries ago.

The Kearney family may have originally come from Cashel, Co Tipperary, and in Michael Kearney, latter a sixth great grand uncle of President Obama, bought a 160 acre estate from another Kearney family in Cashel.

John Kearney, who was the Bishop of Ossory from 1806 to 1813, was born in Dublin, the son of Michael Kearney, a barber-surgeon, and was educated at Trinity College Dublin, where he was elected a Scholar in 1760, graduated BA in 1762, and was elected a Fellow in 1764.

Kearney was Professor of Oratory and Archbishop King’s Lecturer in Divinity before becoming Provost of TCD in 1799. As Provost, he was opposed to the Act of Union, and he remained Provost until 1806, when he was appointed Bishop of Ossory. He was consecrated in the Chapel of Trinity College Dublin on 2 February 1806 by Archbishop Charles Agar of Dublin, Bishop Charles Lindsay of Kildare and Bishop Nathaniel Alexander of Down and Connor. 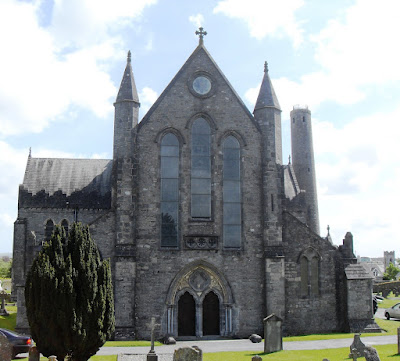 As Bishop of Ossory, Kearney lived in the Bishop’s Palace, and when he died in Kilkenny on 22 May 1813 and was buried in Saint Canice’s Cathedral – local lore says he may have been buried in the vault of one of his predecessors, Bishop Michael Cox. Portraits of both men now grace the home of Bishop Michael Burrows.

The board of USPG Ireland bids farewell to Bishop Michael Doe

Before leaving there were presentations to make to Bishop Michael Doe, who is retiring from USPG. I arrived back in Dublin to find Heuston Station and the surrounding area were sealed off. There were no buses or taxis and no Luas services – all public transport in the area had been cancelled because President Obama was leaving early, and his entourage was making its way up the quays.

A few minutes later there was a wailing of sirens, a convoy of out-riders, heavy black vehicles, Garda cars and emergency ambulances. The President passed by. The visit was over. He was on his way to London, without visiting John Kearney’s Trinity College or Kilkenny. And I was on my way home. 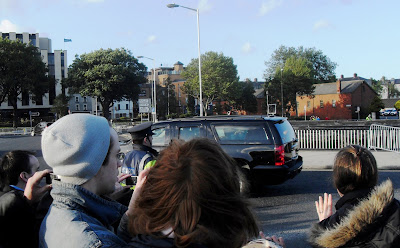