An afternoon of bliss in Skerries 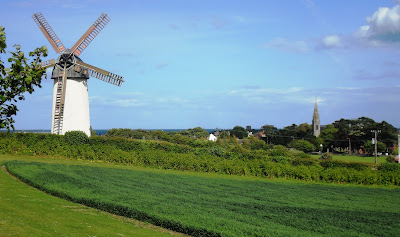 The Lord is my shepherd, I shall not want. He makes me lie down in green pastures; he leads me beside still waters; he restores my soul … Looking across the fields at the mills in Skerries towards Holmpatrick Church and the sea beyond (Photograph: Patrick Comerford, 2011)

This has been a busy weekend. At Evening Prayer yesterday, we marked the end of the NSM (Non-Stipendiary Ministry) course with the presentation of diplomas and certificates. Some of the students will be back for future graduations, but there is going to no further intake on this course.

Who knows what next year holds in store?

Later, at the celebratory bar-be-cue, the MTh students made thoughtful and generous presentations to their NSM colleagues, and the weekend came to a close this morning with our end-of-year Eucharist, at which I presided.

As students bade fond farewells to each other and exchanged dates and details for the deacons’ ordinations that continue through to September, I caught a taxi into the city centre. The area around Christ Church Cathedral has been sealed off in preparation for President Barack Obama’s visit to Dublin tomorrow, but two of us strolled in the rain from the Chapter House down Lord Edward Street to The Larder in Parliament Street for lunch.

Once the rain eased off, we drove out to Skerries, where someone had asked for a copy of one of my photographs of the Harbour for her daughter who is now living in England. 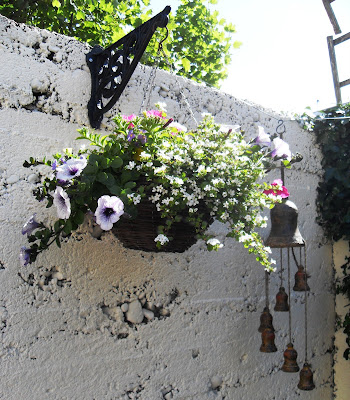 The pebble garden at the back of The Olive is an attractive and enticing sun trap on a Sunday afternoon (Photograph: Patrick Comerford, 2011)

The rain continued to hold off as we then went for coffee in The Olive in Strand Street, my favourite café in Fingal area.

Peter and Deirdre have now opened a new pebble garden at the rear of the café, and with today’s winds but warm sunshine this proved to be a suntrap and yet a gentle oasis of calm this afternoon as we sipped a double espresso and an Americano.

Back out on Strand Street there was an extra buzz in Skerries – the sixth formers in the Community College had graduated this morning, and there was a strong feeling of families having fun together. 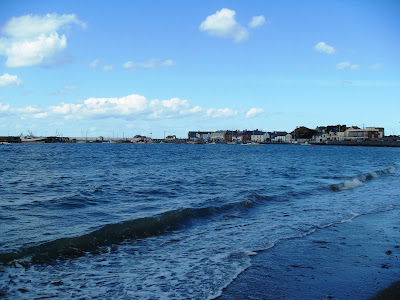 Blue skies and blue waters at the North Beach and the Harbour in Skerries this afternoon (Photograph: Patrick Comerford, 2011)

From there, we walked up to the cove-like North Beach beside the Harbour, and then on by the Sailing Club and out onto the harbour and the pier. Despite all the weather forecasts, this was a beautiful, relaxing afternoon in Skerries, with sunshine casting a silver sheen across the harbour waters.

We walked back along the South Beach, with clear views across to Rockabill and Shenick, before picking up the papers in Gerry’s, and driving out to the mills. On my last visit I had missed photographing the thatched four-sail windmill.

On the road back to Dublin, it was past 5.30 but they were still playing cricket at the Hills Cricket Club. North Co Dublin is a stronghold of cricket, and earlier in the afternoon as we were passing by Kenure, I noticed there was a lively game going on at Rush Cricket Club.

If the summer sunshine truly arrives this year, I can imagine a few relaxing weekend afternoons in Rush or Skerries watching cricket, walking on the beaches, strolling around the harbours, or simply sipping coffee in the pebble garden at The Olive. That would be bliss, would be a blessing for both my soul and my body, and would do a power of good for my sarcoidosis.
Posted by Patrick Comerford at 19:59 No comments:

A note on this morning’s hymns 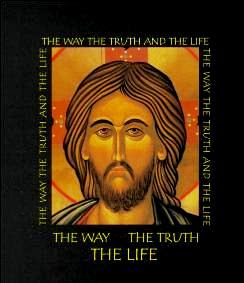 Our End-of-Year Eucharist this morning marks the end of an acdemic year, and also the end of the NSM (Non-Stipendiary Ministry) course at the Church of Ireland Theological Institute. We had the presentation of certificates and diplomas at in the chapel last night.

The booklet for this morning's Eucharist includes the following on page 2:

A note on this morning’s hymns

Our processional hymn, Come, learn of God’s Kingdom, the Kingdom of Light, was written by Bishop Timothy Dudley-Smith. Born in 1926, and educated at Pembroke College, Cambridge, this English hymn-writer has been Archdeacon of Norwich (1973-1981) and Bishop of Thetford (1981-1991). He has been President of the Evangelical Alliance. He has written over 300 hymns, many of them well-known hymns, including Tell out my soul, and is the author of a biography of John Stott.

The setting for this morning’s hymn was written by John Crothers and was specially named Braemor Park as a tribute to the Revd Dr Maurice Elliott.

The setting for our Gradual, Come, my Way, my Truth, my Life (610), is The Call by Ralph Vaughan Williams (1872-1958), one of the greatest English composers of the last century and the musical editor of The English Hymnal, which he co-edited with Percy Dearmer. The words are from The Call, a poem by George Herbert (1593-1633), published in a posthumous collection, The Temple, in 1633. The Call is essentially a meditation on Christ’s words in this morning’s Gospel reading: “I am the way, the truth and the life” (John 14: 6). Herbert adds additional allusions and offers real food for thought in the way he develops his theme. Because of the structure of each of the three stanzas, this poem is often described as “a trinity of trinities.”

Herbert was an MP and a courtier before he was ordained in 1630. As Rector of Fugglestone St Peter with Bemerton St Andrew in Wiltshire, Herbert was unfailing in his care for his parishioners, bringing the Sacrament to those who were ill and food and clothing to those in need. There he also began writing poetry, and shortly before he died he sent the manuscript of The Temple to Nicholas Ferrar, Nicholas Ferrar in Little Gidding, who later arranged its publication in Cambridge in 1633. Other hymns from The Temple in the Church Hymnal include King of glory, King of peace (358) and Let all the world in every corner sing (360).

Like Herbert, Vaughan Williams studied at Trinity College Cambridge. He retained the title The Call for his setting for this hymn, which was first published as the fourth of his Five Mystical Songs in 1911. However, the harmonisations of this morning’s hymn version are not identical to the original by Vaughan Williams – instead, the version in the Church Hymnal combines the first half of the version in BBC Songs of Praise (1997) with the second half from the Cambridge Hymnal (1967).

The words and music of our Offertory hymn, I am the bread of life (420), were written in 1966 by Sister Suzanne Toolan, who has taught music in schools and seminaries and has been the director of a spirituality centre. The words draw on Saint John’s Gospel (6: 35-59 and 11: 25-27). The hymn was popularised in Europe in the early 1970s by the Fisherfolk, who visited Ireland in 1973.

Our final hymn, Sent forth by God’s blessing (443), by Omer Westendorf (1916-1997), was written in 1964 in response to the Liturgical Reforms of Vatican II, and came to Europe through its popularity among American Lutherans. The tune is a familiar Welsh traditional melody, the Ash Grove (Llwyn Onn), first published in 1802 and arranged by Gerald Hocken Knight (1908-1979), organist of Canterbury Cathedral and Director of the Royal School of Church Music.