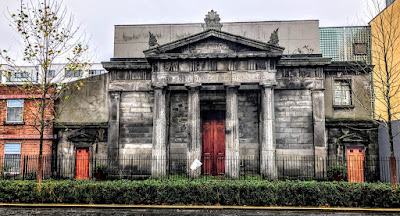 Wandering around the north inner city of Dublin last week, between Gardiner Street and Buckingham Street, I came across a number of former and abandoned church, including the former Presbyterian Church, now in ruins on Seán McDermott Street, formerly Lower Gloucester Street, in the heart of the former ‘Monto’ red light district.

The church is an eye-catching, landmark building in this area, and was designed in a Greek revival style by the architect Duncan Campbell Ferguson and built in 1846 at a cost of £1,800.

Until the early 19th century, there were two Secession congregations among the Presbyterians in Dublin, one at Mary’s Abbey and the other at Mass Lane. They united in 1818 and formed the congregation of Union Chapel.

Then, in 1836, the Secession Synod started a mission to form a second Secession congregation in Dublin. The first minister in this new congregation was the Revd William Wilson. Initially, they worshipped in the German Lutheran Church in Poolbeg Street and later hired a room in the Royal Exchange. Then, in 1837, the congregation bought Ebenezer Chapel on the corner of D’Olier Street and Hawkins Street for £600.

Withing a decade, the congregation moved from the Ebenezer Chapel to a new church building on Gloucester Street.

The church was completed by August 1836, and was the first in the Grecian Doric order that has been built in Dublin. It was built in Irish granite with a prostyle tetrastyle pedimented portico with four fluted Doric columns on a stylobate supporting a frieze. The frieze is inscribed in Greek, Μονω Σοφω Θεω Σωτηρi Ημων Δoξh (monō sophō Theō sōtēri hēmōn doxa), ‘To the only-wise God, be glory through the Saviour’ (see Romans 16: 27). Above the frieze is a modillioned pediment with acroteria situated at either end and at the apex.

At the time, the Dublin-based architect Duncan Campbell Ferguson was master of the Royal Dublin Society School of Architectural Drawing (1842-1854) in Molesworth Street. Ferguson, who may have been born in Scotland, entered the RDS School of Figure Drawing in 1826, and was awarded prizes in 1828, 1829 and 1830.

He was appointed master of the School of Drawing in Architecture in 1842, and in that year he designed a new range of glasshouses for the RDS gardens in Glasnevin. They were redesigned the following year, after Richard Turner submitted proposals for building the range entirely of iron.

Ferguson won the competition for designing the RDS natural history museum in 1852, and was also involved in the RDS proposal to establish model lodging houses in Dublin.

When responsibility for the RDS academic programme passed to the Department of Science and Art in 1854, Ferguson was retired. He started teaching classes in architecture and engineering from his own house in Westland Row and continued to practise as an architect.

The Revd William Wilson was succeeded by various ministers. The Revd John Love Morrow was ordained to Gloucester Street in 1884, but this was his first and only ministry.

The request was approved by the General Assembly of the Presbyterian Church in Ireland on 26 July, 1889. A site was found on the corner of Howth Road and Clontarf Road and the new church opened in May 1890. A school was built beside the church and a manse was built on Haddon Road.

The church on Gloucester Street continued to be used for occasional services until 1896, when it became a centre for the work of the Salvation Army among prostitutes in the notorious red light area of ‘Monto’ in inner city Dublin.

The Revd John Love Morrow remained with the congregation through its move to Clontarf and until he died in 1940. He was the Moderator of the General Assembly of the Presbyterian Church in Ireland in 1929.

When the former church in Gloucester Street was converted into a flour mill in the early 1900s, the external appearance remained largely intact. The mill was run by AW Ennis Ltd until a fire in the 1980s forced the business to move to Virginia, Co Cavan, where it remains. The building was later used as a grain store.

This Greek Revival church is now in a ruinous condition and the remaining façade and the side walls now sit at the front of 2000s apartment development. Recent buildings on have greatly compromised the integrity of the structure or its potential for reinstatement.

All that survives of the church today is its front façade and side walls. It has coursed granite ashlar walls, corner Doric piers, a full Doric entablature and a modillioned cornice, a prostyle tetrastyle pedimented portico with four fluted Doric columns on a stylobate supporting frieze with its Greek lettering and a full Doric entablature supporting a modillioned pediment surmounted by acroteria at the apex and at either end.

The building’s risk status is currently listed as ‘moderate’ by An Taisce and it is listed on the Record of Protected Structures. Nonetheless, the façade remains an exquisite example of an academic exercise in neo-Classical architecture, and remains a highly decorative element on the streetscape and part of the wealth of architectural heritage in the north inner city.

Meanwhile, the congregation in Clontarf welcomed the members of Ormond Quay and Scots Church in 2003 and it now known as Clontarf and Scots Presbyterian Church. 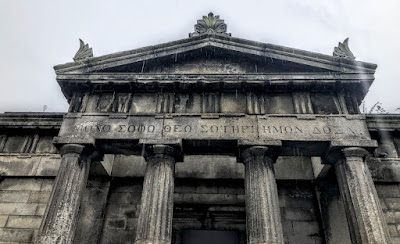 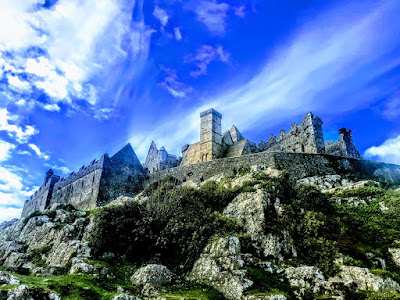 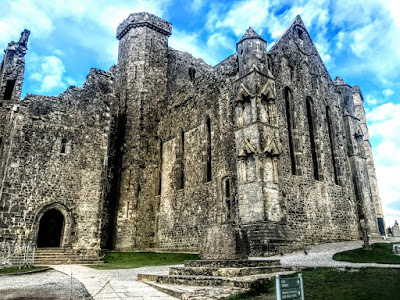 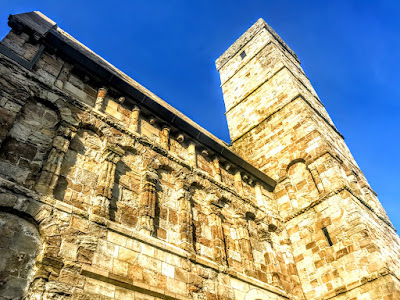