Hearing and understanding, seeing and believing 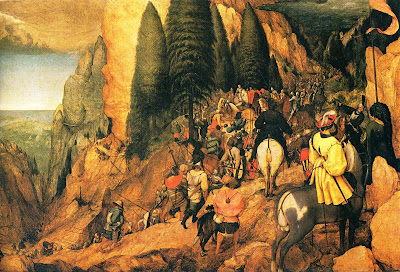 The Feast of the Conversion of Saint Paul

The Conversion of Saint Paul is an unusual feastday in the Calendar of the Church. Not because it comes exactly one calendar month after Christmas. Not because it marks the end of the Week of Prayer for Christian Unity. But because of the event it marks in the life of one saint.

Other saints are normally commemorated on the anniversaries of their death. The other notable exception is the commemoration of the Birth of Saint John the Baptist on 24 June.

We have not one but three accounts of this occasion in the Acts of Apostles: a third person account in Acts 9: 3-19; and then two recollections by Paul himself, one in Jerusalem (Acts 22: 6-21), and the second before King Agrippa (Acts 26: 12-18).

This feastday is so etched in the collective memory of the Church that we speak very easily, at least in English, of Pauline conversions, Damascene conversions, moments “on the road to Damascus,” coming to realise something in “a blinding flash of light.”

It is such a defining moment in the story of the early Church that Paul’s conversion becomes a model, it influences how other writers describe their own experience of coming to faith.

It has had an immeasurable influence on Christian art, inspiring great works by Dürer, Bruegel, Fra Angelico, Bellini, Michelangelo, Caravaggio, Rubens and Blake.

How we translate Paul’s own accounts of this event in modern New Testament translations is the subject of many debates.

Or did they hear the voice but not understand (see NIV, NLT)?

Is to hear the same as to understand?

Perhaps everyone heard, but only Paul understood.

Perhaps Paul’s companions faced the same dilemma as that faced by the Apostle Thomas after hearing about the Resurrection appearances from the other disciples.

Thomas hears but does not believe. He wants to see for himself.

But even then he forces us to ask whether to see is to believe.

To hear is not to understand; to see is not to believe.

We must enter the experience. And then we must live with consequences.

This Paul does, this Thomas does.

I invite you this morning to hear what Christ says, to you and to us; to see and to believe; to touch and to taste. And, of course, to commit yourself once again to live with the consequences of hearing and understanding, seeing and believing, touching and being touched by the Lord.

Let us confess our faith …

Almighty God,
who caused the light of the gospel
to shine throughout the world
through the preaching of your servant Saint Paul:
Grant that we who celebrate his wonderful conversion
may follow him in bearing witness to your truth;
through Jesus Christ our Lord.

Canon Patrick Comerford is Lecturer in Anglicanism and Liturgy, the Church of Ireland Theological Institute. This reflection was shared at the early morning Eucharist on 25 January 2013 in the Institute Chapel.