A day in two cathedrals 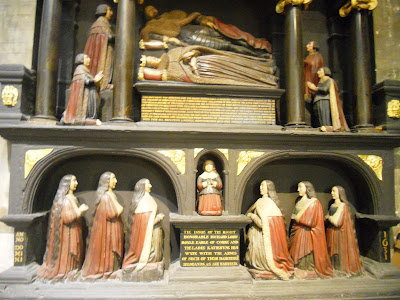 I was in Saint Patrick’s Cathedral, Dublin, this afternoon for Choral Evensong and the installation of three chapter members: Canon Patrick Lawrence as Chancellor; Canon Robert Warren, Rector of Taney, as Prebendary of Tipperkevin; and Father Kieran O’Mahony as Prebendary of Finglas.

Patrick and Robert are long-standing members of the chapter, but their appointments are new, filling posts made vacant by Dean Stephen White’s move from Killaloe to England, by Canon Mark Gardiner’s new standing in the chapter and Canon Warren’s move from Tralee to Dublin.

But it was a particular pleasure to be there for Kieran O’Mahony’s installation as a canon. He replaces the Very Revd Dr Kenneth Newell, a former Moderator of the Presbyterian Church, as one of the ecumenical canons in Saint Patrick’s. On another Sunday afternoon, the president-elect of the Methodist Church, the Revd Dr Heather Morris, is to be installed as the second ecumenical canon, succeeding Father Enda McDonagh as Prebendary of Clondalkin.

Kieran O’Mahony is an Augustinian friar at Orlagh, and has been a good neighbour for many years. He directed one of my pre-ordination retreats at Orlagh, and has also taught on the CME (Continuing Ministerial Education) for the Dioceses of Dublin and Glendalough at the Church of Ireland Theological Institute. A Biblical scholar, he has been a professor at the Milltown Institute for many years.

He now works in the Dublin diocese, providing Biblical resources for parishes and for people in ministry. His primary biblical interests are Saint Paul, the Gospels and the Jesus of history.

His publications include What the Bible Says about the Stranger and Do We Still Need St Paul?. He is president both of the Irish Biblical Association and of the National Bible Society of Ireland, and chairs the Bishops’ Evangelisation Task Group.

The preacher at Choral Evensong was the Rector of Whitechurch, Canon Horace McKinley. The music included the Preces and Responses by Bernard Rose, the canticles Magnificat and Nunc Dimittis from the Collegium Regale by Herbert Howells, an anthem, Hear my words, ye people, by Hubert Parry, and my favourite hymn, How shall I sing that majesty by John Mason, to Kenneth Naylor’s tune, Coe Fen. 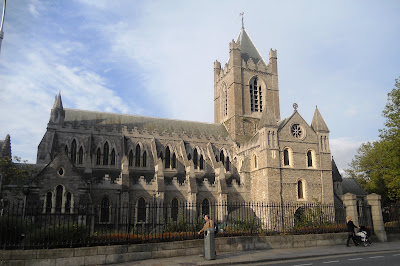 Earlier in the morning, I was in Christ Church Cathedral, Dublin, for the Cathedral Eucharist. The setting was Mozart’s Missa Brevis in D and were also treated to Elgar’s setting of Ave Verum as the Communion Motet.

In between the two cathedral services, four of us had lunch in Beirut Express, a new Lebanese restaurant that opened in Dame Street in recent weeks. This is my third time there in as many weeks. The Falafel Plate is one of the best bargains at lunchtime in Dublin, and presented as true work of art, while the Lebanese coffee, with optional cardamom seeds, is wonderful.

Posted by Patrick Comerford at 20:01 No comments: