The sun shines on Saint George’s Day in London 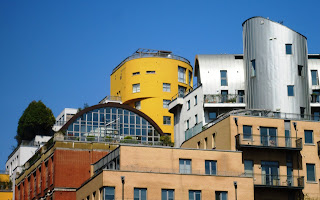 The blue sky and a touch of colour bring summer to the concrete, steel and glass of Southwark this afternoon (Photograph: Patrick Comerford, 2013)

I wonder why England makes such little fuss about Saint George. Apart from one or twp signs outside pubs, and an out-of-date notice I picked up at a tube station, you would hardly know that today [23 April] is Saint George’s Day.

Saint George’s Day in London is non-event compared with Saint Patrick’s Day in Dublin, or for that matter, Saint David’s Day in Wales or Saint Andrew’s Day in Scotland. 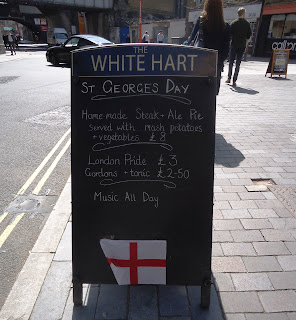 Saint George’s Day in Southwark ... a tiny flag at the White Hart adds to the token recognition (Photograph: Patrick Comerford, 2013)

I have spent Saint George’s Day at a series of meetings in the Southwark offices of Us – the Anglican mission agency formerly known as USPG (the United Society for the Propagation of the Gospel). But even the Union Jack, the on the corner of Great Suffolk Street and Union Street opposite the offices of Us, did not have a Union Jack flying to mark this day.

It has been a bright sunny day – the temperatures had reached 20 by late morning – and it was possible to imagine that this is early summer. Many of the buildings around Southwark are modern glass, steel and concrete concoctions, although at times their design or colour can add a sparkle to the summer feeling.

I was surprised, then, to learn that Saint George the Martyr is one of the ancient parishes in Southwark. Today it stands in the heart of an area that is undergoing regeneration. The parish is developing a major restoration project to put the structure back on secure foundations, and to enable the church to take its place in the renewal of the area – as a centre for worship and meeting, for music and local history.

Saint George’s was designed by John Price in 1735 and is a brick church of classical design with Portland stone pediments, string courses and dressings. The church is listed Grade 2* and is considered to be of national historic importance. The interior was altered by William Hedger in 1808. The present ornate ceiling was designed by Basil Champneys in 1897 and restored by Thomas Ford in 1951 after World War II. 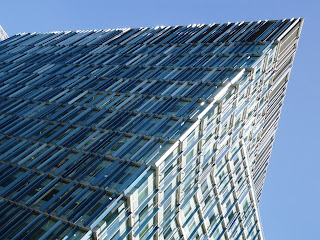 Within walking distance, Southwark Cathedral stands on a site where there may have been a church since the year 606, or even earlier. Originally it was the Parish Church of Saint Mary Overy (“over the river”), but there is archaeological evidence of Roman pagan worship on the site long before that.

Southwark stands at the oldest crossing point of the tidal Thames at what was the only entrance to the City of London across the river for many centuries. It is not only a place of worship but also of hospitality to every kind of person: princes and paupers, prelates and prostitutes, poets, playwrights, prisoners and patients have all found refuge there.

During the reign of King Henry VIII, the church was renamed Saint Saviour’s, although the old name remained in popular usage for many years. Later parishioners included William Shakespeare – while he worked nearby at the Globe Theatre. Incidentally, the Bard’s birthday also falls on Saint George’s Day, 23 April.

Saint Saviour’s church became Southwark Cathedral in 1905. But it claims to be the oldest cathedral church building in London. The diocese it serves stretches from the Thames to Gatwick Airport, from Thamesmead in the east almost to Thames Ditton in the west. It has a population of two and a half million people, served by over 300 parishes.

The last 10 years have seen unparalleled regeneration of this side of the river, so that the church has a renewed role offering hospitality and quiet reflection to thousands of visitors, with five services a day. 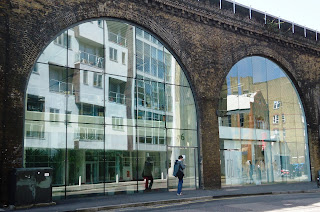 Sunshine and modern buildings reflected in glass in the arches at lunchtime today (Photograph: Patrick Comerford, 2013)

Discussing ‘Brave Steps’ with Us

The High Leigh Conference Centre in Hertfordshire ... the venue for the Us conference, ‘Brave Steps’ (Photograph: Patrick Comerford)

I am in London for two days meeting directors, staff and key supporters of Us, the Anglican mission agency formerly known as USPG (United Society for the Propagation of the Gospel).

The topics for discussion include “Brave Steps,” this year’s Us Annual Conference, which takes place from Monday 24 June to Wednesday 26 June 2013 at the High Leigh Conference Centre near Hoddesdon, Hertfordshire.

This is the first annual conference since the society changed its name from USPG to Us last November.

The conference starts at 4 p.m. on Monday 24 June, and ends at lunchtime on Wednesday 26. Supporters of Us are also welcome to attend the special Day Conference on Tuesday 25 June.

This year’s conference is a chance to meet people whose lives have been changed through an encounter with Us, with workshops, activities and ideas to take back to the parishes.

The conference them, ‘Brave Steps,’ is inspired by II Corinthians 5, where Saint Paul says “for we walk by faith, not by sight.”

The conference will be looking at the challenges and the blessings that come from walking by faith. There will be first-hand accounts from Us partners who are stepping forward into the fullness of life that Christ promises us.

The guest speakers include:

● The Revd Floyd P Llawet, Provincial Secretary of the Episcopal Church of the Philippines (ECP): Floyd was formerly the head of ECP’s development office and will share experiences from his church’s staunch commitment to human rights and social justice.

● The Revd Fedis Nyagah, Church and Community Mobilisation Process Facilitator, working throughout Africa and with Us in Zimbabwe. Fedis is spearheading a faith-based approach to community empowerment that radically challenges the idea that poor people need to be dependent on aid to end poverty.

The cost for the three-day conference is £140 (not sharing), or £70 (sharing). The cost for Tuesday’s Day Conference is £25, including lunch, and free for those in training for ordained ministry.