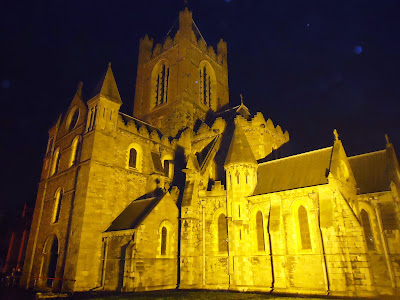 Dublin was aglow last night, with Christmas shoppers thronging the city centre streets, and a holiday buzz in the narrow streets in the Temple Bar area, where weekend revellers appeared to be enjoying the dry, crisp and bright mid-winter weather.

About 20 of us with cathedral links – some chapter members, others choir members and acolytes, and some priests who are involved in the liturgical and pastoral life of the cathedral – had our pre-Christmas dinner in Essex Gate last night.

Later, as we strolled back past the cathedral, I was amazed how many people were enjoying the peace and tranquillity of the grounds of the cathedral late at night.

That sharp crisp weather continued today, with clear blue skies and few clouds, and in the bright morning I was at a funeral in Saint Brigid’s Church, Stillorgan.

Stillorgan is an ancient parish, but the original church was in ruins by the late 17th century and the present church was built between 1706 and 1712, but it was given a much later Georgian appearance when the tower and north aisle were added in 1812. 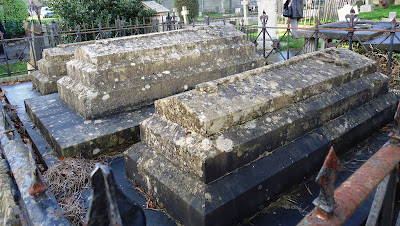 The parishioners of Saint Brigid’s also included Archbishop Richard Whatley (1787-1863), who lived at Redesdale House and who once pronounced: “Happiness is no laughing matter.” 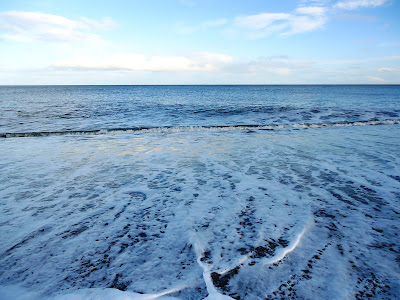 From Stillorgan, two of us went down the N11 to Greystones, Co Wicklow, and had lunch in the Happy Pear on Church Road, before going for a walk on the beach. The tide was in, and as the waves broke gently on the sand and the water receded, they left a shining, silvery glow on the sand.

We stopped again in Bray for a coffee and ice cream in Gino’s and a second walk on the beach there. It was so bright that was almost possible to imagine that this could have been a Spring day. 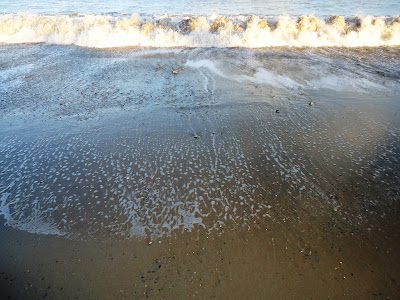 With the Saints through Advent (16): 15 December, John Horden and Robert McDonald 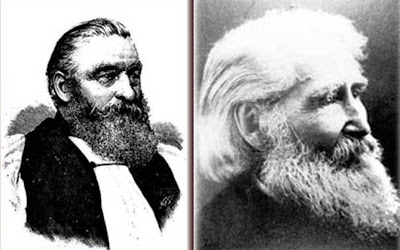 John Horden, bishop, and Robert McDonald, priest, both missionaries in Canada, are commemorated today [15 December] in the calendars of the Anglican Church of Canada and the Episcopal Church (TEC). These were contemporaries were noted linguists and both worked in Canada with the Church Missionary Society.

Bishop John Horden (1828-1893) was a blacksmith’s apprentice who became the great missionary of the Hudson’s Bay Company. He was a brilliant linguist who spoke five First Nations languages.

John Horden was born in Exeter on 20 January 1828. As a young boy he was apprenticed to a blacksmith, but continued to use his spare hours for his self-education. He eventually qualified as a school teacher and attended the vicar’s Bible class at Saint Thomas’ in Exeter. There he also developed his enthusiasm for missionary work.

Horde and some of his friends offered themselves as volunteers with the Church Missionary Society (CMS), but they were told to wait because they were too young.

In 1851, CMS sent him to Canada as a mission schoolmaster to Moose Factory at James Bay, on the southern end of Hudson Bay. Before leaving England, he married Elizabeth Oke, and they later had two sons and four daughters. In Canada, he immediately set about learning Cree, the native language of the people he was sent to work with. He was ordained priest by Bishop David Anderson of Prince Rupert’s Land, on 24 August 1852.

Over time, John Horden’s ability as a linguist was shown in his ability to work in at least five First Nations’ languages, as well as English, Greek, Latin and Norwegian.

In addition to working with the native peoples of the region, Horden saw it as part of his work to serve the employees of the Hudson’s Bay Company. With their help, he built a schoolhouse and church, and developed a variety of ministries for the people in this remote territory. He ministered to his people through several epidemics often in the face of tough and demanding conditions.

In 1872, he returned to England, and on 15 December 1872 he was ordained bishop in Westminster Abbey, becoming the first Bishop of Moosonee. He returned to James Bay, travelling to the outer regions of his vast diocese, often by dog-team in harsh weather.

Many parishes in the small towns and cities trace their foundation to the inspirational work of Bishop Horden.

He died on 12 January 1893. However, he is commemorated in the Anglican Church of Canada and in the calendar of the Episcopal Church with Robert McDonald on 15 December. 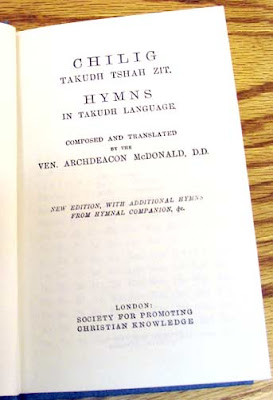 Robert McDonald translated the Bible, the Book of Common Prayer and many hymns into Tukudh for the people of Fort Yukon, Alaska

Robert McDonald (1829-1913) was a priest, missionary and archdeacon, who served among the First Nations peoples of Canada.

He was born in 1829 in Point Douglas, Manitoba. His father, Neil Macdonald (1794-1871) was born on the island of Islay off the west coast of Scotland. His mother, Ann Logan, was a daughter of Robert Logan and Mary Sauteuse, a Saulteaux Indian.

He attended local schools and at first he worked alongside his father on the family farm. Although he showed initial reluctance, Robert responded to the church’s call to mission service among the native peoples of Canada. He was ordained a priest in 1853 and took charge of the Islington Mission on the Winnipeg River. It was there that he discovered his gift for languages. There too he became fluent in the language of the Ojibway people and began to translate the Bible.

In 1862, CMS persuaded McDonald to establish a new mission at Fort Yukon. It was here, as later at Fort McPherson, where McDonald made his enduring contribution to the tribes of the Tinjiyzoo Nation.

He developed a written alphabet for the Tukudh language so that the people could read the Bible and other Christian texts. He also published a grammar and dictionary in Tukudh.

Over the next 40 years, working together with his wife, Julia, and other translators, he accomplished the translation of the whole of the Bible, the Book of Common Prayer, a hymnal and other texts.

While in the Northwest, he married a Gwitch’in woman, Julia Kutug, and they had nine children.

He was considered one of the more effective Anglican missionaries in the Canadian North, owing to his genuine respect of the First Nation people he worked and lived with, and his long-serving tenure.

However, CMS treated Robert McDonald as a “native” minister, and like most aboriginal ministers CMS paid him between a third and a half of what a British Anglican priest received. Nor did CMS pay him directly – instead, he was paid through credit to the accounts of English ministers. This treatment by CMS continued despite petitions from the Bishop of Rupert’s Land, Robert Machray. Even when he was appointed an archdeacon, he continued to be paid the same stipend, and his family needed to supplement their income with subsistence hunting.

In the winter of 1900, now at the age of 69, he noted in his journal that his wife Julia went on a rabbit-snaring trip, “but to no purpose I fear ... Opened a bag of flour, another besides remaining. Our stock of provisions runs low. Only two meals a day.”

Robert McDonald retired from CMS in 1904 and moved to Winnipeg, Manitoba, with Julia and their children. He lived in relative poverty and hardship, even into his old age. He died on 29 August 1913. He is buried in the cemetery of Saint John’s Anglican Cathedral, Winnipeg.

Creator God, whose hands hold the storehouses of the snow and the gates of the sea, and from whose Word springs forth all that is: We bless your holy Name for the intrepid witness of your missionary John Horden, who followed your call to serve the Cree and Inuit nations of the North. In all the places we travel, may we, like him, proclaim your Good News and draw all into communion with you through your Christ; who with you and the Holy Spirit lives and reigns, one God, in glory everlasting. Amen.

God of ice, sea and sky, you called your servant Robert McDonald and made him strong to endure all hardships for the sake of serving you in the Arctic: Send us forth as labourers into your harvest, that by patience in our duties and compassion in our dealings, many may be gathered to your kingdom; through Jesus Christ our Lord, who is alive and reigns with you and the Holy Spirit, one God, now and for ever. Amen.