Finding silver treasures on the sands of the ‘Gold Coast’ 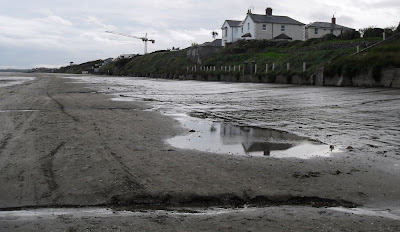 Silver treasures in the pools and sands of the beach at Laytown. Co Meath, this afternoon (Photograph: Patrick Comerford, 2011)

Life is good at the moment, despite feeling a little low with the symptoms of sarcoidosis and B12 deficiency – including the return of a nagging cough, pains in my knees and a nagging sensation of pins-and-needles under my feet. But I am still revelling in memories of a wonderful week in Thessaloniki last week in it is difficult to realise that it was only last weekend that I was in Liverpool.

The past week has been busy with academic work and meetings, and two late evenings at the Diocesan Synod. So this morning, after the Litany in the Chapel, and breakfast with students and an hour or two working in my study I headed out to the ‘Gold Coast’ of Co Meath. Well – it is a few weeks since I have had a walk on the beach.

But first I stopped for a little while by the banks of the River Nanny near Laytown. It is said mullet, trout, eels, gobies and flounder can be caught in this tidal estuary. But there are no salmon, and local folklore says Saint Patrick banished all the salmon from the river. Nearby, overlooking the river, is a spring known as Saint Patrick’s Well, but the access path to it is overgrown.

Salmon or no salmon, a pair of stately herons were standing on a mud bank in the water, blissfully ignoring the passing trains on the nearby Dublin-Drogheda line. 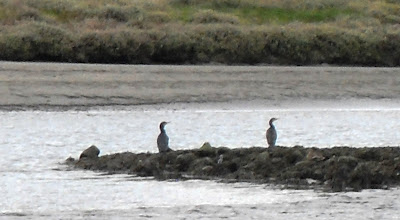 Two elegant herons on the banks of the River Nanny near Laytown this morning (Photograph: Patrick Comerford, 2011)

From Laytown, I walked north along the beach to Bettystown. Friday mornings seem to be a tranquil and peaceful to enjoy this beach. The tide was out, there was one ship on the horizon, and only two or three people were strolling along the sand.

This is the beach where the Tara Brooch was found in 1850. But the real treasures this morning were the pools and pebbles left in the sand by the receding tide, the birds hopping along the shoreline, the gentle ripple of tiny waves all along the coast, and the reflections of the houses above the dunes glistering in the silvery, watery sand. 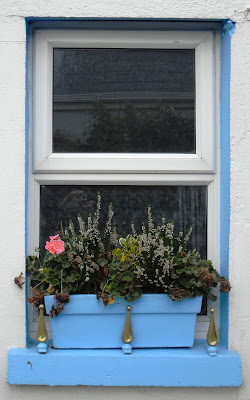 A window on life ... the courtyard at Relish in Bettystown at lunch this afternoon (Photograph: Patrick Comerford, 2011)

At Bettystown, two of us had lunch in Relish, which has become one of my favourite restaurants in this area. Although we had no booking, we were generously given a table looking out onto the courtyard, and with views out onto the beach and the sea.

It was a gentle stroll back to Laytown. On the dunes between the beach and the Church of the Sacred Heart, the 20-ft wooden cross looking out onto the sea was a reminder to give thanks for all that sustains me and the promises the future holds.

Back on the banks of the River Nanny, the pair of herons were joined by a third. Life goes on. I may have sarcoidosis ... but sarcoidosis will never have me. 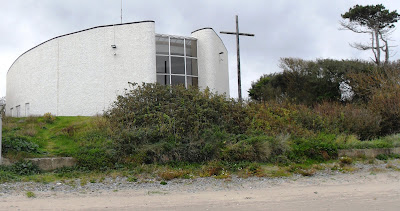 The 20-foot wooden cross on the hill behind the Church of the Sacred Heart in Laytown, looking out onto the beach and across to the Irish Sea (Photograph: Patrick Comerford, 2011)