The Romanesque church
in Murroe, close to the
gates of Glenstal Abbey 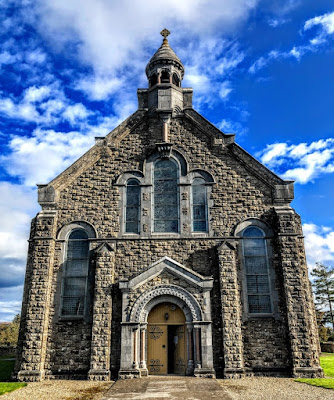 The Church of the Holy Rosary is a Romanesque-style Roman Catholic parish church in the village of Murroe in East Limerick. Murroe is in the Murroe-Boher Parish, and is one of group of parishes in east Co Limerick that are in the Archdiocese of Cashel and Emly and not in the Diocese of Limerick.

After visiting Glenstal Abbey at the end of the last week, I visited both Saint John’s Church, Abington, and the Church of the Holy Rosary in Murroe, both built on sites given by Sir Charles Barrington of Glenstal Castle.

The foundation stone of the church in Murroe was laid on 16 October 1904 by Thomas Fennelly, Archbishop Thomas Croke’s successor as Archbishop of Cashel and Emly. The church was dedicated in October 1906, although it was not consecrated until 1914. 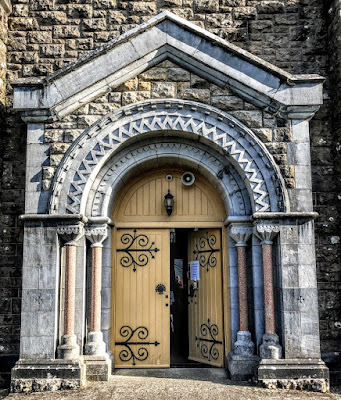 The gable-fronted entrance of the church with carved sawtooth motifs (Photograph: Patrick Comerford, 2020)

The church was designed by the Limerick architect, Joseph P O’Malley, who was born in Murroe, for the parish priest, the Very Revd JJ Duan. It was estimated that the church would cost £7,000, and the contractor was Thomas Williams of Borrisoleigh.

This Romanesque-style church stands on a prominent site in Murroe and is a striking building, with its campanile style bellcote. The combination of red sandstone with limestone produces an attractive textured and polychromatic visual effect, while the delicate carved detailing is the work of skilled craft workers.

The church has a gable-fronted projecting entrance and a carved limestone campanile-style bellcote with marble columns and cross finial at the front (west), a four-bay nave, two-bay transepts, a canted chancel and a two-bay single-storey sacristy at the rear (east). 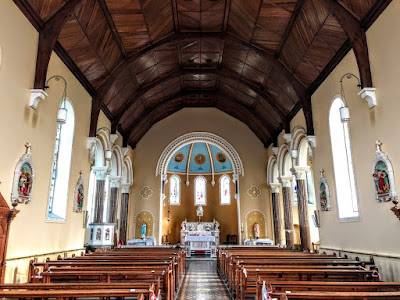 Inside, the church has a traditional plan, and the interior features with distinctive artistic merit include profiled timber joinery and exposed timber scissors truss roof and the mosaic-tiled panels, stained-glass windows.

James Watson and Co of Youghal, Co Cork, designed 21 windows in the church between 1910 and 1922, including 15 windows with the theme of the decades of the Rosary.

In addition, there are multifoil rose stained-glass windows in the north and south transepts.

The Carrara marble high altar (the ‘Coronation of the Blessed Virgin Mary’) is the work of the Dublin sculptor Edmund Sharp (1853-1930) for the parish priest, Father JJ Duan.

Other features inside include the geometric tiled floor, a round-headed arcade with marble columns and render capitals, the mosaic tiling in the chancel, and the wooden balcony at the west end. 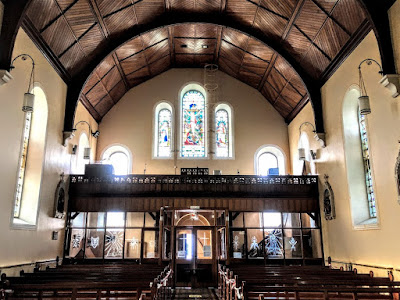 The architect Joseph P O’Malley (1867-1933), was the youngest of the 12 children of Michael O’Malley, a farmer, and his wife, Kate Fleming O’Malley (1820-1901), into a family associated with the Round House in the centre of Limerick for generations.

Kate Fleming O’Malley was the matriarch of the family. Her four daughters became nuns, while the rest of her family and her descendants included three Irish government ministers, Donough O’Malley, the legendary Minister for Education, Des O’Malley, founded of the Progressive Democrats, and Tim O’Malley; two Mayors of Limerick, Dessie and Michael B O’Malley; and two other Limerick Corporation members, Patrick O’Malley and his son Charlie.

Kate’s granddaughter, the writer and educator Dr Pamela O’Malley (1929-2006), moved to Barcelona in 1952, and was imprisoned twice in Spain by Franco’s regime. 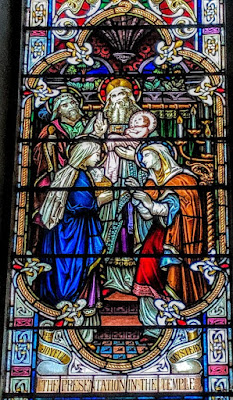 ‘The Presentation in the Temple’ … one of the windows by James Watson themed on the decades of the Rosary (Photograph: Patrick Comerford, 2020)

O’Malley also had a busy private practice in Limerick, working mainly with Catholic churches and convents, including the Mercy Convent in Nenagh, Co Tipperary, as well as domestic work in Limerick, Clare, Cork, Kerry and Tipperary. He was in partnership with Horace Tennyson O’Rourke in 1908-1910. 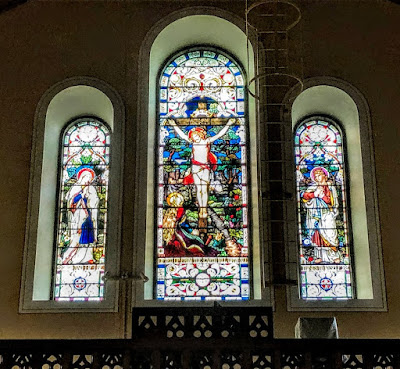 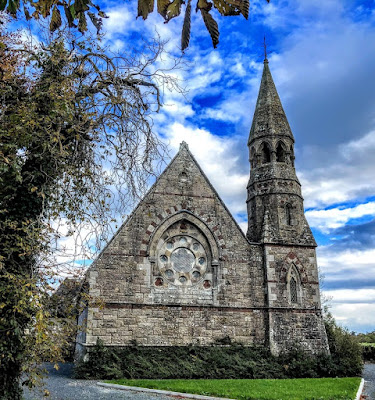 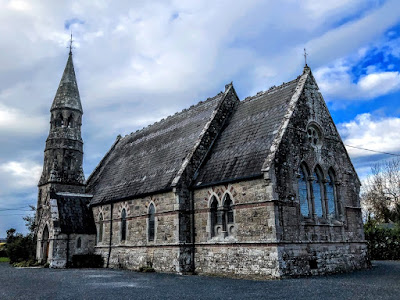 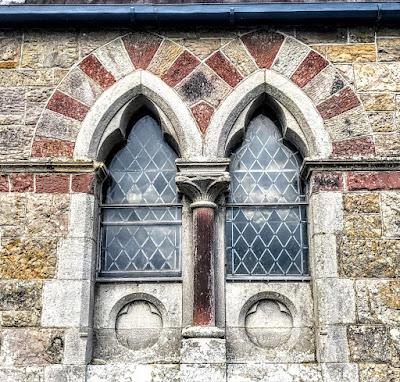 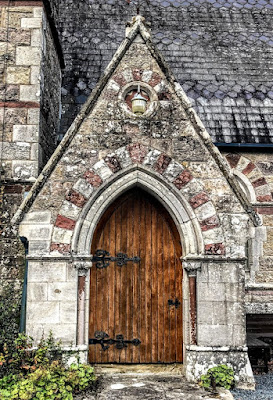 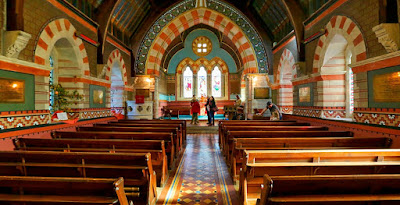 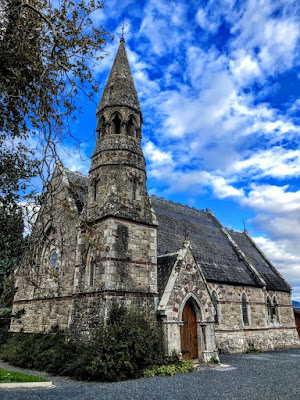