A summer afternoon of castles, beach walks and cricket

A view from Ardgillan demesne across Skerries Harbour and the islands of Skerries (Photograph: Patrick Comerford, 2011)

Summer returned to Dublin this afternoon, temperatures rose above 20, and it would have been remiss – after a week of rain and grey clouds – to miss this opportunity for a few hours in the countryside and a walk by the beach before heading off to Cambridge tomorrow.

On the road out to Skerries, I thought it a good idea to stop by at Ardgillan Castle, which stands on the elevated coastline between Balbriggan and Skerries, and is unique among Dublin’s regional parks for its magnificent views of the coastline. The park is of 194 acres of rolling pasture land, mixed woodland and gardens, where the densely-wooded grounds are a sanctuary for many mammals and birds.

From the area close to the carparks, I had panoramic views this afternoon down to Skerries Harbour and taking in Rockabill Lighthouse, Colt, Church, Shenick and Lambay islands, and views across to the Cooley and Mourne mountains, including Slieve Gullion, 40 miles north of Ardgillan. The sea was Aegean blue, and the sky was a clear Mediterranean blue, with hardly a cloud to be seen.

The name Ardgillan comes from the Irish ard choill, meaning “high wood,” and the demesne includes the ancient townlands of Kilmainham, Ardgillan and Baltray. Initially, the area was heavily wooded.

The district once belonged to the O’Casey family and then to the Earls of Tyrconnell. It is said locally that during the Cromwellian era in the mid-17th century, the lands were cleared by out-of-service soldiers and itinerant workers in return for a penny a day, sleeping accommodation and one meal. 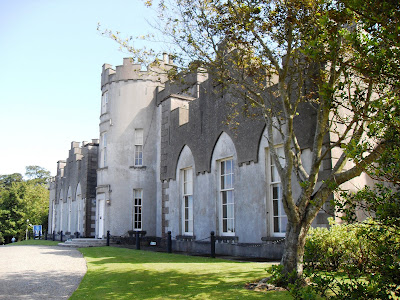 By 1658, the Down Survey records that Ardgillan was owned by a Dublin wine merchant, Robert Usher of Crumlin, and by 1737 the property had been bought by the Very Revd Robert Taylor, a former Dean of Clonfert and one of the Headfort Taylors, whose grandfather had worked with Sir William Petty on the Down Survey.

Dean Taylor was born in Cheshire in 1689, and became successively Archdeacon of Kilmacduagh in 1714 and Precentor of Clonfert in 1722. He was Dean of Clonfert in 1726, but resigned within months. Some years earlier, he had bought the townlands of Ballymad and Leytown, between Balbriggan and Skerries, in 1721, and he used money inherited from his sister who died in 1724 to buy the adjoining townlands of Ardgillan and Baltry in 1737.

The dean then set about building a new home, Prospect House, on a site then known as Mount Prospect in Ardgillan. He had a marble plaque, inscribed in Latin, installed in the drawing room, reading:

With the Lord’s favour, Robert Taylor, Dean of Clonfert, built this house in the year of Salvation 1738.
May falsehood, quarrelling, shouting, grief, anger be far from here.
Let friendship, soothing rest, generous plenty, truth unadorned and a wealth of fun be present.
Thus dry lipped we pray when day begins and so we pray flushed with wine when the sun sinks beneath the ocean.

Not really a castle

When Dean Taylor died in 1744, Prospect House and the estate passed to his eldest brother, Sir Thomas Taylor, and through him to the Earls of Bective and the Marquesses of Headfort. The antiquary Austin Cooper later described Prospect House as “a country seat of Lord Bective’s.”

Although called a castle, Ardgillan is really a large country house with castellated embellishments, and the west wing and east wing were added to Dean Taylor’s original house in the late 1700s. It is a two-storey over basement house, and it extends out under the lawns on the south side of the building. The ground and first floors were the living areas, while the west wing and east wing were the servants’ quarters and estate offices. The basement was the service floor, the kitchen and stores.

Ardgillan remained the family home of the Taylor or Taylour family for more than 200 years until 1962, when the estate was bought by Heinrick Pott of Westphalia. Dublin County Council bought Ardgillan Demesne in 1982, and Ardgillan was opened to the public as a Regional Park in June 1985.

The house and estate are managed by Fingal County Council. The castle has been restored and the ground floor rooms and kitchens are open for guided tours, with tea-rooms off the main reception area. The former bedrooms upstairs are used for classes and exhibitions including a permanent exhibition of the Down Survey colour maps and text. Rooms are also available for small group meetings and workshops. 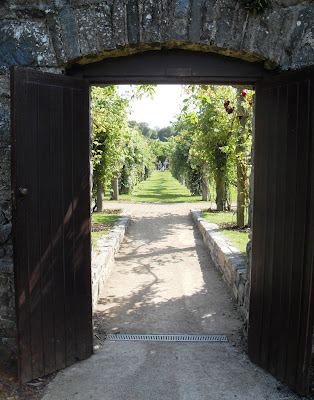 What was once an arable farm has been transformed into a public park, with five miles of footpaths through the demesne, some along old avenues, others newly constructed, providing woodland walks and expansive views of the sea and the coast.

The gardens are set out in two main parts, the formal garden to the west of the house and the walled garden to the north-west. The formal garden has been replanted using the layout of the 1865 Ordnance Survey map. A wide collection of roses have been planted from species and old varieties around the perimeter, climbing roses on the pergola and “Hybrid Ts” and “Floribundas” in the centre beds. 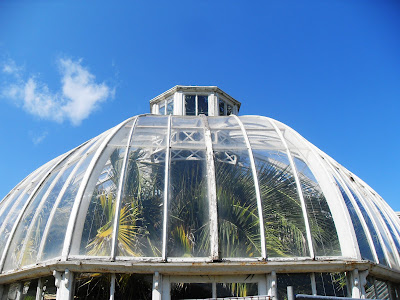 The final stage of the development of the Rose Garden involved rebuilding the Victorian conservatory, built by McKenzie and Moncur in the 1880s originally for the Jameson distillery family of Seamount, Malahide. It is said to be a replica of a glasshouse built at Balmoral for the British royal family. It was donated in the 1990s by the present owners of Seamount, the Tracey family, but is closed to the public at present for renovations.

The walled garden was originally a Victorian-style kitchen garden, supplying fruit, vegetables and cut flower for Ardgillan House. It is two acres in size, and is subdivided into five separate compartments, each with a different theme.

The herb garden uses herbs suitable for culinary, medicinal, dyeing and potpourri needs, as well as plants specifically attracting bees and butterflies. The vegetable pottage demonstrates the variety of vegetables that can be grown in a small area and yet look attractive.

The “Irish Garden” is constantly increasing its collection of plants of Irish origin, including native species or varieties and plants named after Irish collectors. This section also includes an unusual free-standing “Fruit Wall” with 20 alcoves used for growing more tender fruit such as peaches, nectarines and pears etc.

The “Four Seasons” garden shows the variety of plants that flower, fruit or have ornamental bark in a particular season.

The Yew Walk south of the house was planted in 1800s during the lifetime of Marianne Taylor, wife of the Revd Henry Edward Taylor, and was the favourite walk of Captain Edward Taylour (1863-1938).

After strolling through these gardens, two of us returned to the main house, and sat in the afternoon sunshine sipping coffee on the terrace, looking out over the ha-ha wall onto the grassy open land spreading before us. 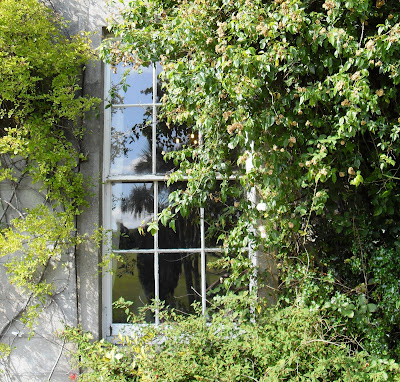 A window onto the terrace at Ardgillan Castle (Photograph: Patrick Comerford, 2011)

We left the estate close to the Lady’s Stairs, a footbridge over the Balbriggan-Skerries road and Dublin-Belfast railway line, which runs along the north-east boundary of the demesne. The bridge is a link between the demesne and the beach at Barnageera.

From Barnageera, there were perfect views across to the harbour in Skerries. From the harbour, we walked along the North Beach, met some old friends. Families were picnicking, a number of people were kayaking, some were swimming, the tide was gently rolling against the pebbles on the beach, and there was a silver shimmer on the water.

Later, we strolled through the back lanes of Skerries, and stopped for a short time to watch a cricket match at Rush Cricket Club, across the road from Kenure Church. It was a bliss-filled afternoon.

Summer is truly with us again. 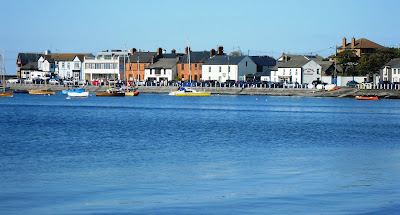 Posted by Patrick Comerford at 23:46 No comments: