Three choices of music for a Sunday evening

I was interviewed this afternoon in the Dundrum Town Centre studios of Dublin South Radio (93.9 FM) by my colleague, the Revd Niall Sloane of Taney Parish for the Vision programme, which is broadcast at 5.30 p.m. on Sunday evenings.

This programme is due to go out on Sunday 4 September, and we talked about my new role as Lecturer in Anglicanism and Liturgy in the Church of Ireland Theological Institute, and he asked me select three pieces of music for the interview.

Niall asked me to choose an opening prayer, a Scripture reading, and three pieces of music for this programme. For my opening prayer I used the first collect at Compline in the Book of Common Prayer of the Church of Ireland:

Lighten our darkness, we beseech thee, O Lord; and by thy great mercy defend us from all perils and dangers of this night; for the love of thy only Son, our Saviour, Jesus Christ. Amen.

Beloved, let us love one another, because love is from God; everyone who loves is born of God and knows God. Whoever does not love does not know God, for God is love. God’s love was revealed among us in this way: God sent his only Son into the world so that we might live through him. In this is love, not that we loved God but that he loved us and sent his Son to be the atoning sacrifice for our sins. Beloved, since God loved us so much, we also ought to love one another. No one has ever seen God; if we love one another, God lives in us, and his love is perfected in us.

By this we know that we abide in him and he in us, because he has given us of his Spirit. And we have seen and do testify that the Father has sent his Son as the Saviour of the world. God abides in those who confess that Jesus is the Son of God, and they abide in God. So we have known and believe the love that God has for us.

God is love, and those who abide in love abide in God, and God abides in them.

Obviously, therefore, the themes of the light and love of God permeated the programme. I talked about how these themes have been constant in my life since I was a 19-year-old and first experienced them in the Chapel of Saint John’s Hospital in Lichfield 40 years ago in the summer of 1971.

I chose Leonard Cohen’s If It Be Your Will, first recorded in 1984 on his album Various Positions; a recording by the choristers of Lichfield Cathedral of The Song of the Tree of Life by Ralph Vaughan Williams; and Méra Magioú, sung by Grigoris Bithikotsis.

Leonard Cohen on stage at Lissadell House last year … he ends most of his concerts singing ‘If It Be Your Will’ (Photograph: Patrick Comerford, 2010)

Leonard Cohen, If It Be Your Will

Leonard Cohen is first and foremost a poet, and a deeply spiritual poet. He is Jewish and draws from Jewish religious and cultural imagery throughout his work. Examples include the Story of Isaac and Who by Fire, the words and melody of which echo the Unetaneh Tokef, an 11th-century liturgical poem recited on Rosh Hashanah and Yom Kippur. The popular Hallelujah begins by evoking King David composing a song that “pleased the Lord” and draws on the stories of Bathsheba and Samson. The lyrics of Whither Thou Goest from Ruth’s pledge to Naomi (see Ruth 1: 16-17).

The poem If It Be Your Will has a strong air of religious resignation. Cohen ends most of his concerts singing this poem, which for me is about submission to God’s will, accepting God’s will, leaving God in control of my spirit. All poets, writers and journalists should be humbled and be prepared to be brought to silence by the words of this poem: 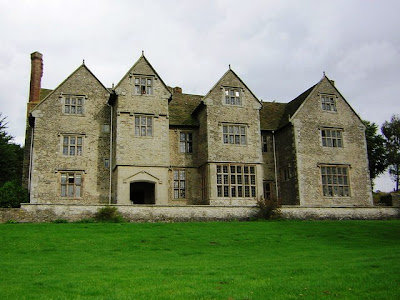 Wilderhope Manor ... an introduction to the music of Ralph Vaughan Williams 40 years ago

Vaughan Williams, The Song of the Tree of Life

My second choice was The Song of the Tree of Life by Vaughan Williams, recorded by the choristers of Lichfield Cathedral.

I was first introduced to the music of Vaughan Williams when I was 19 and I was staying in Wilderhope Manor on the slopes of Wenlock Edge. It was 1971 and I was walking through Shropshire. Appropriately, the warden of the youth hostel suggested I should listen to Vaughan Williams’s On Wenlock Edge, in which the dominant theme of love outweighs the expressions of disillusionment at the sacrifice and death of the young soldiers in World War I.

Bishop Edward Darling and Donald Davison, in their Companion to Church Hymnal, say: “Many would claim he was the greatest 20th century English composer.”

Vaughan Williams was a vicar’s son from Gloucestershire and studied under the Irish composer Charles Villiers Stanford. His second wife, Ursula Wood, claimed he was an “atheist … [who] later drifted into a cheerful agnosticism.” But Vaughan Williams is a deeply mystical and spiritual composer, and many of his works have religious subject-matters.

His hymn settings include To be a pilgrim, based on John Bunyan’s hymn Who would true valour see; the tune for William Walsham How’s For All the Saints; the tune for the carol O Little Town of Bethlehem; and his setting for Come Down, O Love Divine. He wrote settings for canticles, carols and masses.

With Percy Dearmer and Martin Shaw, Vaughan Williams can be credited with the revival and spread of traditional and mediaeval English musical forms. Without Vaughan Williams, it is impossible to imagine the English Hymnal (1906), Songs of Praise (1925) and The Oxford Book of Carols (1928) which he edited with Percy Dearmer, and which have shaped much of modern Anglican worship and liturgy. 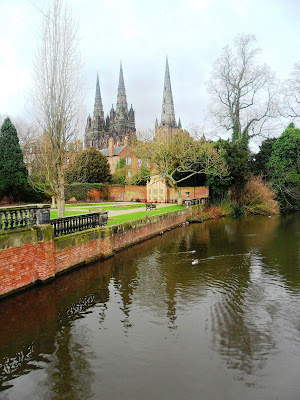 The Song of the Tree of Life, which I chose this afternoon, was recorded by the choristers of Lichfield Cathedral, and is a revised version of one of the songs from a setting of John Bunyan’s Pilgrim’s Progress as an opera by Vaughan Williams.

It was recorded in Hawksyard Priory in Armitage on 15 and 16 June 1998. Both Lichfield Cathedral and Hawksyard Priory played important roles in my early faith as a 19-year-old, immediately after returning from Wenlock Edge and mu introduction that summer in 1971 to the music of Vaughan Williams.

The words are adapted from Revelation 2, and they say:

In these words, the author of Revelation, Bunyan, and Vaughan Williams link the death on the Cross with the Tree of the Life, the Crucifixion outside Jerusalem with the hope for the New Jerusalem. If this is where Vaughan Williams placed his hope, then he shared in the Easter hope that I hope I shared in this afternoon’s interview. 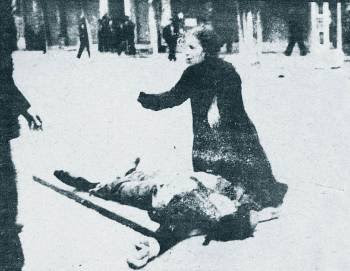 My third choice was a Greek tragic song, Méra Magioú, sung by Grigoris Bithikotsis (Γρηγόρης Μπιθικώτσης). I visit Greece two or three times a year – I was in the tiny island of Kastellórizo in the Dodecanese, off the coast of Turkey last month, and hope to visit Thessaloniki later this year.

Grigoris Bithikotsis was a popular Greek singer and songwriter whose career spanned five decades. From 1959, he worked closely with the Greek composer Mikis Theodorakis (Μίκης Θεοδωράκης), interpreting the works of poets like Ritsos and Seferis. This recording of Méra Magioú is their popular interpretation of Canto VI in the epic poem Epitaphios by the Greek poet Yiannis Ritsos (Γιάννης Ρίτσος, 1909-1990).

Ritsos and his poetry were banned at different times by regimes and colonels in times in Greece. His Epitaphios tells the story of a mother who finds her son’s on the streets of Thessaloniki when he was murdered during a strike in 1936. Pieta-like, she weeps over his body, but finds strength in the courage and commitment of his comrades.

There are many other popular interpretations of this piece – particularly by Maria Farantouri, but also by Agnes Baltsa and others, including Nana Mouskouri.

On a day in May you left me, on that May day I lost you,
in springtime you loved so well, my son, when you went upstairs,
To the sun-drenched roof and looked out and your eyes never had
their fill of drinking in the light of the whole wide world at large.

With your manly voice so sweet and so warm, you recounted
as many things as all the pebbles strewn along the seashore.

My son, you told me that all these wonderful things will be ours,
but now your light has died out, our brightness and fire are gone.

Ritsos, Bithiokotsis and Theodorakis all suffered exile and imprisonment for their political views. This poem and its interpretation by Theodorakis and many popular Greek singers, remain popular throughout Greece, and have many resonances for Greeks today in their present economic and fiscal crisis.

Posted by Patrick Comerford at 16:48 No comments: