A feast of music in Christ Church Cathedral 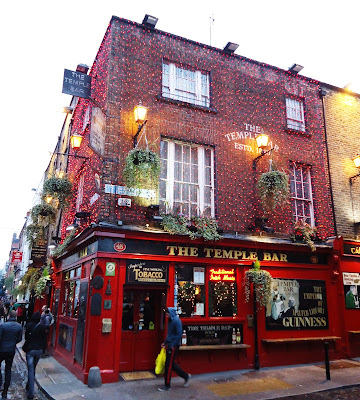 I spent an hour or so this afternoon, between the Cathedral Eucharist and Choral Evensong, browsing through the books shops and second-hand book barrows in Temple Bar. But the winter rain was a bit of a dampener, and many of the stallholders were closing their barrows earlier than usual. 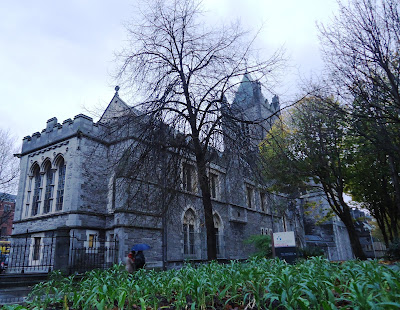 This last Sunday before Advent marks the end of Ordinary Time. But today [25 November 2012] is also the Sunday nearest the Feastday of Saint Cecilia, the patron saint of musicians and Church Music.

It said that as the musicians played at Saint Cecilia’s wedding she “sang in her heart to the Lord,” and that when she was dying, she sang to God. She was martyred in Sicily during the reign of the Emperor Marcus Aurelius ca 176-180, and her feastday is celebrated on 22 November.

She is often depicted playing the organ or another musical instrument. Musical societies and conservatories frequently have been named in honour of Saint Cecilia, and I was honoured some years ago by being elected a Fellow of the Academy of Saint Cecilia, a learned society with an interest in early music [http://www.academyofsaintcecilia.com/index.shtml].

She is celebrated in poems by John Dryden and Alexander Pope, and music by Henry Purcell, Greorge Frideric Handel, Charles Gounod and Benjamin Britten, who was born on 22 November.

The setting for the Cathedral Eucharist this morning was the Mass in E Flat by Josef Gabriel Rheinberger (1839-1901), sung by the Cathedral Choir. Rheinberger, who was born in Liechtenstein, was a prolific composer. His religious works include 12 masses – one for double chorus, three for four voices a cappella, three for women's voices and organ, two for men’s voices and one with orchestra – a requiem, and a Stabat Mater.

We also had music from Handel and Anton Bruckner this morning.

Winter rain caused many of the book barrows in Temple Bar to close early this afternoon (Photograph: Patrick Comerford, 2012)

After four of us went to lunch in The Larder in Parliament Street, I went on to rummage through the book barrows and bookshops of Temple Bar, but I was back in the cathedral again for Choral Evensong at 3.30. The Preces and Responses were by Philip Radcliffe, and the canticles Magnificat and Nunc Dimittis, from Charles Wood’s Evening Service in F (Collegium Regale).

A day of music came to a close with the presentation by Archbishop Michael Jackson of certificates to students who have been successful in the organ exams on the Archbishop’s Certificate Course in Church Music organised by Church Music Dublin, a committee in the Dioceses of Dublin and Glendalough.