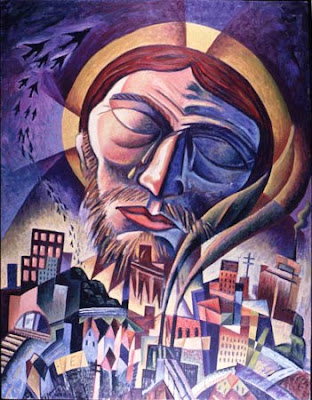 I am presiding at the Community Eucharist in the chapel of the Church of Ireland Theological Institute later this afternoon [24 February 2016], when the preacher is my colleague, the Revd Dr Patrick McGlinchey.

These illustrations of paintings by James B Janknegt and Stanley Spencer are reproduced in the brochure for this evening’s Eucharist.

During this week in the chapel we have been exploring the theme of ‘Catholic Spirituality,’ and James B Janknegt is a Roman Catholic artist based in Texas who paints oil paintings portraying Christ or illustrating parables and Biblical stories.

Jim was born in Austin, Texas, and attended art school at the University of Texas in Austin and graduate school in Iowa City. In his teens, he was a part of The Well, a trans-denominational coffee house, where he painted murals on the walls and sang in the folk group. When he returned to Austin he became part of Saint David’s Episcopal Church, where he took part in the contemporary folk mass and illustrated several mass booklets. Jim and Melissa Janknegts moved from Austin to Elgin in 1998, and became Roman Catholics in 2005.

This introduction to the readings and hymns is also published in this evening’s brochure:

This evening’s readings, collect, preface and post-Communion prayer are those for the Second Sunday in Lent. Two of our hymns are from the new supplemental hymnal, Thanks and Praise. This is Lent, so we are not singing Gloria this evening, but we are singing the Lenten Prose as our confession.

Processional Hymn: ‘Our Father, we have worshipped’ (Thanks and Praise, 116) by Monsignor Kevin Nichols (1926-2006), is a hymn of lament that is appropriate in Lent. Professor Nichols was a teacher for most of his working life and a member of the International Committee for English in the Liturgy (ICEL). His words are based on the story of the Prodigal Son (see Luke 15) and remind us of our unworthiness and the grace of God. The tune ‘Salley Gardens’ is an Irish folk melody originally known as ‘The Maids of Mourne Shore.’ The arrangement for Thanks and Praise is by the Revd Dr Peter Thompson, Succentor of Armagh Cathedral.

The Lenten Prose: (Church Hymnal, 208) dates back to the Brieviary of the Mozarabic rite in the Iberian Peninsula before the 11th century. This version was adapted by Dom Pothier, using additional material from the Paris Processional (1824) and was published by Solesmes Abbey in Variae Preces (1895). The plainsong tune was adapted by Martin White, former organist of Saint Patrick’s Cathedral, Armagh.

Offertory: ‘We come as guests invited’ (Church Hymnal, 451) was written in 1975 by Bishop Timothy Dudley-Smith (b. 1926). The tune ‘King’s Lynn’ was collected by Vaughan Williams in the Norfolk town in 1905, although he had heard it earlier in East Hordon, Essex, and he first paired it with GK Chesterton’s ‘O God of earth and altar.’

Post Communion Hymn: ‘We shall go out with hope of resurrection’ (Thanks and Praise, 158) is by the Revd June Boyce-Tilman, Professor Applied Music at the University of Winchester. It sends us out with ‘tales of a love that will not let us go … including all within the circles of our love.’ The tune Isle of Innisfree is by the Irish composer Dick Farrelly (1916-1990), and was the principal musical theme of the film The Quiet Man (1952). It was arranged for Thanks and Praise by Jacqueline Mullen. 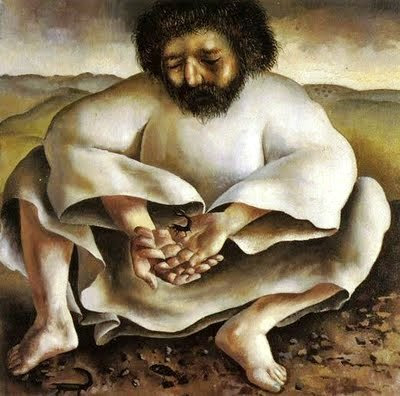 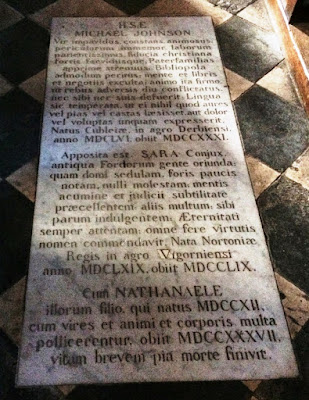 ‘And all our yesterdays have lighted fools / The way to dusty death’ … The Johnson family memorial, with the inscription commissioned by Samuel Johnson commemorating his father, mother and brother (Photograph: Patrick Comerford, 2015)

So often, in Lent as in every other time of the year, we live in our yesterdays, rather than living in today and hoping for tomorrow.

Yesterday was defined by Johnson defined in his Dictionary in these words: