2021: a year that was marked by
conflict, Covid and climate change,
but surrounded by love 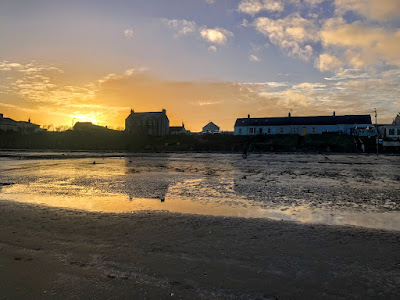 The sun sets on 2021 … sunset on the beach in Bettystown, Co Meath, this week (Photograph: Patrick Comerford, 2021)

Last year opened with Trump’s attempted but failed coup in Washington in January 2021. I find it amazing – I find it unbelievable – that Donald Trump and many of his close aides are still not behind bars and that he is plotting a political comeback.

As The Irish Times commented last week (24 December 2021), this has been a year that was marked by conflict, climate change and the Covid pandemic.

The conflicts in Yemen, Syria and Afghanistan raged throughout the year, although they seem be forgotten in most news bulletins this week.

The demands for climate justice seem to have met with a feeble response at the COP26 Conference in Glasgow, and the forest fires, the high waves and storms, and polar ice-cap melting continue to ruin the lives of the poorest and most vulnerable.

And Covid-19 continues to mutate and is spreading rapidly despite the science deniers and in the face of people continuing to wear face-coverings in public places.

It was a year that has seen few real efforts to deal with the continuing problems facing refugees, asylum-seekers and homeless people.

Despite the crises facing us this year, Ireland continues to see impressive economic growth, and all the forecasts predict that this growth is going to continue in 2022. Yet as I walked along Gardiner Street in Dublin earlier this week, I was saddened to see so many homeless families are housed in unsuitable hotel rooms that were designed to cater for budget travellers and backpacking tourists.

Racism and antisemitism continue to rise throughout the world, stoked by the false rhetoric of Trump and his likes and by the continuing rise of the far right.

When 2021 began, the churches were closed, and I was recording my sermons for my YouTube channel, and streaming them through my blog and on Facebook and Instagram pages. But I continued to do this with sermons and school assembly talks after the churches reopened, and find I am now exploring new opportunities in ministry.

Over the space of 12 months or so, I have had seven funerals in the Rathkeale and Kilnaughtin Group of Parishes. It is always a privilege to do this for a grieving family. But there has been the joy too that comes from Baptisms and Weddings and in home visits.

On the other hand, I am probably ‘Zoomed-out’ at this stage from meetings that have taken place on line: vestries, diocesan council, diocesan synod, general synod, school boards for Askeaton, Rathkeale and Dromcolliher, diocesan clergy meetings, electoral college meetings, area ministry meetings, board meetings …

The list seems endless, without the benefit of face-to-face contact with the people whose company I enjoy. An on-line meeting of General Synod or the annual USPG conference, for example, is no substitute for the opportunities real meetings give for developing and enhancing friendships.

There was some compensation for this when the annual residential conference of clergy in the newly amalgamated Diocese of Tuam, Limerick and Killaloe took place in the Dunraven Arms Hotel … although Adare was not very far away from Askeaton.

My six-year term has come to an end as a trustee of the Anglican mission agency USPG (United Society Partners in the Gospel), although I am already finding new ways of being involved in the life of USPG, including contributing to a 24-year day of prayer for mission at the end of November, and contributing to a Lenten study for 2022.

I also missed regular return visits to Lichfield, and plans to spend Orthodox Easter in Crete were scuppered.

Eventually, when travel outside Ireland became possible, the first three places to return to were Crete, Lichfield and Venice. In Crete, I stayed in September in La Stella in Tsesmes, near Rethymnon, and also visitewd the monasteries in Arkadi and Preveli, and mountain villages such as Maroulas. In Lichfield in October, I stayed in the Hedgehog Vintage Inn and followed the daily liturgical cycle in Lichfield Cathedral, as well as visiting the chapel in Saint John's Hospital and Coventry Cathedral. In Venice in November, I was staying in the Hotel San Cassiano in the Ca’ Favretto on the Grand Canal, and also visited the Lido, Burano and, for the first time, Padua. However, I never did get back to Cambridge this year. 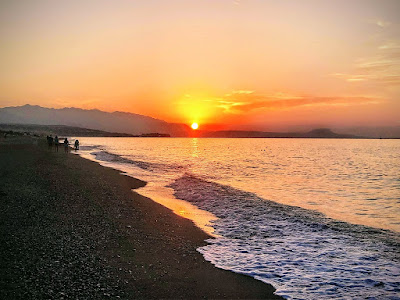 Sunset behind the Fortezza in Rethymnon seen from Pavlos Beach in Platainias (Photograph: Patrick Comerford, 2021)

None of the year’s restrictions limited or interrupted my walks on beaches from Bettystown and Bray to Ballybunion and Beale Strand, and walks by the River Deel in Askeaton and Rathkeale, the Shannon in Limerick, the Nore in Kilkenny, the Blackwater in Cappoquin and Lismore, and the River Liffey at Islandbirdge.

I continue to blog every day and to write regularly. There have been chapters in books, including two chapters in Birth and the Irish edited by Salvador Ryan, book reviews in the The Irish Theological Quarterly, papers for Studies on Afghanistan and for Koinonia on Lichfield, photographs used in books and journals, features for ABC News in Askeaton, and an occasional contribution to The Irish Times.

The Church year ended with the retirement of Bishop Kenneth Kearon in Limerick and Bishop Patrick Rooke in Tuam, and the death of Archbishop Desmond Tutu in Cape Town.

Of course, I am humbled by and grateful for the love that has surrounded and sustained me throughout 2021.

I have been double vaccinated in the past year, and received my booster jab in Limerick in recent weeks. The best present you can give to anyone for 2022 is to make sure your vaccinations are up-to-date, to wear a facemask, and by your actions to continue to counter the folly of the science deniers and anti-vaxxers. 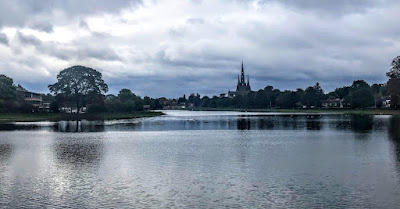 With the Saints through Christmas (7):
1 January 2022, the Naming of Jesus 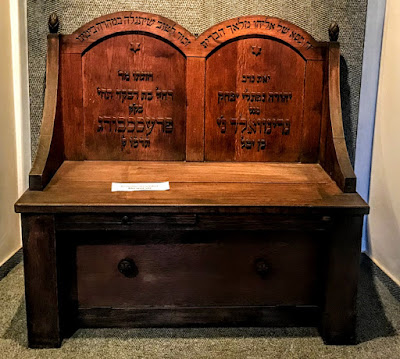 Elijah’s Chair, used at the circumcision of a Jewish boy when he is eight days old (Photograph: Patrick Comerford)

Today is New Year’s Day, and before this day begins, I am taking some time early this morning for prayer, reflection and reading.

However, instead of reflecting on the life of a saint this morning, I am thinking of how this day is marked in the Church Calendar as the Naming and Circumcision of Jesus.

This feast has been observed in the Church since at least the sixth century, and the circumcision of Christ has been a common subject in Christian art since the tenth century. A popular 14th century work, the Golden Legend, explains the Circumcision as the first time the Blood of Christ is shed, and thus the beginning of the process of the redemption, and a demonstration too that Christ is fully human.

This feast day is also a reminder that the Christ Child is born into a family of faith. He is truly God and truly human, and in his humanity he is also born a Jew, into a faithful and observant Jewish family.

The festival of the Naming and Circumcision of Jesus provides a much-needed opportunity to challenge antisemitism in the world today, remembering that Christ was born into a practicing, pious Jewish family, and that January 2022 also marks the 77th anniversary of the liberation of the concentration camps, including Auschwitz and Birkenau.

Saint Luke does not say where the Christ Child was circumcised, although great artists – Rembrandt in particular – often place the ritual in the Temple, linking the Circumcision and the Presentation, so that Christ’s suffering begins and ends in Jerusalem. 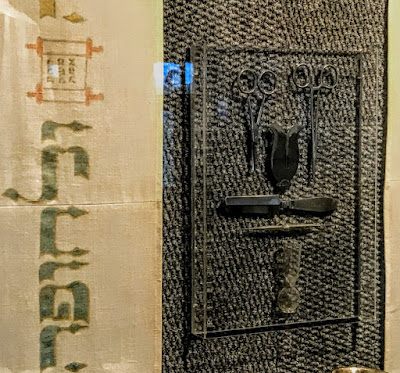 The instruments used by a mohel at Circumcision … an exhibit in the Jewish Museum in Bratislava (Photograph: Patrick Comerford)

The Prayer in the USPG Prayer Diary today (1 January 2022) invites us to pray:

Heavenly Father, we thank You for coming into the world through Jesus. May we follow Your calling and know we are loved.

The railway tracks at Auschwitz-Birkenau … January 2022 marks the 77th anniversary of the liberation of the concentration camps, and the Circumcision and Naming of Christ is a moment to challenge antisemitism (Photograph: Patrick Comerford)