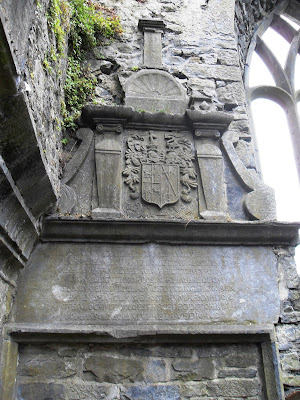 I am in Callan, Co Kilkenny, this evening [2 August 2013] for the launch of a new history book in Colaiste Eamann Rís (Edmund Rice CBS College).

The new book, Callan 800 (1207-2007), History & Heritage, Companion Volume contains 19 chapters written by both nationally known and local historians. This is a hardback book running to 380 pages, and it is published by Callan Heritage Society, which was founded in 1982.

The book is being launched this evening by Joe Kearney of RTÉ Radio 1’s Sunday Miscellany, a well-known author, broadcaster and documentary film-maker, who is from Callan.

The book, which is edited by the local historian Joe Kennedy, is published by Callan Heritage Society. The book launch is also a ‘Gathering’ event and is part of the programme for this year’s eight-day Abhainn Rí Festival. Last night [Thursday 1 August], as partof Abhainn Rí’s many free evenings of entertainment, : Reading with Joe Kearney had an evening of intimate readings, Down Memory Lane, in the The Big Wheel, Callan.

This new volume has 19 chapters written by both local and nationally known historians. One major chapter details the fate of the more than 40 Callan soldiers who died in World War I (1914-1918), and the battles they were involved in.

Another chapter gives a very comprehensive account of the tragic Irish Civil War (1922-1923) in the Callan area.

In addition, the book includes a number of maps unique to the area, and databases to aid people tracing their ancestors. 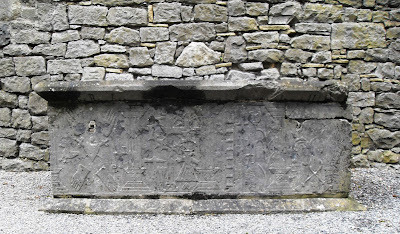