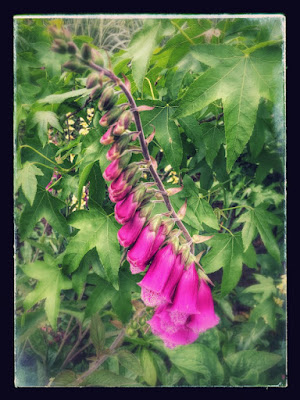 I am back in Lichfield this evening [23 October 2015], staying in the city centre overnight after a working day in Birmingham as a trustee of the Anglican mission agency Us (formerly USPG) and with Us volunteers from dioceses in the Midlands.

It was announced yesterday [22 October 2015] that Beacon Park has come first in the Midlands and twelfth in “Keep Britain Tidy’s People's Choice award.”

After being awarded its fifth consecutive Green Flag by Keep Britain Tidy in the summer, Lichfield District Council asked residents to get behind Beacon Park and to vote for it to win the People’s Choice award.

The honour went to Victoria Park in London, but Lichfield District Council is still celebrating after Beacon Park came twelfth out of more than 1,500 parks throughout Britain.

Councillor Andy Smith, Lichfield District Council's cabinet member for leisure and parks, said: “We’re all thrilled that Beacon Park has been voted the top park in the Midlands and twelfth in the country. It’s such a special park and we know how much locals and visitors enjoy the gardens, playground, sport facilities, woodland and programme of events.”

The People’s Choice competition is organised by the Green Flag Award scheme, which recognises and rewards the best green spaces in Britain and beyond. 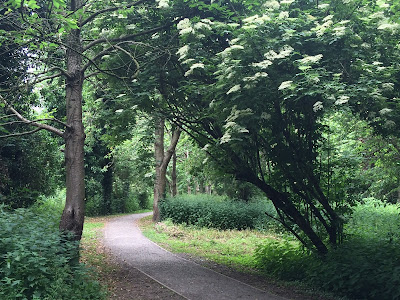 A day of mission stories in
Birmingham with Us volunteers I am in Birmingham today [23 October 2015] as a trustee of the Anglican mission agency Us (the United Society, previously known as USPG), for an Us Volunteer Day Programme in the offices of the Diocese of Birmingham at 1 Colmore Row.

A large number of staff with diocesan-wide roles are based in the Church of England offices on Floors 7 and 8, where the staff of Saint Philip’s Cathedral also have their offices.

We are starting with tea and coffee at 10.30 and a brief time of worship at 10.45. The day’s programme includes an update on Us and the work of Us, including a time for sharing stories, news about recent campaigns and appeals, and an introduction to some recent new resources.

After lunch, we are looking at what’s coming up, including Harvest, Advent and Lent 2016. There is time for volunteers to share ideas for events and communications to support and build up the network of parish contacts, as well as training in data protection before final questions, comments or thoughts, closing prayer and farewells at 4 p.m.

The diocese was formed from parts of the dioceses of Worcester and Lichfield 110 years ago in 1905, when Saint Philip’s Church in the city centre became the cathedral of the new diocese. This is the third smallest cathedral in England, after Derby and Chelmsford.

Saint Philip’s was designed by the architect Thomas Archer (1668-1743), who had returned from the Grand Tour of Europe. Italian architecture, especially the work of Gian Lorenzo Bernini, had left a deep impression on him, and he had formed a friendship with Francesco Borromini.

The dome and cupola of the cathedral are unique for an English cathedral. Archer modelled them on the mid-17th century dome of Santa Maria della Salute in Venice. But then Birmingham has more canals than Venice –Birmingham has 35 miles, while Venice has only 26 miles.

The church was consecrated 300 years ago in 1715, and was dedicated to Saint Philip the Apostle as a tribute to the Philips family who donated the site. The tower was completed by 1725, and King George I granted £600 towards the final stages of completion.

Since 2006, the Bishop of Birmingham is the Right Revd David Urquhart. When he was Bishop of Birkenhead, in the Diocese of Chester, we travelled through China, visiting churches and theological colleges as part of a delegation from Churches in Britain, Ireland and Germany. 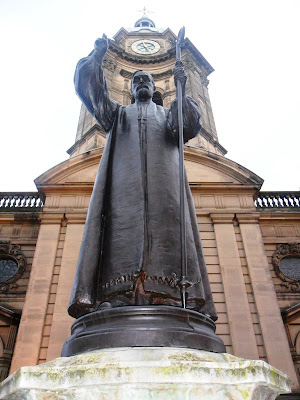 Charles Gore, the first Bishop of Birmingham, was the son of Irish-born parents … his statue stands at the west entrance of Saint Philip’s Cathedral (Photograph: Patrick Comerford)

The first Bishop of Birmingham (1905-1911) was Charles Gore (1853-1932). He had previously been Bishop of Worcester, and later became Bishop of Oxford. A statue of Bishop Gore, vested in convocation robes and with his right hand raised in blessing, stands at the west entrance. Gore, who became the first Bishop of Birmingham in 1905, was one of the greatest English theologians. He was a socialist and the leading Anglo-Catholic of the day, edited Lux Mundi (1889), and was the founder of the Community of the Resurrection in 1892.

Since last month, the Right Revd Anne Elizabeth Hollinghurst has been the Bishop of Aston and a suffragan bishop in the Diocese of Birmingham. Previously, she was Vicar of Saint Peter’s, St Albans.

Her appointment as the 10th Bishop of Aston was announced on 2 July 2015, and she was consecrated by Archbishop Justin Welby of Canterbury in Saint Paul's Cathedral, London, last month [29 September 2015].

Bishop Hollinghurst’s research interests include feminist theology, gender and the language of God, and Christian Spirituality. She recently contributed a chapter on Franciscan Spirituality and Nature to the book Earthed.

Today’s Volunteer Day is expected to end at 4 p.m., and I hope to be back in Lichfield later today in time for Evening Prayer in Lichfield Cathedral. 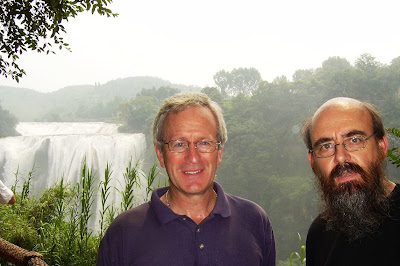