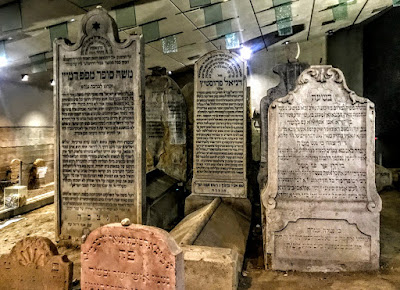 During my visit to Bratislava, the capital of Slovakia, at the end of 2019, I visited the Chatam Sofer Memorial, a unique Jewish heritage site. This is revered by many Orthodox Jews as the most sacred burial ground and place of pilgrimage in Europe.

The Chatam Sofer Memorial is the sole remaining part of the centuries-old Jewish cemetery that was destroyed in 1943 when a nearby tunnel was constructed. Only the most important section of the cemetery, with 23 graves surrounding the Chatam Sofer’s tomb, was preserved as an underground compound.

Now, the exciting discovery has been reported this week of hundreds of centuries-old matzevot or gravestones from the Old Jewish Cemetery in Bratislava, demolished nearly 80 years ago.

These gravestones had long been presumed lost or destroyed. But in a remarkable discovery, reported this week by Jewish Heritage Europe, hundreds of gravestones from the destroyed old cemetery have come to light. They date mainly from the 18th to early 19th century, and were found piled up in a neglected and heavily overgrown area near a far wall of the city’s active Orthodox Jewish cemetery. It seems they had lain there undisturbed for almost 80 years.

Tomáš Stern, president of the Bratislava Jewish community, said 300 or more baroque gravestones have been discovered over the last two months.

‘This is probably one of the most important projects for the preservation of the cultural heritage of our community in recent years, which certainly goes beyond regional significance,’ he said on the Bratislava Jewish community web site.

Mr Stern told JHE that fragments will be used to create a commemorative lapidarium at the Orthodox cemetery, while the best-preserved intact stones will be transferred back to the site of the old cemetery and re-erected as a complement to the underground memorial of the great sage Rabbi Moses or Moshe Schreiber (1762-1839), known as Chatam Sofer. 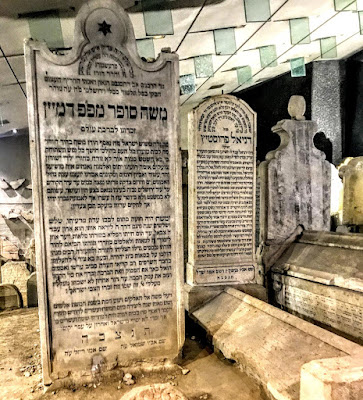 This memorial also preserves the only 23 tombs from the Old Cemetery that were not removed from the site or destroyed. They are encased in a concrete shell and covered over, and even in communist times were a site of pilgrimage. They are now conserved in a memorial compound designed by the architect Martin Kvasnica in 2000-2002.

The Old Jewish Cemetery was established near the banks of the Danube in the 1690s, and was Bratislava’s main Jewish cemetery until 1847. It was demolished during World War II in 1942-1943, when a tunnel was built near the site. The matzevot were removed, and most of the graves were exhumed and reburied in a mass grave in the Orthodox cemetery.

Apart from the 23 gravestones conserved in the Chatam Sofer complex, the matzevot from the Old Cemetery were presumed to have been lost or destroyed. Their discovery is a remarkable story.

Mr Stern told JHE this week that in the 1990s he learned that at least some of these gravestones had survived. ‘One of the last members of the [Jewish community], who participated on the matzevot removal […] was still alive, and told me that in the bushes there are the stones from the old cemetery,’ he said.

People checked the area, but only saw around 20 or 30 stones, he said.

But earlier this year, as president of the community, he raised funds to clear the area and look further. The project involved cutting trees, removing heavy brush and clearing accumulated soil. As the work progressed, hundreds of heaped-up intact stones and fragments were revealed.

The Jewish community in Bratislava is carrying out the project, in co-operation with outside experts, and is trying to raise €20,000 to complete the excavation. Daniel Polakovic, from the Jewish Museum in Prague, will oversee the translation of epitaphs, and Martin Kvasnica, the architect of the Chatam Sofer memorial, will advise on the placement of matzevot at the site. 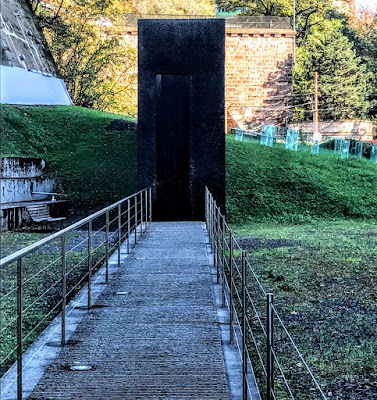 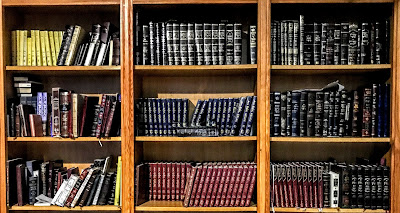 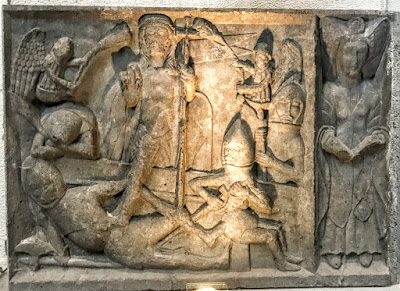 The panel depicting the Resurrection of Christ on the Royal or MacMahon tomb in the Franciscan Friary, Ennis, Co Clare (Photograph: Patrick Comerford)

My photographs this morning (9 April 2021) are from the ruins of the Franciscan Friary in Ennis, Co Clare. The Royal or MacMahon tomb is said to have been commissioned around 1470 by Máire O’Brien MacMahon, the wife of Terence MacMahon of Corcovaskin.

The sequence of images on the tomb suggests that this was an Easter sepulchre, a representation of Christ’s tomb that would have been placed to the left of the main altar and would have been a focus of the Easter ceremonies, when the general laity were given the rare opportunity to pass through the rood screen from the nave to the chancel. The panels on the tomb narrate the scenes of the Passion: the Arrest of Christ, his Flagellation, his Crucifixion, his Entombment and the Resurrection. All are modelled on English alabaster tables.

The Prayer in the USPG Prayer Diary today (9 April 2021) invites us to pray:

Let us pray for migrant women who travel across continents seeking a better life; a life based on hope. 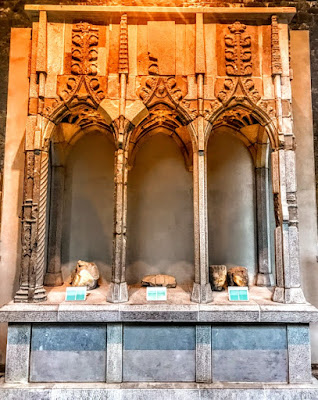 The Royal or MacMahon tomb once stood against the north wall of the chancel in the Franciscan Friary in Ennis (Photograph: Patrick Comerford)