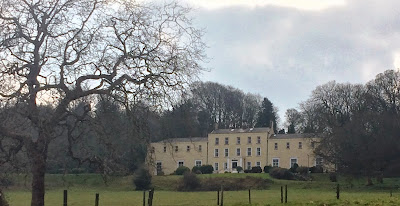 The Orlagh Retreat Centre … another chapter is about to come to an end (Photograph: Patrick Comerford, 2015)

What does Patrick do on Saint Patrick’s Day?

But I am very happy with my name Patrick, and this morning in the chapel at the Orlagh Retreat Centre that I described how I sit happily with the name Patrick – even if my mother intended to name me Paul.

Saint Patrick probably came from the English Midlands, and was captured by slave traders who brought him to a coastal town where he was sold into slavery to Irish traders.

It is a delight to me that the Irish patron saint is not Irish – no more than Saint George is English – and his name is a reminder that Ireland and England are the closest neighbours and ought to be the best of friends.

But his name is also a reminder that cultural diversity is an essential part of Irish identity and the story of Christian identity in Ireland.

In the New Testament reading this morning (Acts 13: 46-49), Saint Paul and Saint Barnabas describe themselves as being sent as “a light for the Gentiles, so that you may bring salvation to the ends of the earth.”

There was no celebration of the Eucharist in either Christ Church Cathedral, Dublin, or the chapel of the Church of Ireland Theological Institute this morning, and so I went to Mass in the Orlagh Retreat Centre, just a few minutes away in the hills above where I live.

The mist-clouded view from Orlagh across the city and Dublin Bay this morning (Photograph: Patrick Comerford, 2015)

The Augustinian community, the Orlagh Team and the house staff have created a welcoming atmosphere and a warm welcome in a beautiful setting in pasture and woodland, with panoramic views over Dublin City and Bay out to Howth Head. It is a combination that has created an atmosphere that invites contemplation and reflection.

I was invited to read the Gospel (Luke 10: 1-12, 17-20), and later spoke of the delight in celebrating my name day on this day which challenges so many prejudiced notions of Irish identity. We heard stories of Irish missionaries and monks who had brought the Gospel to the ends of the earth, but that must always be about “the gentiles” or “the nations” and never about narrow national pride.

Two of us were offered a guided tour of the chapel and the old house afterwards, and we lingered a little longer over coffee in Orlagh. 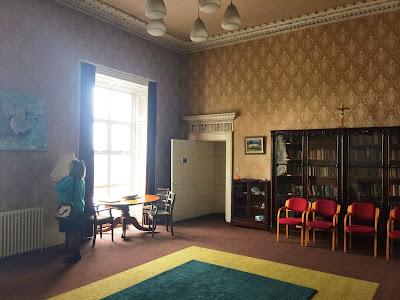 In the old drawing room in Orlagh … the house dates back to the late 18th century (Photograph: Patrick Comerford, 2015)

I was saddened to hear last night after the Bible study I was leading in Whitechurch Parish that Orlagh is about to close.

A statement issued by the Orlagh community and team on Sunday [15 March 2015] said that the Augustinian Province and council have decided “with regret, to close Orlagh.”

The team has been asked not to take any booking after next September, not to prepare programmes for 2015-2016, and the property will be placed on the market in Spring next year. As long as Augustinians are living in the house, Sunday and weekday masses and the weekly meditations will continue. 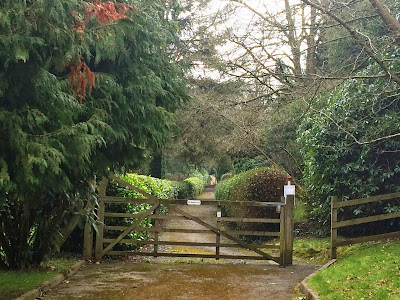 Is there a future for the unique ministry at Orlagh (Photograph: Patrick Comerford, 2015)

Is the Orlagh ministry, which has a unique charism, going to continue in another way? Whatever happens, the next few months are going to be very painful for a community and team that contributed so much to the spiritual growth and development of so many.

Despite my reservations about the artificial greening of Saint Patrick’s Day, I am still captivated by the images of Celtic Mists that shroud this day.

There was little point in going for a walk on a beach this afternoon, as the streets of the coastal towns were busy with parades and pageants. Instead, two of us spent a few hours in the Dublin and Wicklow Mountains, in green mountain countryside, shrouded in clouds and mist but with little rain. 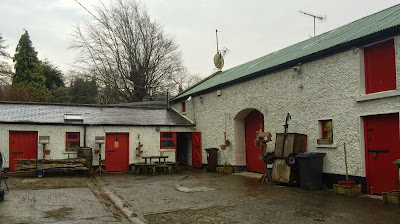 The Hazel House … a rustic setting for coffee in the Dublin Mountains (Photograph: Patrick Comerford, 2015)

We stopped first at the Hazel House in Tibradden, a self-service café, craft shop and woodwork school in the Dublin Mountains.

The Hazel House is run by Niall and Kate Fitzharris, and the café is entirely self-service with an honesty box. Although in the mountains above Rathfarnham and Whitechurch, the courses are accessible with a shuttle bus service available from the Yellow House in Rathfarnham.

Later, we drove on through the Mountains, around Glencullen, Knockree and Glencree, where Spring has brought out the full range variety of shades of green in the fields, the hills and the mountainside, covered at times in clouds and mists.

By the time we climbed down into Enniskerry at the end of the day, the day’s celebrations were coming to end. 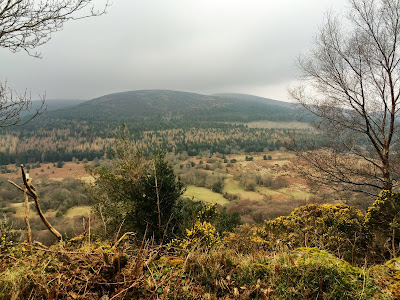 Celtic Mists in the Wicklow Mountains near Knockree this afternoon (Photograph: Patrick Comerford, 2015)

Posted by Patrick Comerford at 21:06 No comments:

Through Lent with Vaughan Williams (28):
‘Saviour, again to thy dear name we raise’ 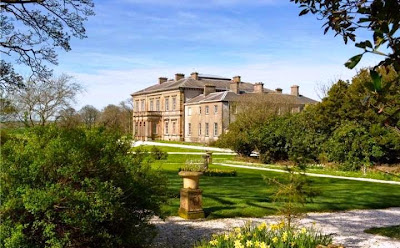 This morning [17 March 2015], as we prepare to celebrate Saint Patrick’s Day, I encourage you to join me in listening to the hymn ‘Saviour, again to thy dear name we raise’ by Canon John Ellerton (1826-1893).

I have chosen this hymn on Saint Patrick’s Day because Vaughan Williams wrote the tune Magda with this hymn in mind, but also gave it some interesting Irish connections.

After World War II, the couple moved to his family home, Dundarave House in Bushmills, Co Antrim. In 1955, Sir Antony Macnaghten succeeded to the family title as tenth baronet and as Chief of the Macnachtan Clan. The first Macnaghten came from Scotland in the 16th century and served as secretary to the MacDonnells, Earls of Antrim. The lands they acquired included a large portion of the village of Bushmills, which the clan rebuilt in the late 1800s. The family motto is: “Be not wiser nor the Highest, I hope in God.”

Like Vaughan Williams and Sir Anthony Macnaghten, Canon John Ellerton was a graduate of Trinity College, Cambridge. He was an authority on hymns, wrote or translated over 80 hymns, and contributed to Hymns Ancient and Modern. His best-known hymn is, perhaps, ‘The day thou gavest, Lord, is ended.’ He is said to have written that hymn in 1870 as he made his nightly walk to teach at a Mechanics' Institute. It was published that year in 1870 for A Liturgy for Missionary Meetings.

He was born in Clerkenwell into an evangelical family, and was educated at King William’s College on the Isle of Man, and Trinity College, Cambridge (BA 1849; MA 1854), where he came under the influence of Frederick D. Maurice.

In 1860, he became chaplain to Lord Crewe and Vicar of Crewe Green in Cheshire. There he chaired the education committee at the Mechanics Institute for the local Railway Company. Reorganising the Institute, he made it one of the most successful in England. He taught classes in English and Bible History, and organised one of the first Choral Associations in the Midlands.

During his final illness, he was made an honorary canon of St Albans Cathedral in 1892, but was never installed. It is said that as he lay dying hymns flowed from his lips in unceasing praise to God. He died in Torquay in Devon on 15 June 1893, aged 66.

Ellerton refused to register a copyright on any of his hymns, claiming that if they “counted worthy to contribute to Christ’s praise in the congregation, one ought to feel very thankful and humble.” To hear them offered in worship was reward enough for him. 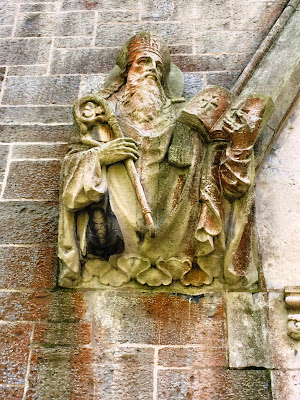 Saint Patrick in a carving on the west door of the college chapel in Maynooth (Photograph: Patrick Comerford, 2015)

Tomorrow: ‘I heard the voice of Jesus say’ (‘Kingsfold’)