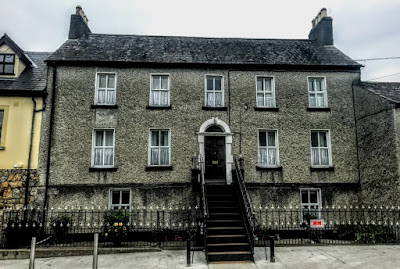 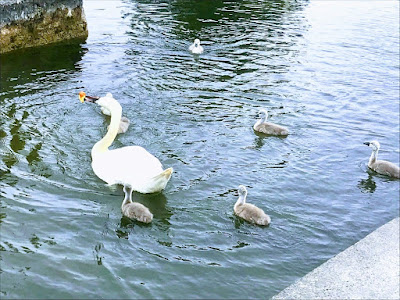 Summer brings its
own hues, colours and
comforting memories 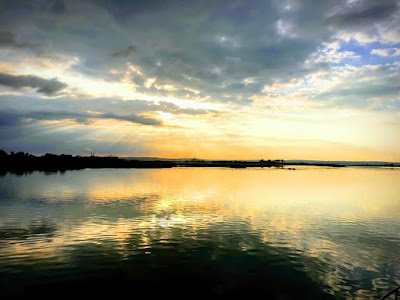 Monday evening on the River Deel, close to the Shannon Estuary (Photograph: Patrick Comerford, 2018; click on images for full-screen view)

Summer has come when the temperatures rise about 16, people are happy to sit outdoor in the evening, when it’s still bright after 9.30 and still seems to be bright after 10, and people go out for evening walks, or want to play cricket, or to go rowing on the river in the evening.

Rowing was supposed to resume with the Desmond Rowing Club on the River Deel in Askeaton last week. But sudden showers and warnings of floods put an end to those plans.

Despite flash thunder storms in some places in recent days, there are summer smells and sounds in the back garden at the rectory and in the fields around Askeaton.

Rowing resumed on the River Deel late yesterday. It had been a lengthy working day, with a training programme and all the preparation that goes with that.

But after the last colleagues had left, after the dishwasher had been emptied, and after I had cleared up the unattended emails that had built up during the day, read proofs for a chapter in a new book, and checked the captions on the photographs that accompany my chapter, I walked down to the River Deel, enjoyed watching the last few remaining rowers at Gort, and took in the joys of a summer evening.

It may be going to rain a little today, if only for a short times, and I have a number of commitments in Rathkeale during the day. So I thought I would linger a little longer, taking in the sounds of the birds and the beauty of the late evening sunshine.

On the River Deel near Askeaton on Monday evening (Photograph: Patrick Comerford, 2018; click on images for full-screen view)

But Patsy invited some of us to join us on his boat tied up at Deel Boat Club. The sun was still setting slowly in the west when we made our way on his boat, Sile Cinn Oir (‘Golden-Haired Sile’), first up-river as far as the rowing club at Gort, and then back down river as far as the point where the Deel spreads out and joins the Shannon Estuary.

The river is lined with former seaweed quays and piers, and there are numerous small islands in the river and the estuary that were once inhabited and that provided grazing and a subsistence existence for whole families.

Here someone is working into the evening in a boatyard or there is the site of planned marina that was never developed.

My two companions could point out old country houses, now abandoned, but could name the generations of families that had once lived in them. 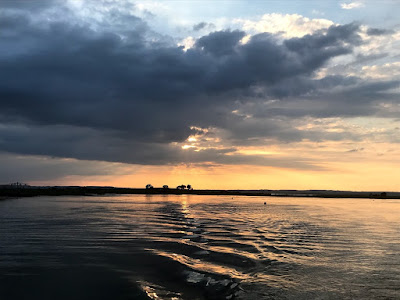 A summer evening on the River Deel (Photograph: Patrick Comerford, 2018; click on images for full-screen view)

Memories play an important part in talk on the river, especially on summer evenings like these.

I have comforting memories of evening like this in my childhood as we drove back from Cappoquin, out to my grandmother’s farm at Moonwee in Co Waterford, or in my early 20s being brought by work colleagues in Wexford out to Kilmore, Kilmuckridge or Cahore.

Summer brings its own hues, colours and comforting memories.

But the only way to share these memories is to leave a few photographs of this summer evening on the River Deel: 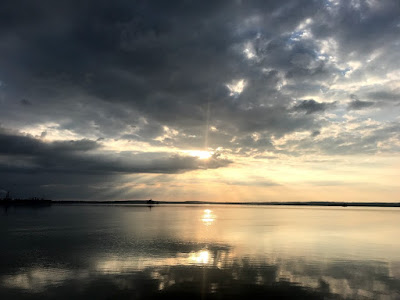 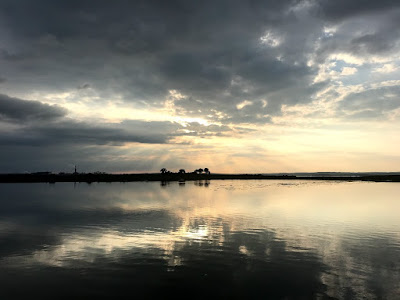 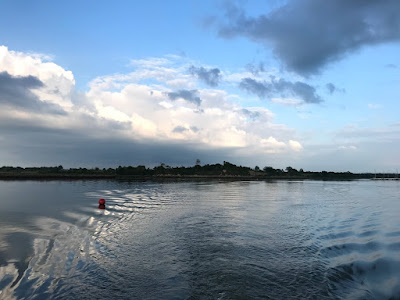 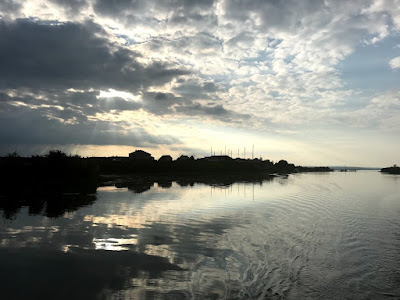 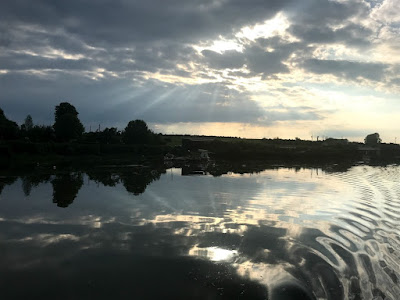 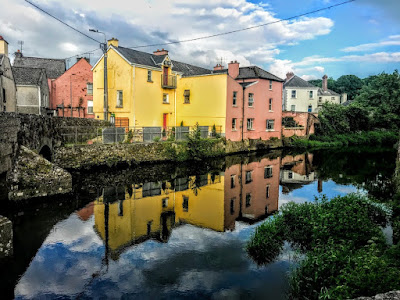