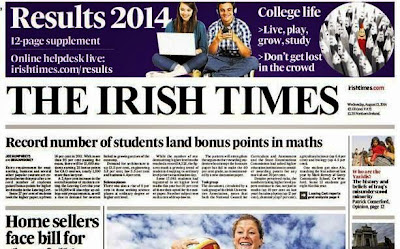 
Living in a remote part of Iraq,
the Yazidi minority holds
misunderstood beliefs
that fuel persecution


A large number of Iraq’s tiny Yazidi minority remains isolated on a remote mountain top, fearing the self-styled “Islamic State” and hoping to be rescued by their Kurdish neighbours. Their plight brings attention to one of the most misunderstood religious minorities in the Middle East.

Although Yazidis are often regarded as Kurds, they form a religious and ethnic minority with unique beliefs and practices misunderstood by their neighbours, leading to their persecution and demonisation as “devil-worshippers”.

For centuries, their neighbours have treated the Yazidis as delinquent Arabs or schismatic Muslims. Some say they are descended from Yazid bin Muawiyah (647-683), the second of the Umayyad dynasty of Islamic caliphs, and others say the name Yazidi comes from the Old Iranian yazata (“divine being”). But Yazidis believe their name comes from the word Yezdan or Ezid, meaning “God,” and simply means “worshippers of God”.

Others say Daasin, the name Yazidis use for themselves, is derived from the name of a diocese in the Nestorian Church, the ancient Church of the Assyrians in the Mesopotamian region.

The complex, secret beliefs of Yazidis, their legends and their social structures, including their caste system, set them apart from other religions in the region.

The Yazidi holy books were said to be the Kitêba Cilwe (Book of Revelation) and the Mishefa Res (“Black Book”). But many scholars now believe the manuscripts published a century ago were forgeries by non-Yazidis. The core religious texts today are hymns or qawls, transmitted orally and laden with cryptic allusions difficult for outsiders to interpret.

The Yazidis’ syncretic religion has a rich oral tradition mixing Islamic mysticism with the dualism of Zoroastrianism, the ancient Persian religion, elements of early, pre-Islamic religions, including Mithraism, a mystery religion originating in the eastern Mediterranean, and some Christian practices.

In the Yazidi calendar, this is the year 6764. But the origins of the religion are found in the complex, syncretic teachings of their founder, Sheikh Adi ibn Musafir, a Sufi mystic who claimed descent from the Umayyad dynasty and who was proclaimed an incarnation of Malak Tawous, the principal figure in Yazidi cosmology. Sheikh Adi settled in the valley of Lalis, northeast of Mosul, and after his death in 1162 his tomb became the focus of pilgrimage.

The persistent prejudice that Yazidis worship Satan is founded on a misunderstanding of Yazidi beliefs. They are monotheists who believe God created the universe and rules the world through seven holy beings or angels formed from God’s divine light. The leader of these angels, Malak Tawous (the “Peacock Angel”) embodies humanity’s potential for both good and evil, light and dark.

They say Malak Tawous is the only angel who refused to bow down to Adam at his creation. He fell from God’s favour, but when he saw the suffering and pain of the world, his tears of remorse put out the fires of hell. Recognising his obstinacy as a sign of devotion, God then elevated Malak Tawous as the Peacock Angel to head the angels and to serve as the intermediary between God and humanity.

In early Christianity, the peacock symbolised the Resurrection and immortality because it was believed its flesh does not decay. But another name for Malak Tawous is Shaytan, the name in the Koran for Satan. Yet Yazidis are forbidden to speak the name Shaytan, and hold that the source of evil is in human hearts.

Yazidis believe they are descended from Adam alone through his son Shehid bin Jer, born without Eve as his mother. Every Yazidi is born into either a priestly or lay family and inter-marriage between the castes is prohibited. The priestly families form two groups – the sheikhs who preside at major religious festivals and the pirs who officiate at births, marriages and funerals. But this caste system is about religious duties rather than privilege or wealth.

Yazidis traditionally believe in the reincarnation or the transmigration of souls, which they liken to changing clothes so that the soul can attain spiritual purification. But, like the neighbouring Alawis and Druze, it is not possible for outsiders to convert to Yazidism – one must be born a Yazidi.

Yazidis pray five times daily, at dawn, sunrise, noon, afternoon and sunset, although most observe only the sunrise and sunset prayers. When they pray, they turn towards the sun, and at noon they pray facing Lalis and the tomb of Sheikh Adi. But daily prayer must not be said in the presence of outsiders.

Children are baptised at birth by a priest, circumcision is often practised, and a form of Communion with blessed bread is shared at weddings. The practice of burying the dead with their hands crossed may be derived from Sufi Islam rather than Christianity.

Wednesday is the holy day, Saturday is the day of rest, there is a three-day fast in December, and the Yazidi new year falls in spring. The great festival is the seven-day Feast of the Assembly in September in Lalis, with pilgrimages to the shrine of Sheikh Adi and the sacrifice of an ox marking autumn. There are taboos surrounding the four revered elements of earth, air, fire and water.

Accusations of devil worship first surfaced among Muslims in the late 16th and early 17th centuries, and Yazidis became so despised a hymn recalls 72 attempts by their neighbours in the last three centuries to exterminate them. Today, Yazidi leaders fear they are facing their 73rd massacre. “Our entire religion is being wiped off the face of the Earth,” says Vian Dakhil, a Yazidi MP in Baghdad for the Kurdish Democratic Party.

The Rev Prof Patrick Comerford is a lecturer at the Church of Ireland Theological Institute and a canon of Christ Church Cathedral, Dublin. He is a former foreign desk editor of The Irish Times. patrickcomerford.com

Posted by Patrick Comerford at 08:12 No comments: