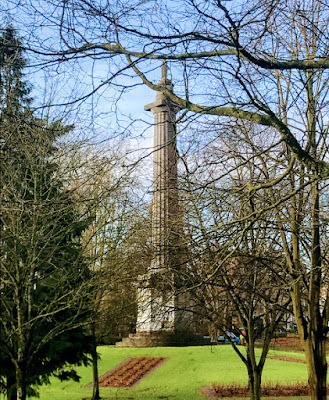 On my way to catch the bus from Limerick to Dublin earlier today [31 January 2017], I stopped to explore the People’s Park in Pery Square, close to the railway station and the bus station.

This quiet leafy square is the principal park in Limerick city centre, and it was formally opened in 1877 in memory of Richard Russell, a prominent local businessman.

Four decades before, the park was first developed as part of the Pery Square development in the Newtown Pery area of central Limerick. The development began in 1835 and at first this was a key-holders-only park. The original vision was to surround the park with elegant housing for the rising affluent and professional classes in the city. 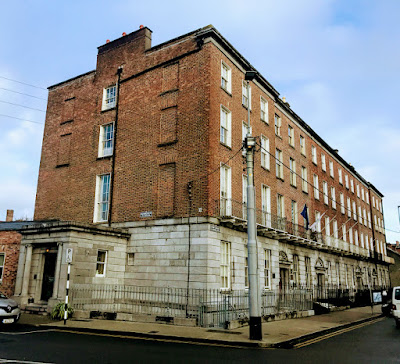 Pery Square was intended to be a complete Georgian-style square with the terraces enclosing a central park, similar to Merrion Square or Mountjoy Square in Dublin, albeit on a more modest scale.

The square and park were developed by the Pery Square Tontine Company, an idea conceived by Matthew Barrington, and the company included other notable names such as William Sexton Pery, Thomas P Vokes, and the architect James Pain (1779-1877), who designed Castletown Church and many buildings in Limerick.

However, Limerick’s economy suffered severely with the Great Famine, funds for the project soon ran out, and only one terrace of the square was ever completed. 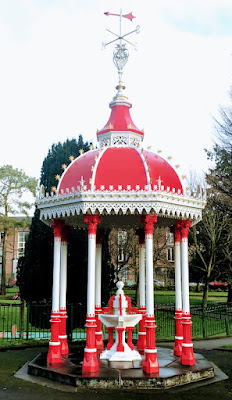 In the 1870s, the then Earl of Limerick granted the city corporation a 500-year lease of Pery Square and the surrounding grounds. The conditions included agreements that no political or religious meetings would be held in the park and that bands would not to play here on Sundays.

The park was dedicated to the memory of Richard Russell, a prominent local businessman and was opened by Major Spaight. The main entrance gate includes the memorial inscription:

Pery Square. This public park was formed by subscription. In memory of Richard Russell the land being given by the Right Honourable. The Earl of Limerick. 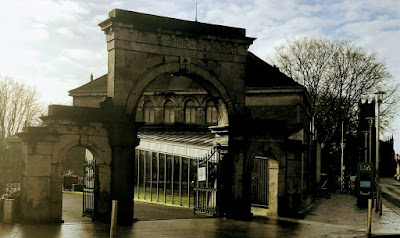 Richard Russell is commemorated in the inscription over the main gate into the People’s Park, Limerick. To the right are the Carnegie Building and in the distance Saint Michael’s Church, Pery Square (Photograph: Patrick Comerford, 2017)

The Barrington family erected a free-standing limestone column in the middle of Pery Square in 1829, topped with a statue of Thomas Spring Rice (1791-1866). He was still alive when the statue was erected, an MP for the city, with a cabinet post, and a prominent landowner in Co Limerick. He was very popular in the city, and later became Lord Monteagle.

The statue was carved by the sculptor Thomas Kirk (1781-1845) who also sculpted Admiral Nelson for the top of Nelson’s Pillar in Dublin. The column designed by Henry Aaron Baker (1753-1846). A plaque on the octagonal base of the column reads:

The monument stands on a raised mound at the centre of the park and is an eloquent statement of the aspirations to grandeur of this newly fashionable part of Limerick. It is a free-standing limestone Greek Doric column surmounted by Kirk’s sculpture in Portland stone of Thomas Spring Rice, who is robed and facing north-west towards the Tontine Building on Pery Square.

Meanwhile, the plots of land once ear-marked for the development of the Georgian-style square were eventually incorporated into the park and extended it further north to what is now Mallow Street, eastwards towards Boherbuoy Road and southwards towards Saint Joseph Street.

The Carnegie building now housing the Limerick City Art Gallery was built in 1903. The foundation stone contains four bottles with the currency of the day, as well as copies of the Limerick Leader, the Limerick Echo, the Limerick Chronicle, the Munster News and a parchment recording the occasion.

Thomas Spring Rice (1791-1866) was still alive when the monument was erected in 1829, the year of Catholic Emancipation. He was then in his late 30s, a with a seat in the cabinet, and a landowner who was regarded in Co Limerick as a kind and benevolent landlord. He would later become 1st Baron Monteagle of Brandon, Co Kerry.

His initial election as MP for Limerick in 1820 was a triumph for the Independent party, which represented the merchant interests and it broke a well-established, conservative oligarchy that had dominated Limerick politics for many years.

His supporters were involved in developing Newtown Pery and it was fitting that his monument had such a prominent place in the new town. The statue was erected in 1826-1829 by the Barrington family, who invested heavily in this part Limerick, although their visions for further expansion were never realised.

Thomas Spring Rice, who later became Chancellor of the Exchequer (1835-1839), was born into a notable land-owning family. He was one of the three children of Stephen Edward Rice (d.1831), of Mount Trenchard House, which lies within my new parishes, and Catherine Spring, the daughter and heiress of Thomas Spring of Ballycrispin and Castlemaine, Co Kerry. His great-grandfather, Sir Stephen Rice (1637–1715), was Chief Baron of the Irish Exchequer and a leading Jacobite.

Thomas Spring Rice was educated at Trinity College Cambridge, and later studied law at Lincoln’s Inn, although he was never called to the Bar. He was encouraged to stand for Parliament by his father-in-law, Lord Limerick. He first stood for election in Limerick City in 1818 but was defeated by the sitting Tory MP, John Vereker, by 300 votes.

When he stood again in 1820 he was elected to the House of Commons, where he was a moderate unionist reformer who opposed the radical nationalist politics of Daniel O’Connell. He became known for his expertise on Irish and economic affairs. In 1824 he headed the committee that established the Ordnance Survey in Ireland.

Spring Rice’s fluent debating style brought him to the attention of leading Whigs and he came under the patronage of the Marquess of Lansdowne. As a result, he was appointed Under-Secretary of State for the Home Department under George Canning and Lord Goderich in 1827, with responsibility for Irish affairs. This required Spring Rice to accept deferral of Catholic Emancipation, although he strongly supported the cause.

Spring Rice led the Parliamentary opposition to Daniel O’Connell’s 1834 attempt to repeal the Act of Union. In a six-hour speech in the Commons on 23 April 1834, he suggested that Ireland should be renamed West Britain. Spring Rice also championed the worldwide abolition of slavery and the introduction of state-supported education.

When the Whigs returned to power in 1835, Spring Rice became Chancellor of the Exchequer. When he left office in 1839, he was given a peerage with the title of Baron Monteagle of Brandon, in Co Kerry.

He largely retired from public life, although he occasionally spoke in the House of Lords. He vehemently opposed Lord Russell’s policy on the Famine, and in a speech in the Lords he said the government had ‘degraded our people, and you, English, now shrink from your responsibilities.’

Spring Rice was a pious Anglican, and his support for Catholic Emancipation increased his popularity. During the Great Famine in the 1840s, his response to the plight of his tenants almost bankrupted his family.

His grandson, Sir Cecil Spring Rice, was the British Ambassador to the United States (1912-1918) and is also remembered as a hymn writer. His great-granddaughter was the Irish nationalist, Mary Spring Rice. Many members of the family are buried in Mount Trenchard Churchyard, which remains part of the Rathkeale and Kilnaughtin Group of Parishes, between Glin and Askeaton.

His only married sister, Mary, was the mother of the poet Aubrey Thomas de Vere, who is buried in Saint Mary’s Churchyard, Askeaton, and of the Liberal MP Sir Stephen de Vere. 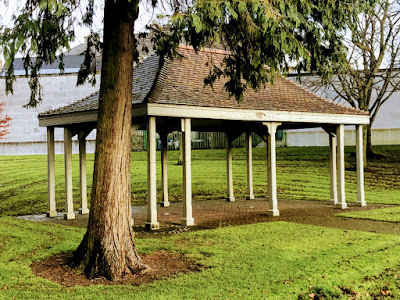 A Victorian pavilion or gazebo in the People’s Park, Limerick (Photograph: Patrick Comerford, 2017) 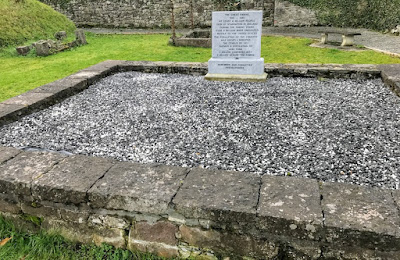 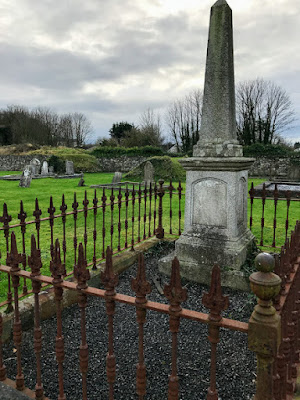 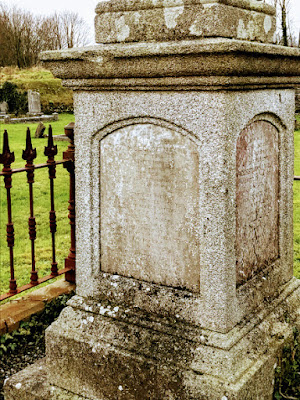