Memories of people and places
in the rectory in Askeaton 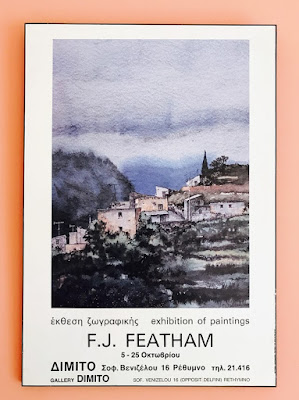 After four months in the rectory in Askeaton, I am making the place home, enjoying the gardens, hanging my own prints and photographs, and placing my own collected souvenirs on shelves around the house.

I have moved a large number of books from my study in the Church of Ireland Theological Institute, but leaving many more for my predecessor. The bookshelves in the new meeting room in the rectory are now completed, and I am beginning to sort out the books so that they are accessible for the parish and diocesan tasks ahead. 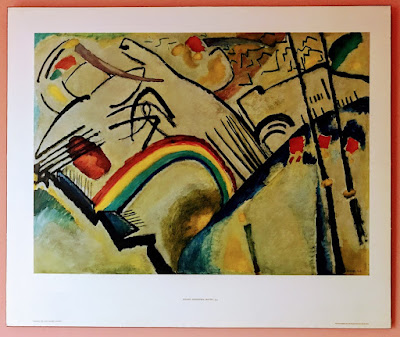 One of the first prints to hang was a copy of Wassily Kandinsky’s Battle 1910, also known as Cossacks. This print came as a present from my foster mother for the first house I moved to in Dublin, after we had both discussed a Kandinsky exhibition in the Tate and I had described his works as music.

That must have been 40 years ago, and the print has faded over the years. But this morning it is hanging on the wall in the dining room in the rectory.

It seems such an appropriate place for this print, as the Russian painter Wassily Kandinsky (1866-1944) believed abstract paintings could convey spiritual and emotional values simply through the arrangement of colours and lines. He called this devotion to inner beauty, fervor of spirit, and spiritual desire inner necessity. Cossacks was made during a transitional period, when the artist retained some representational elements, such as the two Russian cavalrymen in tall orange hats in the foreground of the painting. 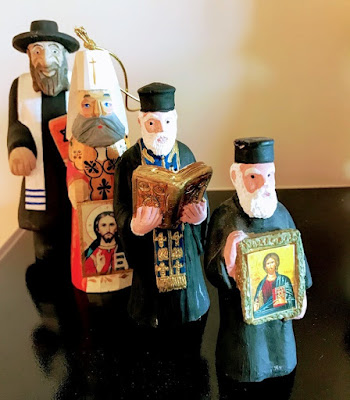 There are four figures clustered together who could invite an opening line for a joke about four religious leaders who walk into a bar – a rabbi from Kraków, a Russian bishop and two priests from Crete.

There are icons from Crete, Mount Athos, Thessaloniki and Egypt, and framed prints from Mount Sinai, as well as photographs and prints that have come from places closer to home, including Lichfield and Cambridge.

There are photographs from the Backs or the River Cam in Cambridge that remind me of summer days, and there is a small print of an interesting painting of the Cathedral Close in Lichfield by Mildred Hammond, showing a house I stayed in on many occasions.

Mildred Hammond is a local artist living in Lichfield. She has a passion for texture and colour and explores paint, pen and ink and collage to create charming pictures. She is a member of the Lichfield Society of Aritists and exhibits and sells her work locally. 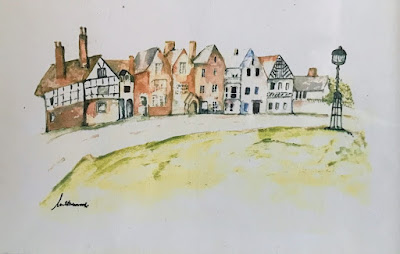 ‘The Close, Lichfield’ … from an original painting by Mildred Hammond

Frederick J Featham was born in Stockton-on-Tees in England, and he has lived and worked in Rethymnon for almost 50 years.

After studying at Cheltenham School of Art and Saint Paul’s College at Bristol University, he taught painting and print-making at Saint Crispin’s Secondary School in Wokingham. Since 1968 he has lived and worked in Rethymno and is married to a Greek woman. He became a Greek citizen in 1981.

His paintings and prints appear in private collections in Greece, Britain, France, Holland, and the US. He has edited, translated and illustrated Greek history books, including a history of Crete by Panos D Giakas and of the Fortezza in Rethymnon by Markos G Youmbakis. In 2007, he was an invited artist 2007 at the Florence Biennale.

‘Art is the supreme form of communication,’ he has written. ‘If I manage to convey to the viewer the excitement I feel when trying to render the miraculous effect of light on a landscape or a still life, then I have succeeded. If not, I have failed. Hence, the ultimate judge is the viewer.’

This viewer is happy to have this memory of Rethymnon and other memories of people and paces hanging on the dining room in the Rectory in Askeaton.