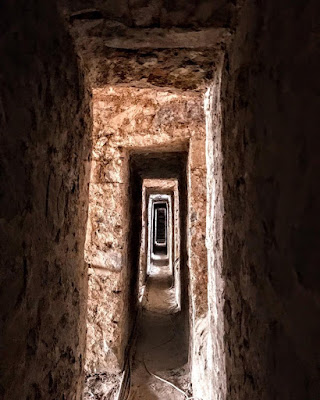 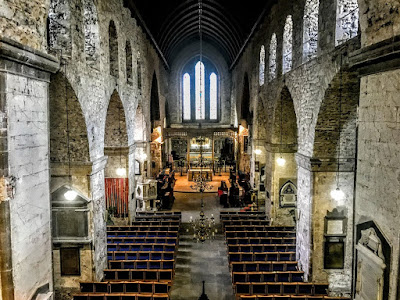 Tamworth’s Town Hall
has survived despite
300 years of changes 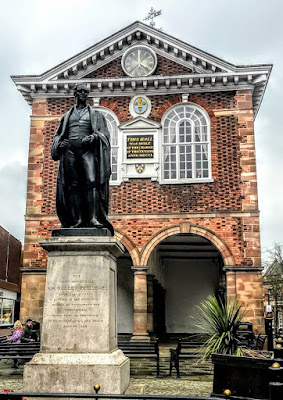 In the 16th and 17th century, when Tamworth was divided between Staffordshire and Warwickshire, and the Comberford family of the Moat House and the Ferrers family of Tamworth Castle were rivals in the civic, political and social life of the town, Tamworth had two town halls: one for the Staffordshire half of the town on Lichfield Street, near the Moat House, and one for the Warwickshire half of the town on Market Street, perhaps first on a site later occupied by the King’s Arms and the Peel Arms, opposite the Castle Hotel.

A new Town Hall was built in 1700-1701 on the site of a previous town hall, parts of which had vaults under the Butter Market and some timbers are incorporated in the present building.

The cost of building the town hall, estimated at £1,000, was met by Thomas Guy, MP for Tamworth in 1695-1708. Sir Thomas Guy was an important local benefactor, and he was also the founder of Guy’s Almshouses in Lower Gungate, Tamworth, and Guy’s Hospital in London.

No architect for the town hall has been identified with confidence, although its design and the details have been compared with the stables of Calke Abbey, near Ticknall, Derbyshire, built in 1727 by William Gilkes, a builder from Burton on Trent. It is a matter of speculation that Guy employed his maternal relations, members of the Vaughton family, to carry out and supervise the building programme.

Guy’s finished town hall comprised a rather austere double cube room approached on the east side by a flight of steps, from which it is said rival factions would pitch their opponents at election time.

It is said that Thomas Guy was so incensed at not being re-elected as Tamworth’s MP in 1708 he threatened to tear down the town hall and withdraw his endowment for the almshouses in Lower Gungate. He abandoned his plans to build a hospital in Tamworth, either on Albert Road or on Lichfield Street, and transferred his large fortune to London, where he founded what would become Guy’s Hospital.

At first, Tamworth Town Hall was just a single room supported on 18 massive stone Doric columns. The open area at ground level was used a butter market, where dairy produce was sold, while access to the town hall on the floor above was provided by a flight of steps at the east end.

This exterior staircase also served as a platform for public events and announcements.

For two centuries, the Town Hall was the centre of civic government in Tamworth from 1700 to 1900. It also served as an amenity centre. Tamworth had no assembly rooms in the 18th century and until later in the reign of George III the town had no theatre, so the town hall met these community needs.

The building has been extended on many occasions. Two rooms were added at the east of the town hall in 1721. The Town Clerk’s office was added in the late 18th century, and a Mayor’s Parlour was added in the early 19th century.

The turret in the centre of the roof was a later addition and the domed cupola with the weathervane housed a lantern and contained a bell that summoned fire crews at a time when the area beneath the town hall housed Tamworth’s first fire engine.

The clock was presented to the town in 1812 by the then owner of Tamworth Castle, John Robins, a London merchant who later bought the Moat House in 1821.

Sir Robert Peel, MP for Tamworth and twice Prime Minister, delivered his ‘Tamworth Manifesto’ speech from a first floor window at the west end of the building, facing onto Market Street, in 1835. He helped fund additions to the Town Hall, which was rebuilt in 1845.

The interesting architectural details and features of the Town Hall include the chequer brick with ashlar dressings, the arcaded ground floor with a two-bay arcade on Doric columns, the round-arched windows with keystones, Sir Thomas Guy’s coat of arms and an oval cartouche with the town arms above, and a clock face on the pediment.

The first-floor council chamber has a ceiling with fluted fans to angles, an early 19th century marble fireplace with grate, royal arms dating from 1814 and a gallery.

The town hall’s crumbling Doric columns and arches were renewed a six-year project in the 1960s and 1970s. Tamworth Borough Council held its last meeting in the Town Hall on 20 May 1981, before moving to Marmion House on Lichfield Street, along with the council offices which moved from the White Hhouse on Church Street.

The Town Hall is now owned by Tamworth Borough Council and is used occasionally for events and civic functions. Each year, the Town Hall is open to the Public for the second weekend in September to take part in English Heritage Open Days event. 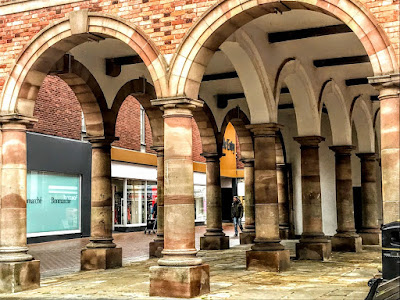