A night out under the full
moon in Donnybrook 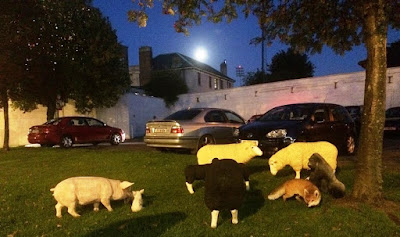 The “Indian Summer” we have been blessed with for the past few days on the East Coast was enhanced by a rich full moon last night, so that in the late evening it was like a Mediterranean night under a bright blue sky, with people out strolling in light clothes enjoying the unseasonable balmy weather.

Before the moon had risen fully, two of us went to dinner at Forno in Donnybrook, and were delighted by the Mediterranean fare.

Every time I return to Donnynrook I have mixed but happy memories, remembering days in the early 1970s, when a number of us from Wexford shared a flat in Marlborough Road at weekends, with a social life that included late evenings in McCloskey’s, rugby matches at Old Wesley and parties in the tennis club on Belmont Avenue.

A decade later and I was a post-graduate theology student in the Irish School of Ecumenics, trekking from Bea House on Pembroke Park along Marlborough Road or Belmont Avenue to lecture rooms and seminars in Milltown Park, or going over exam questions in post-mortems in the pubs in Donnybrook. 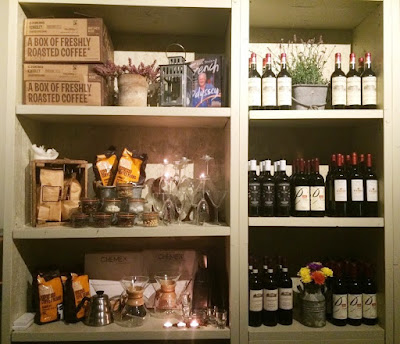 But there were summer memories of Italy and the Mediterranean this evening in Forno, which is a modern Italian café and restaurant right in the heart of Donnybrook, on the bend beside the fire station.

The emphasis in Forno is on great food and friendly service in a casual and relaxed environment. For some reason, it also seemed to me to be like a miniature version of Bill’s on Green Street, just a few steps away from Sidney Sussex College in Cambridge.

The building was originally a brickworks and has been restored and rebuilt to provide a sympathetic backdrop for hearty Italian inspired food. Forno sources the best of local ingredients and combines them with great Italian imports, such as cured meats, cheeses, olive oils and vinegars to produce delicious pizzas and pastas. Where possible, they use free-range and locally sourced produce.

They say their baristas take great pride in their skills and that they use the finest blend of Arabica beans to create their coffees.

Outside, in a green area in front of Forno, there was an array of farm animal sculptures, with an all-too-real-looking fox ready to pounce under the full moon.

Late tonight and early tomorrow morning [28 September 2015], there is a rare opportunity between 2.07 and 5.27 a.m., to see a blood red “super-moon” caused by a lunar eclipse with the moon near to its closest point to the Earth. http://www.timeanddate.com/eclipse/in/ireland/dublin

This promises a rare event that has not occurred for 30 years, and it comes less than two months after seeing a “blue moon” in Sicily at the end of July. http://www.patrickcomerford.com/2015/07/just-once-in-very-blue-moon-on-east.html

How does this happen?

When the moon is at “perigee,” or its shortest distance from the Earth, it is 226,000 miles away and appears 14 per cent larger and 30 per cent brighter than when it is at its furthermost point. The last time this coincided with a lunar eclipse, when the moon is covered by the Earth's shadow, was in 1982 and the event will not be repeated until 2033.

During a lunar eclipse, the moon turns a deep rusty red, due to sunlight being scattered by the Earth’s atmosphere.

It should be worth getting up for in the middle of the night. 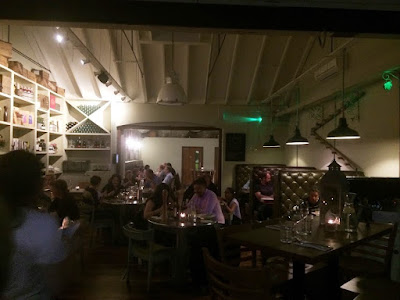