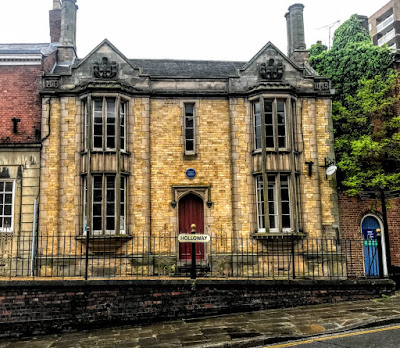 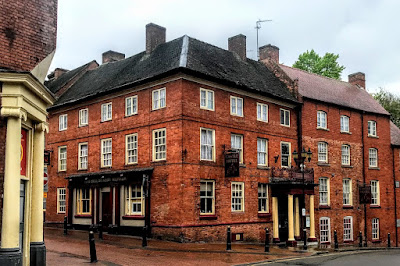 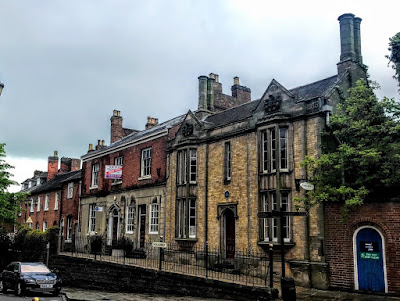 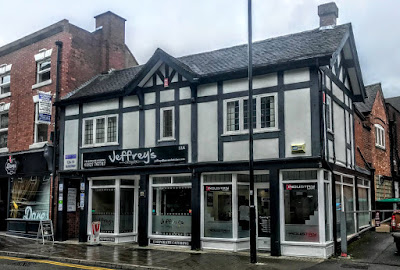 Jeffrey’s on Silver Street, Tamworth … the original offices of the ‘Tamworth Herald,’ with a mock Tudor façade (Photograph: Patrick Comerford, 2019)

The Tamworth Herald was 150 years old last year [2018] and published a special edition to mark the anniversary of its first publication on 8 August 1868. When I was struggling to become a freelance journalist around 1970-1971, the Tamworth Heraldpublished some of my early features.

Sadly, my cuttings have gone missing in the intervening years, and I no longer have a record of them. However, I contributed more frequently to the Lichfield Mercury, and then moved on to the Wexford People and The Irish Times.

Nonetheless, I continue to hold an affection for the Tamworth Herald. At the time I was writing a few meagre contributions, it was broadsheet newspaper, and had been based in premises in Aldergate since 1965, before moving to Ventura Park in 1996.

But during my visit to Tamworth last week, I found myself looking nostalgically at the original premises of the Tamworth Herald on a corner of Silver Street. The first directors included the Vicar of Tamworth, the Revd Brooke Lambert, who was the first chairman, and the Revd J Wesley Davis.

For example, on 4 March 2010, John Harper published a full-page history feature on the Moat House, the Comberford family’s Elizabethan manor house on Lichfield Street. His research has also been published as a book, Tamworth Past and Present (2002, republished 2008 and 2012), with many of the photographs by the Herald photographers Paul Barber and John Walker.

In this book, he gives a vivid insight into the dramatic developments that have taken place in Tamworth in recent years, recalling streets, houses and public buildings, shops, businesses and pubs that have vanished or been altered almost beyond recognition, and the loss of countless Tudor, timber-framed buildings in streets of the old town.

John Harper also edited Mabel Swift’s columns which were published as a book in 2006, A Swift look round at Tamworth History. I read this book in the library in the past, but I acquired my own copy of it last Friday at the bookstall in Saint Editha’s Church.

Mabel Swift’s research reflected a particular interest in the role of the Comberford family in the Civil War conflicts in 17th century Tamworth and Lichfield, when she says Cromwellian forces mutilated the Comberford monument in Saint Editha’s Church, defaced the Comberford Chapel, and sacked Comberford Hall.

One chapter in her book is devoted to the Moat House, the Comberford family Tudor-era house on Lichfield Street, which continues to feature in news reports in the Tamworth Herald.
Another chapter looks at the history of the Tamworth Herald, in which she wrote that browsing through the pages of back editions ‘is a bit like stepping back in time.’

It was a bit like stepping back in time along Silver Street last week, looking at the mock-Tudor makeover the Herald premises received in 1928. Today, it is the premises of Jeffrey’s ‘fine sandwiches and corporate catering.’ But it was slightly bewildering to ponder how ‘mock Tudor’ Tamworth survived when so many real Tudor buildings were destroyed in blundering town planning in the 1960s.