Four colly birds on the Fourth Day of Christmas 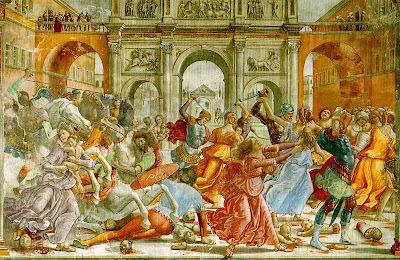 I had lost my innocence by late teens: by 19, I was trying to break out as freelance journalist in England with the Lichfield Mercury, wondering whether I should give up the “day job” as a trainee chartered surveyor; by the age of 20 I had my own flat in Wexford, where I was working as a staff journalist with the Wexford People. I remember one Christmas in Wexford in those days of the 1970s how Maurice Sinnott suggested that this day, the Feast of the Holy Innocents, would be a good day for the Churches to recall the victims of war, particularly the children who had been killed by the Hiroshima bomb.

Holy Innocents’ Day is the traditional day for the installation of a Boy Bishop in some English cathedrals. This is a day when children could have pre-eminence in family life, leading the family prayers, making decisions about family activities for the day, having the place of honour at meals, and so on.

Oscar Schindler famously said: “Whoever saves the life of one saves the entire world.” He was referring to a well-known teaching in the Talmud: “Whoever destroys a soul, it is considered as if he destroyed an entire world. And whoever saves a life, it is considered as if he saved an entire world” (Jerusalem Talmud, Sanhedrin 4: 8, 37a). It is a teaching that has inspired the inscription on medals awarded to the Righteous Gentiles, those brave people who risked their own lives to save the lives of Jews during the Holocaust: “Whoever saves a single soul, it is as if he had saved the whole world.”

The obvious deduction from that, of course, is: Whoever destroys the innocence of one child, it is as if he has destroyed the innocence of all children, as if he has destroyed the childhood of everyone. It is for this reason that Jesus reserves his most severe and most frightening warning and rebuke for those sort of people (see Mark 9: 42; Luke 17: 2).

This is an appropriate day to remember those children whose innocence has been destroyed by people working in the Church.

But this is a good day too to give thanks for the children in our lives, whether in our own families or in the larger family of the Church. And it is a good day to revive the ancient custom of parents blessing their children at the end of the day as part of their nightly prayers. 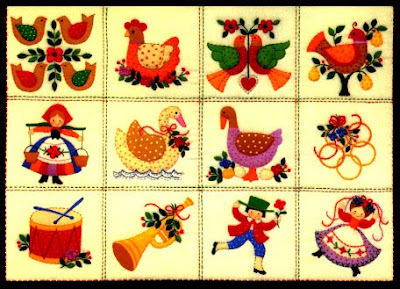 On the Fourth Day of Christmas ... four colly birds

The fourth verse of the traditional song, The Twelve Days of Christmas, is:

On the fourth day of Christmas, my true love gave to me...
four colly birds,
three French hens,
two turtle doves
and a partridge in a pear tree.

Colly birds were blackbirds, but the Christian interpretation of this song often describes them as “calling birds” so that they come to represent the Four Evangelists or the Four Gospels, Matthew, Mark, Luke and John.