The call to discipleship is costly and demands commitment without conditions

May I speak to you in the name of God + Father, Son, and Holy Spirit, Amen.

Over the past few weeks, the Gospel readings in the Lectionary have been looking at some of the well-loved and well-known stories in Saint Luke’s Gospel: the healing of the Centurion’s servant in Capernaum (Luke 7: 1b-10); the raising of the widow’s son in Nain (Luke 7: 11-17); the anointing of Jesus by the woman with the alabaster jar (Luke 7: 36 – 8: 3); and the healing of the Gerasene man possessed by a legion of demons.

Luke is a great story-teller; we have all been captivated by his stories of healing and his parables: the Good Samaritan, the Prodigal Son, the unjust steward, and so on.

And so this morning’s Gospel reading comes as a little surprise. The first impression is that there’s no story here, no drama, no healing, no showing how society’s perceived underdog is really a model for our own behaviour, for my behaviour – indeed a model of how God behaves, and behaves towards us.

You see, good stories about wayward sons and muggings on the roadside make for good drama, and healing stories are great soap opera. But they only remain stories and they only remain mini-stage-plays if all we want is good entertainment and forget all about what the main storyline is, what the underlying plot in Saint Luke’s Gospel is.

It is a challenge to us all. We are called to live not for the pleasure of a dramatic moment, but to live in the one great drama that is taking place: to set our faces on the heavenly Jerusalem; to live as if we really believe in the New Heaven and the New Earth.

We are called not to be conditional disciples – I’ll be a Christian when I look after everything else, sometime in the future. We are called to be committed disciples – to live as Christians in the here-and-now.

And so, to illustrate the difference in, the tensions between, being a conditional disciple and being a committed disciple, Luke plays the playwright once again and introduces us to one little drama and then three characters who are just like you and me, three “wannabe” disciples, three figures who illustrate the conflict of loyalties that inevitably comes with trying to answer the call to discipleship.

The first drama is a ready-made piece of self-criticism for each and every one of us. Jesus and his followers have arrived in a Samaritan village.

At a mundane level, at the level of visible difference, the Samaritans would not have been particularly warm and welcoming to provincial, rustic Galilean Jewish pilgrims making their way to Jerusalem through their villages, looking down their noses at Samaritan religious beliefs and customs, and seeing the Samaritan worship of God at Mount Gerizim, at best, as second best.

What have they been learning from Jesus so far about basic, fundamental Christian beliefs and values being expressed in how we love God and love one another?

Yet, so often in Christianity, we have behaved like James and John in this story, rather than adhering to the values of Jesus. So often we have burned down and gobbled up those we see as different: in the past, this is how Christians behaved in the Crusades, at the Inquisition, during the wars sparked by the Reformation, acting on prejudice against people of different faiths and different ethnic backgrounds – often without apology and without realising, like James and John, that this was totally contrary to the basic teaching of Jesus: that we must love God and love each other.

The Crusades and the Inquisition are long gone, but we continue to behave in the same way today: Islamophobia is a creation, not of the Muslim world, but of European and American societies; the guilt for the Holocaust is the legacy not just of Germans, but of all Europeans; Bishop Christopher Senyonjo reminded us here last Sunday how many Christians continue to demand burning and slashing when it comes to human sexuality and difference.

What had the disciples learned from Jesus about compassion, tolerance and forbearance in the immediate weeks and months before they arrived in this Samaritan village?

How embarrassed they must have been if this was the same Samaritan village that Jesus visits in Saint John’s Gospel (see John 3: 4-42), where it is a Samaritan woman, and not the disciples, who realise who Jesus really is. She is a Samaritan woman of questionable sexual moral values. But it is she, and not the disciples, who bring a whole village to faith in Christ; it is she who asks for the water of life; it is she who first suggests that indeed he may be, that he is, the Messiah.

How embarrassed they must be a little while later when Jesus tells the story of the Good Samaritan (see Luke 10: 29-37). The one person I want to meet on the road, on the pilgrimage in life, is not a priest or a Temple official, but the sort of man who lives in the very sort of village I have suggested, because of my religious bigotry and narrow-mindedness, should be consumed with fire, burned to the ground, all its people gobbled up.

The woman at the well and the Good Samaritan are examples of ideal disciples, committed disciples. On the other hand, this morning, we are presented with three wannabe disciples, three examples of conditional disciples, people who are happy to be called, but who only want to follow on their own terms.

Of course, domestic security, filial duty and loyal affection are high ideals, as Elijah accepted in our Old Testament reading, when Elisha went back home to say farewell. But they are conditional, while the call of the kingdom is urgent and imperative. And it demands commitment in such a way that it puts all other loyalties in second place.

Jesus is not saying that these men had the wrong values. But he sees how we can use values so that we can end up with the wrong priorities.

But instead, our lives and our economy were relegated to second place while people speculated on the property market, borrowed from our future, and the future of our children and grandchildren, to satisfy their own greed. Generations to come will be paying for this and getting no return. Already, people are being evicted from their homes.

How often do people use the values of ageing parents and past generations to justify present behaviour? “What would the men of 1916 say if we dare to play rugby at Croke Park or welcome the head of state from our nearest neighbours and friends to Arus an Uachtarain?” Our so-called Gaelic patriots continue to try to dig a deep and deadly pit between themselves and the Samaritans of their own creation, and those of us who try to cross that pit have too often had fire and consummation called down on us.

How often have we used those around us as an excuse to justify our own intransigence? It happened in the past in Anglicanism when some said we should not ordain woman because “oh, but what would the neighbours say? It’s not the right time yet.” Bishop Christopher Senyonjo challenged us last Sunday to ask whether we are saying the same today in the Anglican Communion about others.

As GB Caird pointed out in his commentary on Saint Luke’s Gospel, sometimes the most difficult choices in life for most of us are not between good and evil, but between the good and the best. I’m sure these three wannabe disciples presented good excuses. But discipleship on my own terms is not what Jesus asks of me. It can only be on his terms. There is no conditional discipleship, there is only committed discipleship. 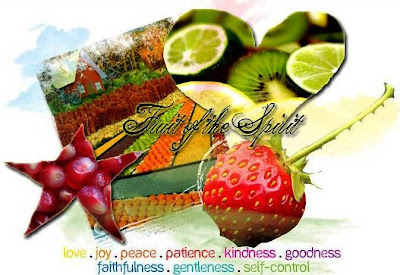 And, as Saint Paul reminds us this morning in our epistle reading, committed discipleship is costly and demanding, but rewarding. It finds its true expression in “love, joy, peace, patience, kindness, generosity, faithfulness, gentlness, and self-control. There is no law against such things.”

Canon Patrick Comerford is Director of Spiritual Formation, the Church of Ireland Theological Institute, and a canon of Christ Cathedral, Dublin. This sermon was preached at the Cathedral Eucharist on Sunday 27 June 2010.