Old Bawn House: a lost link
between Beaumaris and Dublin 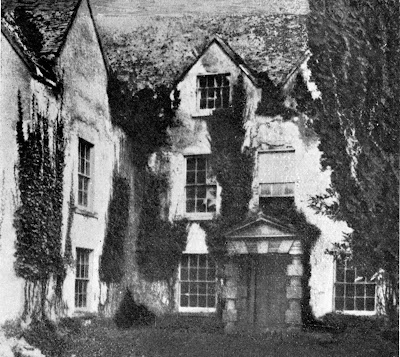 Old Bawn House: a lost link between Beaumaris and Dublin

I am staying in Beaumaris, the former county town of Anglesey, this weekend, at the eastern entrance to the Menai Strait, the waterway that separates Anglesey from the coast of North Wales, with plans to visit nearby Llanfairpwllgwyngyll, which has a longer place name that is supposed to be the longest place name on these islands, the site of the former prison camp at Frongoch, and Portmeirion, the coastal village designed and built by Sir Clough Williams-Ellis between 1925 and 1975 in the style of an Italian village.

But there is an interesting connection between Beaumaris and the Diocese of Dublin and the part of Dublin I live in.

Sir Richard Bulkeley (1533-1621) of Beaumaris was once one a powerful figure in Welsh politics. He was appointed Constable of Beaumaris Castle in 1561 and elected the first Mayor of Beaumaris in 1562. In 1563, he was elected MP for Anglesey, and he became High Sheriff of Anglesey in 1570.

Bulkeley was knighted at Whitehall, in 1577, and became embroiled in the many power struggles in Wales. Owen Wood accused him of oppressing the townspeople of Beaumaris, and of being involved in the Babington plot in 1586. Bulkeley was cleared and became one of Queen Elizabeth’s courtiers.

Bulkeley’s younger half-brother was Lancelot Bulkeley (1568-1650), later Archbishop of Dublin. Lancelot Bulkeley was educated at Brasenose College, Oxford, and Saint Edmund Hall. He was ordained deacon and priest in 1593 and 1594 by Hugh Bellot, Bishop of Bangor. He continued as Rector of two parishes in the Diocese of Bangor when he was appointed Archdeacon of Dublin in 1613.

In 1619, he succeeded Thomas Jones as Archbishop of Dublin. As Archbishop, Bulkeley revived the controversy over the Primacy of Ireland. The debate was brought before the Lord Deputy, Thomas Wentworth, who ruled in favour of the precedence of the Archbishop of Armagh.

At Christmas 1628, he was involved in an unsuccessful attempt to prohibit the public Roman Catholic celebration of the Mass. The move provoked a large-scale riot in Dublin, the mob stoned Bulkeley, and he was forced to seek refuge in a private house. Dublin Corporation refused to come to his aid and blocked troops sent to quell the riot.

In 1635, Archbishop Bulkeley built Old Bawn House, south of Tallaght. This fortified house was of a late Tudor style, designed in an H shape with high pointed gables. It had many windows and 12 chimneys. The features included a chimneypiece and a carved oak staircase that were moved to the National Museum. The chimneypiece reached to the ceiling and depicted the building of the walls of Jerusalem.

Old Bawn House was enclosed by a wide fosse and probably had a drawbridge. To the south of the house there was a large pleasure garden laid out with walks, ponds and tree-lined avenues. Old Bawn House was damaged in the rebellion of 1641, but it was restored immediately at a cost of £3,000.

Throughout the Cromwellian wars, Bulkeley remained a loyal Anglican. In 1646, he signed a proclamation confirming a peace treaty between Lord Ormonde and the Roman Catholics. He resisted the act prohibiting the use of the Book of Common Prayer and was imprisoned in 1647.

Shortly after the execution of Charles I, a decree on 8 March 1649 confiscated all Bulkeley’s honours, privileges, castles and estates, and vested them in General Henry Ireton.

Archbishop Bulkeley died in Tallaght on 8 September 1650. He was then 81, and he was buried in Saint Patrick’s Cathedral.

After the Bulkeleys, Old Bawn House passed to Lady Tynte who leased it. In 1830, the house was bought by the McDonnell family who established a paper mill behind the house. This was one of many mills along the banks of the River Dodder in the 19th century.

The house fell into disrepair during the early 1900s it was used as a storehouse when the lands in the area were being developed for new housing in the 1960s. I still remember the storm 40 years ago when what remained of Old Bawn House was demolished in 1976, and a connection between Beaumaris, Dublin and a former archbishop were levelled to the ground. 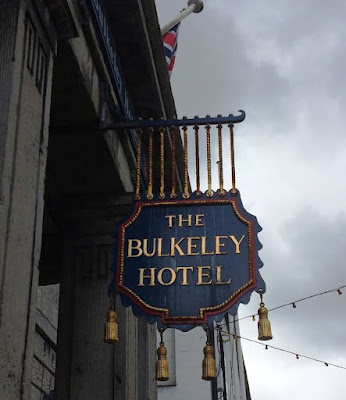 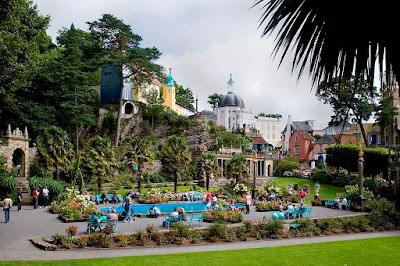