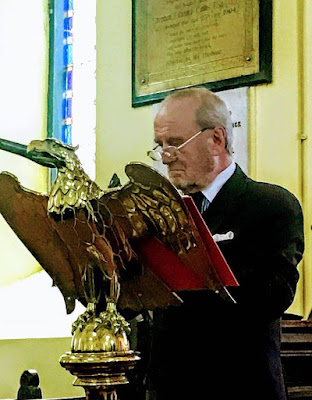 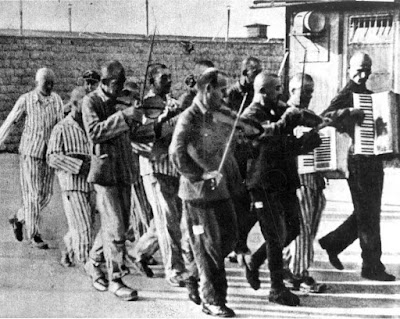 I have long decided the hymns I want to hear at my own funeral – later, rather than sooner, hopefully. I am not being morbid in any way, needless to say, but I think the hymns and readings at my funeral should reflect my own theological and spiritual journey through life.

1, Opening hymn: ‘Thine be the glory’ (Irish Church Hymnal, 288) is filled with hope of the Resurrection, and was first written in French and later translated into English. It became popular after it was sung at the Jerusalem Conference in 1928 and then at 1948 assembly of the World Conference of Churches in Amsterdam. The hymn was written to be sung to the tune in the chorus in Handel’s oratorio Judas Maccabeus.

2, Gradual: ‘Lead kindly light’ (ICH, 653) was written by John Henry Newman in 1832, during a time of spiritual turmoil in his own life. On the Sunday after writing this poem, he heard John Keble preach his influential ‘Assize Sermon’ in Oxford. Newman did not imagine at the time that his poem would become a hymn. The tune is by John Bacchus Dykes, Precentor of Durham Cathedral, and this later became Gandhi’s favourite hymn.

3, Offertory: ‘How shall I sing that majesty’ (ICH, 468), written by John Mason in the 17th century, is also a resurrection hymn. The tune ‘Coe Fen’ by Kenneth Naylor is outstanding, and also evokes memories long summer walks by the Backs in Cambridge. But I want all four verses of the hymn sung, and not just the three verses found in the Irish Church Hymnal.

4, Post-Communion hymn: ‘Abide with me’ (ICH, 62) by Henry Francis Lyte is known to every football fan, but also has strong Wexford connections. Lyte served his curacy in Taghmon, Co Wexford, and his experience there inspired many of the themes in this hymn, although he wrote it later in life, when he was acutely aware of his own impending death.

‘If it be your will’ seems so appropriate a hymn for any writer who has to accept that our time has come and that it is God’s will that we should become silent:

On the other hand, ‘Dance me to the end of love’ seemed, for so long, to be an appropriate way of saying that love continues after death, that death does not bring an end to love.

I also want this song because of its Greek inspiration: it follows a typical Greek Hasapiko dance path, inspired perhaps by Cohen’s long-lasting links with Greece and the island of Hydra.

So, I was taken aback earlier this week to learn from Allan Showalter’s blog that this song was inspired by a photograph Leonard Cohen had seen in his childhood of musicians in a death camp.

In a posting last year [29 March 2019], Allan Showalter quoted Leonard Cohen saying as he introduced the song at his concert in Koln on 10 April 1988, ‘This is a song that arose from a photograph that I saw when I was a child of some people in striped pyjamas prison uniforms with violins playing beside a smoke stack and the smoke was made out of gypsies and children, and this song arose out of that photograph: Dance Me To The End Of Love.’

The photograph Allan Showalter used to illustrate his posting shows prisoners in the death camp in Mauthausen, although it is only one of several such images, and he admits it ‘is unlikely to be the specific photo that inspired Leonard Cohen’s Dance me to the end of love.’

In an interview with CBC radio 25 years ago, on 26 August 1995, Cohen was asked about the origins of ‘Dance me to the end of love.’ Cohen said it ‘came from just hearing or reading or knowing that in the death camps, beside the crematoria, in certain of the death camps, a string quartet was pressed into performance while this horror was going on, those were the people whose fate was this horror also. And they would be playing classical music while their fellow prisoners were being killed and burnt. So, that music, ‘Dance me to your beauty with a burning violin,’ meaning the beauty there of being the consummation of life, the end of this existence and of the passionate element in that consummation.’

He continued, ‘But, it is the same language that we use for surrender to the beloved, so that the song – it’s not important that anybody knows the genesis of it, because if the language comes from that passionate resource, it will be able to embrace all passionate activity.’

Further reading: ‘Play, Or Die. The Orchestras of Auschwitz,’ by Shannon Quinn