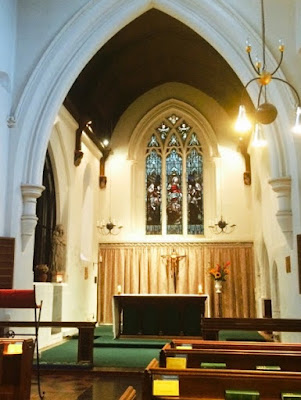 I was challenged unexpected;y not once or twice but three times in church today [30 August 2015] to think again and to pray more and do more about the crisis in Syria.

In the morning I attended the Eucharist at the parish church of Saint Mary and Saint Michael in the village of Trumpington, on the southern fringes of Cambridge, where I was staying for the weekend before moving into Sidney Sussex College for a study week.

The Offertory Hymn was that well-known hymn by the American Quaker poet and activist, John Greenleaf Whittier (1807-1892), Dear Lord and Father of mankind. I had been fumbling in my pocket for the collection, and as I returned to the hymn at the opening words of the second verse, I was struck by the lines:

After receiving Communion at the rails, I returned to my pew, and joined the Communion hymn at the fourth verse of Kate Wilkinson’s hymn, May the mind of Christ my Saviour:

How could I not find myself thinking and praying this morning about Syrian refugees on the sea?

May I run the race before me,
strong and brave to face the foe,
looking only onto Jesus
as I onward go.

This evening, Evening Prayer was being led by the associate priest at Saint Bene’t’s, the Revd Rachel Nichols. The Gospel reading this evening was Matthew 4: 23 to Matthew 5: 20.

Immediately before the Beatitudes we are told, “So his fame spread throughout Syria …” (Matthew 4: 24).

The crisis in Syria and the Syrian migrants on the sea cannot be pushed out of our minds and our prayers if we seek to be among those who are blessed because they mourn, because they are poor, seek peace and justice, peace righteousness and because they are merciful. 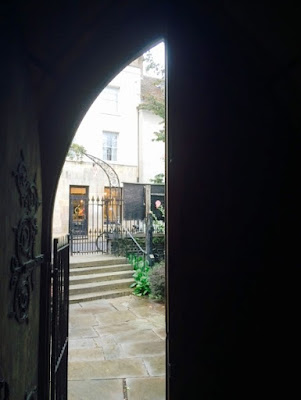 Looking out onto the world from Saint Bene’t’s Church, Cambridge, after Evening Prayer (Photograph: Patrick Comerford, 2015) 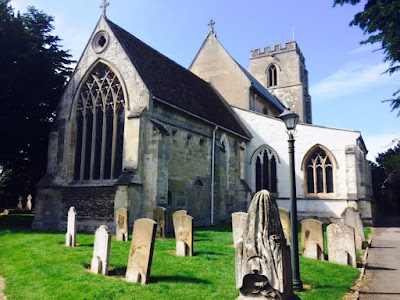 Parts of the parish church of Saint Mary and Saint Michael in Trumpington date from the mid-13th century (Photograph: Patrick Comerford, 2015)

Trumpington, where I am staying this weekend, is about 3 km south of Cambridge city, is often overshadowed by nearby Grantchester, with its picture-postcard prettiness and its literary associations with Rupert Brooke.

There is evidence of Iron Age and Roman settlements in Trumpington, near the ford on the River Cam by the road to Grantchester, and of a Roman cemetery. An Anglo-Saxon cemetery has also been found nearby at Dam Hill.

In 2012, archaeologists working in a field at Trumpington Meadows on the outskirts of the village found a seventh century Anglo-Saxon bed burial of a young woman aged about 16. She was buried on a wooden bed, and on her breast she had an ornate, jewelled gold pectoral cross inlaid with garnets. The cross indicates a member of a rich aristocratic family, and the grave may have been part of an Anglo-Saxon monastic community.

The Parish of Trumpington existed long before the Norman Conquest and has been known by several spellings. By 1086, in the time of the Domesday Book, there was a thriving community of 33 people here. The population had risen to 100 by the late 13th century, and the village was sizeable throughout the Middle Ages.

Although the original dedication of the church is unknown, many churches had their dedication changed to Saint Nicholas in the early Middle Ages and Trumpington Church was known by this name in 1291. The church was mainly built in 1200-1330. One of the oldest parts of the church is the stone at the base of a pillar, at the back of the nave, laid in 1200. The monumental brass of Sir Roger de Trumpington, a crusader knight, with the date 1289, is reputedly the second oldest brass in England. 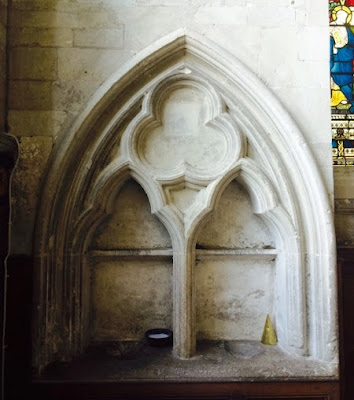 The elaborate double piscina on the south side of the sanctuary (Photograph: Patrick Comerford, 2015)

On the south side of the sanctuary there is an elaborate double piscina. Pope Innocent III ordered the construction of these in churches in 1216. These basins, which drain into earth, are for washing the priest’s hands before celebrating the Eucharist and for draining off the water used to wash the sacred vessels afterwards. 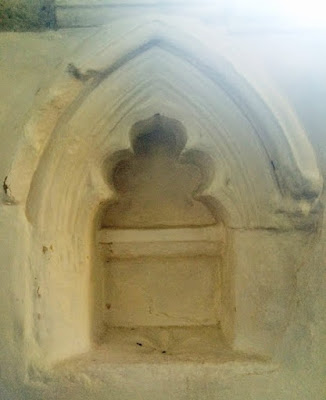 The single piscina in the south chapel (Photograph: Patrick Comerford, 2015)

As a single piscina was considered sufficient for both functions after 1300, so this part of the church can be dated to the 13th century. Examples of a single piscina can be found in both the north and south chapels.

The nave was rebuilt in 1339, and there were several attempts in the 14th century to determine the true direction of East, which has resulted in the chancel and the tower not being in line.

Documents later in the Middle Ages refer to the church as Saint Mary and Saint Michael, and this dedication continues to this day.

In the Middle Ages the church was endowed with stained glass and the walls were plastered and probably painted. Although much of the glass depicting saints and biblical figures was destroyed at the Reformation, heraldic motifs and purely decorative glass survived largely intact. 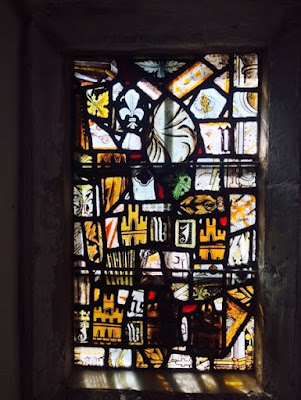 Some surviving mediaeval glass on the south side of the chancel (Photograph: Patrick Comerford, 2015)

The wooden rood screen, at the entrance to the chancel, dates from the 15th century. The top of the rood screen was roughly sawn off during the Reformation, when these screens were seen as barriers between the priest and people.

The pulpit, was which was given to the church in 1677 by Thomas Allen, came from the old chapel of Emmanuel College after Christopher Wren designed the present college chapel. Originally, it was a three-decker pulpit with sounding board and stood in front of the first pillar in the nave.

There is a restored tomb canopy with a coffin lid on the chancel wall, possibly to a member of the Trumpington family.

Trumpington’s parish church was renovated by William Butterfield in 1876, when the original Barnack stone was partly refaced with Bath stone, the roof was replaced, the walls were replastered, and the box pews were also repaired and replaced.

The church has a memorial window to Henry Fawcett (1833-1884). Although he was blinded in an accident when he was 25, he became the first Professor of Political Economy in Cambridge, an MP, and Postmaster-General in Gladstone’s government, when he introduced parcel post.

There are headstones to the Maris family near the south porch and memorials to the Pemberton and Foster families to the right.

The old churchyard includes many 18th and 19th century graves, including the grave of Sir George Howard Darwin (1845-1912), son of Charles Darwin, mathematician and geophysicist. 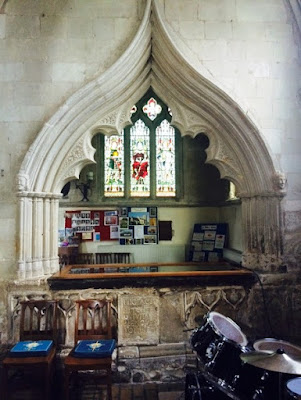 Mediaeval traces can be found throughout the church in Trumpington (Photograph: Patrick Comerford, 2015)