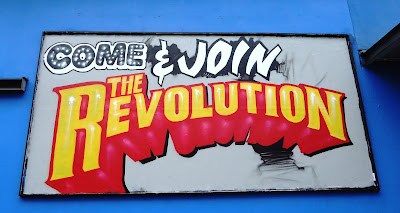 The early morning sleet looked as though it was threatening to turn to snow. It’s cold and chilly, but so far we have been saved the heavy snow that has blanketed many parts of England, and that I could see yesterday in mountains above where I live.

But, thankfully, it remained dry all the way into the city centre this morning, although the temperature never rose above 2 or 3. I was deacon at the Cathedral Eucharist in Christ Church Cathedral, reading the Gospel (John 2: 1-11) and assisting with the administration of Holy Communion.

This Gospel reading is the story of the Wedding at Cana, one of the three majestic Epiphany themes, alongside the Visit of the Magi and the Baptism of Christ.

After the Gospel reading and the sermon, the newly re-formed Girls’ Choir was formally commissioned by the Dean, he Very Revd Dermot Dunne. The setting was Schubert’s Mass in G, and the music included Mendelssohn’s Lift up Thine Eyes and Lole’s arrangement of Jesus Good Above All Other. All are warmly invited to attend this special service.

Strolling through the Old City in the cold this afternoon (Photograph: Patrick Comerford, 2013)

After coffee in the crypt, five of us went to lunch in Beirut Express on Dame Street. Later as I strolled around the book barrows in Temple Bar, the sleet was beginning to fall again, but it still failed to turn to snow.

Some of the stall holders were deciding to close early rather than stand around in the sleet in the cold, with few customers to offer them the possibility of it being worth their while to hang around.

But as I strolled back towards the cathedral, I was amazed how colourful graffiti can bring colour and life to a grey winter’s day in inner city Dublin, even in narrow alleys and laneways. 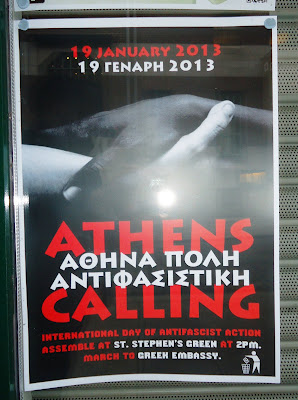 A poster in a bookshop window in Essex Street ... a reminder that none of us is far from the crisis in Athens (Photograph: Patrick Comerford, 2013)

And a poster in the window of bookshop reminded us that none of us is far from the present economic crisis and the domestic tragedies in Greece. 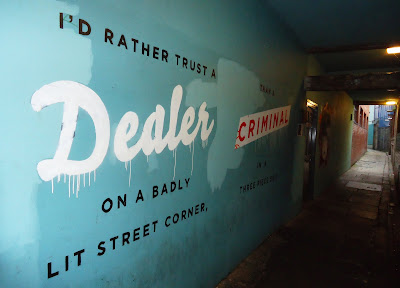 ‘I’d rather trust a dealer on a badly lit street corner, than a criminal in a three-piece suit’ ... creative graffiti in an alleyway off Essex Street (Photograph: Patrick Comerford, 2013)

I was back in Christ Church Cathedral for Choral Evensong this afternoon. Even on a cold and dark winter’s evening, six chapter members were in their stalls in the cathedral this evening.

Dark had fallen as I left the cathedral after 5 this evening. There is still a high risk of snow tonight and tomorrow. 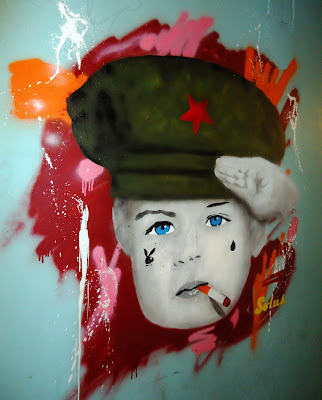