An early morning walk
through fen and marsh 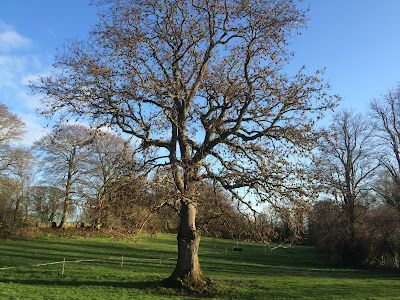 The Newpark Fen is a diverse habitat (Photograph: Patrick Comerford, 2016)

The Newpark Hotel, where I am staying in Kilkenny during this three-day conference, is proving to be an ideal location for morning walks in this crisp bright weather.

This morning, I went for an early morning in the Newpark Fen and Eco-Park, behind the Newpark Hotel on the Castlecomer Road, beside the grounds of Kilkenny College about 2 km from the centre of Kilkenny City.

The Newpark Fen is a diverse habitat with open water and a rich variety of bird, mammal, plant and insect species. The Newpark Fen Nature Trails are reached through the Wildlife Farm and Adventure Playground at the back of the hotel.

The Newpark Fen covers an area of 9.7 hectares (23.7 acres), and includes a multi-award-winning game and bird sanctuary and well-maintained amenity area, with unique opportunities to see many different species of birds and a wide range of fauna.

The marsh is an area of extraordinary plant and wildlife. It is a natural reserve with 49 different species of birds identified to date and more than 70 species of plants, trees and shrubs.

This was once a lake and became colonised by reeds and floating vegetation, such as pondweed. It is a diverse habitat with open water, tussocks of sedge and a rich variety of wild plants, including Ragged Robin, Lady’s Smock, Yellow Iris, Yellow and Purple Loosestrife.

This has been designated an Area of Scientific Interest and is a proposed Natural Heritage Area (NHA). It is recognised as being of local scientific importance. It includes a bird feeding area, wildlife information boards and a 2km pathway making this a perfect walking trail this morning. 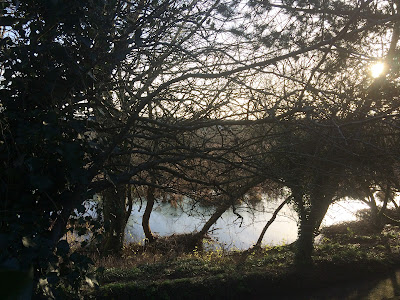 Posted by Patrick Comerford at 12:48 No comments:

Why I am ‘the child of God, and an
inheritor of the kingdom of heaven’

I was reminded yesterday of the second question in the Catechism in the Anglican tradition, which asks in The Book of Common Prayer about Baptism.

The response says that “in my Baptism … I was made a member of Christ, the child of God, and an inheritor of the kingdom of heaven.”

I have emphasised the definite article in the child of God, as did the speaker.

This emphasis had an empowering and transforming impact on the children and teenagers he worked with in the East End of London.

The speaker in Kilkenny yesterday [1 February 2016] was speaking from a Franciscan perspective, and he recalled how Margaret Thatcher quoted or misquoted Saint Francis of Assisi outside No 10 Downing Street in 1979, when she said: “Where there is discord, may we bring harmony…”

Of course, Margaret Thatcher had misquoted Saint Francis outside No 10, but the speaker also asked whether she ever brought his principles from the steps into the Cabinet Room.

I was reminded yesterday, however, of another prayer that Saint Francis prayed as he contemplated a crucifix in the ruins of the church of San Damiano. There Saint Francis heard Christ saying to him: “See that my Church is falling down. Rebuild my Church”. He began to do this physically – or symbolically – by rebuilding San Damiano with his own hands.

The life-sized crucifix in the church in San Damiano, painted in a Byzantine style, depicts Christ as wounded but not suffering. It is as though he is stretching out his hands not on the instrument of his death but in a gesture of prayer. A panel at the head of the cross depicts his Resurrection.

Saint Francis of Assisi had no illusions about the reality of suffering, even if he knew how Christianity transformed it. We were reminded yesterday of how his brokenness marked Saint Francis marked him yet drew him closer and closer to Christ.

I am the child of God, and God’s own love child.