Christmas Poems (8): The Cultivation of Christmas Trees by TS Eliot 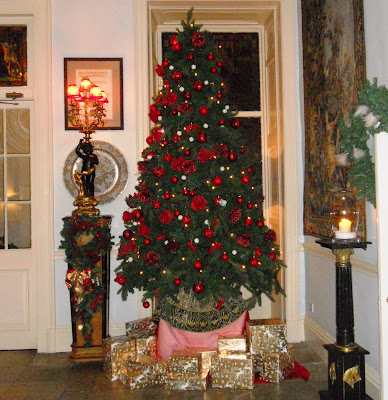 The Christmas trees so long up and decorated, at home and at work, that they are in danger of beginning to shed, even before Christmas Day dawns. Yet, they are still selling Christmas trees outside Rathfarnham Shopping Centre. Meanwhile, the mayor of Nazareth Illit, an Israeli town with a small Arab Christian minority, is maintaining the ban on the public display of Christmas trees he enforced last year.

Nazareth Illit is next to Nazareth, the childhood home of Jesus Christ, where the population is about one-third Christian. “Nazareth Illit is a Jewish city and it will not happen – not this year and not next year, so long as I am a mayor,” the Mayor, Shimon Gapso, said last year. And, true to form, the ban remains in place this year too, according to a report by Rebecca Greenfield on the news website Atlantic Wire earlier this week.

The town’s Arab Christians accuse the mayor of racism. “The racism of not putting a tree up is nothing compared to the real racism that we experience here,” said Aziz Dahdal, a Christian resident of Nazareth Illit.

“When we asked the mayor to put up a Christmas tree in the Arab neighbourhoods of Nazareth Illit, he said this is a Jewish town, not a mixed town,” said Shukri Awawdeh, a Muslim Arab member of the town council. “We told him that decorating a tree is just to share the happiness and cheer with other people in the town.”

So my choice of Christmas poem this morning is ‘The Cultivation of Christmas Trees,’ by TS Eliot. Eliot began life as a Unitarian, but became an Anglo-Catholic after moving to London. I wrote yesterday of how he was dismissive of Coleridge, who had been a Unitarian before returning to the Anglicanism of his birth, describing him as a mere “researcher into religious emotion.” 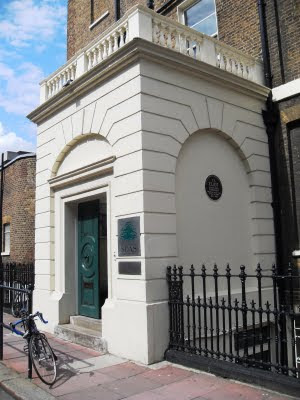 Eliot’s poem ‘The Cultivation of Christmas Trees’ was first published on 26 October 1954 as part of a newer series of his ‘Ariel Poems’ by Faber & Faber, and was illustrated by David Jones. This poem is numbered A66 in Gallup’s bibliography of Eliot’s works.

Christmas has a significance throughout Eliot’s work, not only in the Ariel poems, but in his play Murder in the Cathedral, where Thomas à Becket preaches his Christmas sermon.

The four earlier Ariel poems – ‘Journey of the Magi’ (1927), ‘A Song for Simeon’ (1928), ‘Animula’ (1929) and ‘Marina’ (1930) – are Eliot’s first poems of declared Christian belief and were published in successive years as illustrated Christmas greetings by his London publishers and employers Faber & Gwyer (later Faber and Faber). They are severe and rigorous examinations of the significance of Christmas. The original four could hardly be described as “festive.”

But ‘The Cultivation of Christmas Trees’ relents a little in this respect. When I first read this poem, I thought it was a more lightweight and less serious poem than the other Ariel poems or other well-known poems by Eliot, such as ‘The Waste Land’ (1922), ‘Ash Wednesday’ (1930), and the poems in ‘The Four Quartets’ (1935-1942) Yet, in many ways, this poem is marked by its wry understatement.

This poem is much later and is less well-known than ‘Journey of the Magi’ or ‘A Song for Simeon’ (1928). In those poems Eliot presents the Nativity not as a joyous event but in the context of the ‘bitter agony’ of death that is inextricably linked with this birth.

The speaker in ‘Journey of the Magi’ is one of the Magi, now elderly, for whom Christ’s birth represents his own death but is uncertain of the significance of what he has witnessed. In ‘A Song for Simeon’ the narrator is also an old man, Simeon, who sees, understands and embraces the significance of the new-born child presented in the Temple. In many ways, ‘Animula’ is the bleakest of the Ariel poems, tracing human life from birth to death, while recalling in the child ‘taking pleasure/ In the fragrant brilliance of the Christmas tree.’ The fourth poem, ‘Marina,’ seems to be the most hopeful, in which Eliot recalls the ‘scent of pine and the woodthrush singing through the fog,’ so that the boat carries hints of Christmas trees, as this life is only a foretaste, ‘Living to live in a world of time beyond me.’

Eliot returns to the Christmas theme in ‘The Cultivation of Christmas Trees’ and in this poem Eliot he the meaning of Advent and Christmas that can so easily get lost in the panic about chores, turkeys and cards:

Here, we find echoes of Eliot’s opening words in ‘East Coker’, the second of ‘The Four Quartets’: “In my beginning is my end,” and of his closing words: “In my end is my beginning.”

While ‘A Song for Simeon’ and ‘Journey of the Magi’ address specifically Biblical and theological themes, ‘The Cultivation of Christmas Trees’ deals directly with this holiday season, and is filled with contemporary observations of popular devotions and rituals that we all love at this time of the year.

By the time he wrote this poem, Eliot was 66 years old, but he imagines himself as a more elderly man looking back at the Christmases of his childhood, recapturing his own childhood memories as he anticipates Christmas morning.

Eliot seems to strike the appropriate tone when he discusses the proper celebration and meaning of Christmas. He advocates the innocence and simplicity of a sentimental celebration of Christmas, filled with a beautiful tree, a bountiful feast, and new toys. The spirit of the season is not idolatry, but is a truly Christian “happiness and cheer.” This is a season of cheer and goodwill, a season filled with the warmth and joy that Christ’s coming into the world should inspire in a loveless world that is in need of saving.

The first sentence of the poem introduces several possible attitudes towards Christmas, of whom the childish is the one Eliot wants us to give priority. The second sentence, which constitutes the rest of the poem – thanks to three colons, a semicolon, and several sets of parentheses – tells the reader how Christmas should be viewed and experienced. 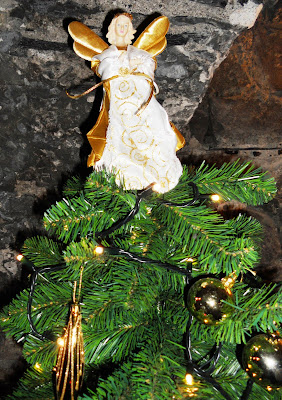 ‘... the child/For whom the candle is a star, and the gilded angel/Spreading its wings at the summit of the tree/Is not only a decoration, but an angel’ (TS Eliot) ... an angel atop a Christmas Tree in the crypt in Christ Church Cathedral, Dublin, earlier this week (Photograph: Patrick Comerford, 2011)

Eliot now pictures vividly the various trappings of Christmas and the wonder they should inspire from childhood onward, while warning against “bored habituation,” fatigue, tedium, awareness of death, consciousness of failure and

... the piety of the convert
Which may be tainted with a self-conceit.

Then, in parentheses, he recalls his own memories of Saint Lucy’s Day, which he may have been part of his American childhood experiences, but is difficult for readers in this part of Europe to grasp. He clearly wants to link the celebration of this day and its inclusion of children with the celebration of Christmas, and paints a visual image by evoking the flame of light in darkness and of brave martyrdom when he speaks of “her carol, and her crown of fire.”

Saint Lucy was a young woman in the third century who maintained unflinching faith in the face of martyrdom. Her name comes from the Latin for “light,” and some traditions say she was miraculously protected from being burned alive. On her feast day on 13 December, Scandinavia girls dress as Saint Lucy, wearing crowns of candles and singing carols about her.

Eliot closes the poem with a reminder of the true significance of Christmas and the future. Christ’s birth leads to his death and resurrection, and to the founding of the Church, when “fear came upon every soul.” His first coming at his incarnation also foreshadows his second coming in judgment: 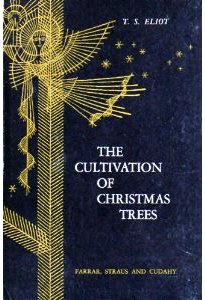 The Cultivation of Christmas Trees by TS Eliot.

There are several attitudes towards Christmas,
Some of which we may disregard:
The social, the torpid, the patently commercial,
The rowdy (the pubs being open till midnight),
And the childish – which is not that of the child
For whom the candle is a star, and the gilded angel
Spreading its wings at the summit of the tree
Is not only a decoration, but an angel.

The child wonders at the Christmas Tree:
Let him continue in the spirit of wonder
At the Feast as an event not accepted as a pretext;
So that the glittering rapture, the amazement
Of the first-remembered Christmas Tree,
So that the surprises, delight in new possessions
(Each one with its peculiar and exciting smell),
The expectation of the goose or turkey
And the expected awe on its appearance,

So that the reverence and the gaiety
May not be forgotten in later experience,
In the bored habituation, the fatigue, the tedium,
The awareness of death, the consciousness of failure,
Or in the piety of the convert
Which may be tainted with a self-conceit
Displeasing to God and disrespectful to children
(And here I remember also with gratitude
St.Lucy, her carol, and her crown of fire):

So that before the end, the eightieth Christmas
(By “eightieth” meaning whichever is last)
The accumulated memories of annual emotion
May be concentrated into a great joy
Which shall be also a great fear, as on the occasion
When fear came upon every soul:
Because the beginning shall remind us of the end
And the first coming of the second coming.

Tomorrow: ‘’T’was the Night Before Christmas’ by Clement Clarke Moore.