Mending the nets on a small boat in the morning sunshine in Aghios Georgios (Photograph: Patrick Comerford, 2019)

Early in the morning, in the tiny harbour at Aghios Gheorgios on the coast of south-west Corfu, two fishermen are working in early sunshine that has already become sweltering.

The night’s work in the Ionian Sea is long over, their catch has been sold, but still the morning’s work is not over.

They have to dry, hang out, and then mend and fold their nets.

Without mending those yellow nets, there may be a smaller catch tonight. Without tending to their nets, small tears become bigger, frayed netting cracks and breaks, and eventually every fish becomes the one that got away, the one that was never caught.

Maintenance is an important part of the fisherman’s daily routine. Without maintaining the nets, there is no future.

Tomorrow [24 August] is the feast of Saint Bartholomew, identified in tradition with Saint Nathaniel.

It is only later that these net menders and net maintainers– and after many stormy encounters with the wind, the waves and the living Lord – can sail out with confidence, in search of those big catches.

Too often I listen to theologians, particularly missiologists, theologians who specialise in the theology of mission, decry what they call the maintenance model of Church, where as priests we pay attention to the small details of parish life. They often dismiss this as ‘keeping the show on the road,’ and urge us to turn to a mission model of church.

But if we fail to keep the show on the road, there will be no show to invite anyone into. If we do not maintain the nets, some of the catch will slip through today, more tomorrow, and eventually there will be no point in trying to fish at all. 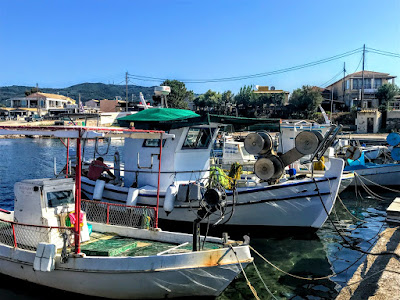 Mending nets in the harbour in Aghios Georgios … a model for ministry in the Church (Photograph: Patrick Comerford, 2019) 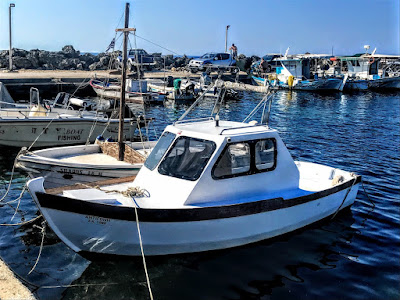 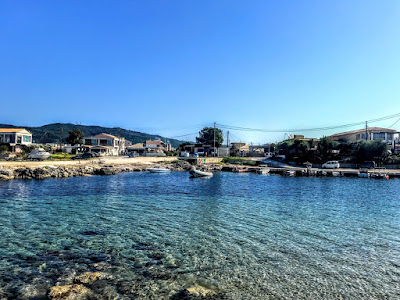