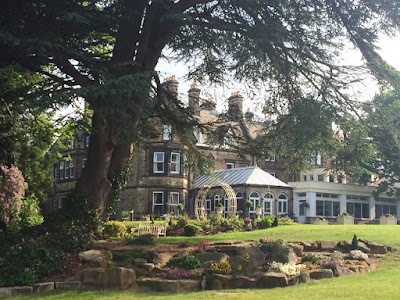 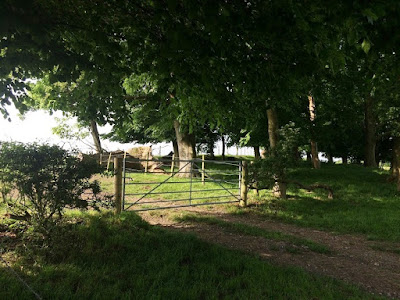 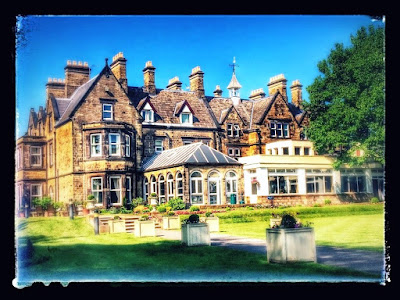 The Hayes Conference Centre at Swanwick in Derbyshire … the venue for the USPG conference 17-22 July 2020 (Photograph: Patrick Comerford)

I ought to be in Derbyshire this week (20-21 July 2020), taking part in the annual conference of the Anglican mission agency USPG (United Society Partners in the Gospel).

The theme for this year’s USPG conference was going to be ‘Rejoice in the Lord always’: God’s People in God’s Mission.

Before the Covid-19 pandemic restrictions meant the conference was cancelled, I was looking forward to a few days in the Derbyshire countryside, but had also planned to spend a day or two on either side of the conference staying in Lichfield, visiting Lichfield Cathedral and Saint John’s Hospital, and, perhaps, also visiting Tamworth and Comberford, with time too in the Staffordshire countryside.

This year’s conference was to take place from Monday to Wednesday this week, immediately before the Lambeth Conference. As well as the annual conference, the programme included a meeting of USPG trustees and the annual meeting of the USPG Council.

The Lambeth Conference was due to take place from 23 July to 2 August, and the pre-Lambeth Conference Hospitality week, 17-22 July, was to bring many opportunities for engagement with global mission for many in the churches of Britain and Ireland.

USPG was planning to play a full part in this hospitality initiative, and this included this year’s conference in Swanwick.

The Swanwick conference was planned as an opportunity to gather with a number of the bishops and their spouses from around the Anglican Communion ahead of the Lambeth Conference, to pray and reflect together on our common mission as the people of God, to be inspired for service in Christ’s name and to reaffirm USPG’s role in God’s mission.

Sadly, the Covid-19 pandemic has meant the USPG conference in Swanwick and the Lambeth Conference have both been cancelled.

Instead, I am spending most of today [20 July 2020] at a Zoom meeting of USPG trustees. Meanwhile, not to be outdone by circumstances, USPG is organising two webinars this week to take the place of both the Conference and Council meetings.

The first webinar, at 2 p.m. tomorrow afternoon (21 July), is primarily for supporters who would have attended Conference, although anyone with an interest in USPG is welcome.

The second webinar, from 2 p.m. to 3.30 p.m. on Wednesday afternoon (22 July), features Professor Esther Mombo, who was to have been the keynote speaker at the Conference, and the response is being offered by Dr Paulo Ueti from Brazil, who was also due to be a speaker at the conference. 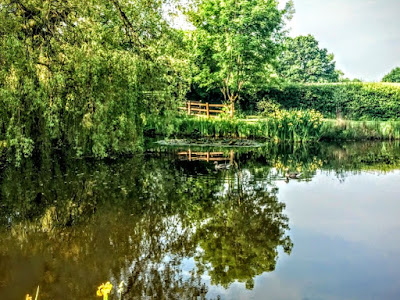 The lake at Swanwick in the Derbyshire countryside (Photograph: Patrick Comerford)