An oasis of tranquillity in literary Bloomsbury 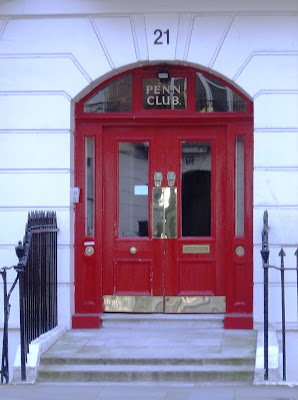 The Penn Club in Bedford Place … an oasis of tranquillity in Bloomsbury (Photograph: Patrick Comerford)

I am in London for the rest of this week, and tomorrow I am speaking at a one-day conference in Saint Matthew’s Church, Westminster, organised by Affirming Catholicism. Tonight I am staying at the Penn Club in Bedford Place, one of my favourite places to say when I am visiting London.

The Penn Club occupies three inter-linking houses in an early Georgian terrace built in the 1800s and retains many of its original architectural features. But it is also an oasis of tranquillity in London, close to Euston and the West End, with a delightful, relaxing garden at the back.

The club was established in 1920 with funds left over from the Friends’ Ambulance Unit, which was active during World War I. Although it is not a formal Quaker institution, the Penn Club continues to have a Quaker ethos and still has continues to have connections with the Religious Society of Friends throughout these islands and internationally. The club maintains traditional Quaker values of integrity, equality, tolerance and simplicity, honesty and fairness in all its dealings.

Those Quaker links are symbolised in the name of the Edward Cadbury Room, recalling Edward Cadbury (1873-1948) of Woodbrooke and Bourneville, who was instrumental in establishing the Selly Oak Colleges in Birmingham and the Department of Theology at Birmingham University. The Edward Cadbury Room has an extensive library, including the daily newspapers and many Quaker books, and is a place for guests to sit and read or to relax in quiet surroundings. 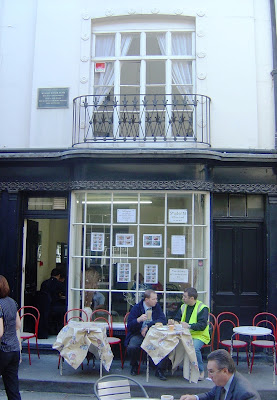 No 5 Woburn Walk ... the Bloomsbury home of the Irish poet WB Yeats from 1895 to 1919 (Photograph: Patrick Comerford)

Bloomsbury, the area between Euston Road and Holborn that was developed by the Russell family, Dukes of Bedford, has many literary associations. Writers, poets and philosophers who lived and worked in the surrounding streets include TS Eliot, WB Yeats, Bertrand Russell, Lytton Strachey, Virginia Woolf, Aldous Huxley, EM Forster, and Sir Anthony Hope Hawkins (Anthony Hope) .

A plaque on No 5 Woburn Walk, between Upper Woburn Place and Duke’s Road, marks the house where WB Yeats lived for more than a quarter of a century from 1895 to 1919. Maud Gonne lived in the house, which is now part of Wot the Dickens, a restaurant, café and food shop. Woburn Walk was designed in 1822 by Thomas Cubitt as the first pedestrianised shopping street. Charles Dickens lived around the corner in Tavistock Square, and the proprietors of No 5 must imagine that Dickens strolled along their street while he lived in Bloomsbury. 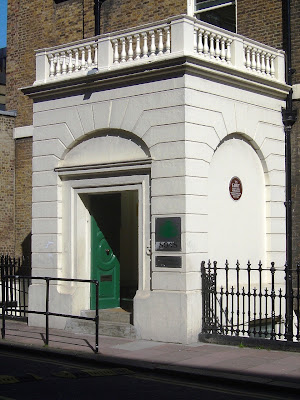 Russell Square, where TS Eliot worked for Faber and Faber, is just a few steps from the Penn Club. The square is the largest of the squares in Bloomsbury and little remains of the original Georgian houses. But the square itself is a delightful green space with shady trees, a café and a fountain. 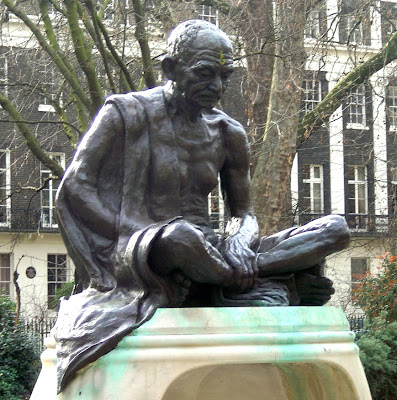 North of Russell Square is Tavistock Square, which was also laid out by Thomas Cubitt. Leonard and Virginia Woolf lived at No 52 from 1924 until shortly before she died by suicide in 1941, and from there they ran the Hogarth Press. In a typically scathing comment, Virginia Woolf once compared Ulysses to a “bell-boy at Claridges” scratching his pimples. Ulysses remains a classic in modern literature, but the house where she lived has long been demolished. 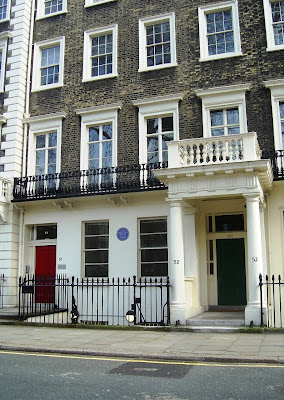 Gordon Square, to the west of Tavistock Square, is one of the quietest places in Bloomsbury, and includes the houses of Lytton Strachey (No 51) and John Maynard Keynes (No 46), and a plaque at No 50 commemorates the Bloomsbury Group as a whole. In 1922, Virginia Woolf declared, without too much exaggeration: “Everyone in Gordon Square has become famous.”

The most unusual building on the square is the Gothic Revival Church of Christ the King on the south-west corner.

Bedford Square, built between 1775 and 1783, takes its name from the main title of the Russell family, the Dukes of Bedford. This square is one of the best preserved set pieces of Georgian architecture in London, although most of the houses have now been converted into offices and the central garden remains private.

Both William Butterfield the architect and Sir Anthony Hope Hawkins, author of The Prisoner of Zenda, lived in No 41 at different times.

Bloomsbury Square, dating from 1665, is the first open space in London to have been officially called a square. Bedford Place runs between Russell Square and Bloomsbury Square, making the Penn Club an ideal location for exploring Bloomsbury. Three Underground lines and several bus routes are close by, the British Museum in Great Russell Street is just five minutes’ walk away, and the British Library is five minutes by bus. Covent Garden and the West End theatres are also close by, and there is a selection of book shops around every corner.

I have an appointment later this afternoon to meet some friends and hopefully to visit the Palace of Westminster and see another part of the architectural legacy of AWN Pugin. Then it’s off to dinner this evening -- perhaps in one of my favourite Greek restaurants in Bloomsbury, Konaki in Coptic Street, off Great Russell Street and facing the main entrance to the British Museum.
Posted by Patrick Comerford at 15:50 No comments: