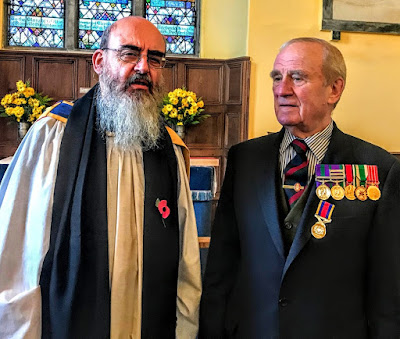 On top of the world:

The group of parishes reached new heights when parishioner Tommy Downes found himself almost at the top of the world. Congratulations to Tommy for reaching the Everest Base Camp with his walking group a few week ago. 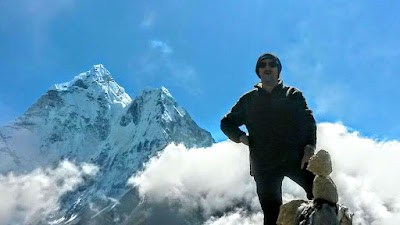 Colonel Edward Buckingham, retired diocesan reader, took part in the Remembrance Sunday commemorations in Holy Trinity Church, Rathkeale, introducing the minute’s silence and reading the words of Laurence Binyon with a dignity that added solemnity to the occasion.

Canon Stan Evans, Priest-in-Charge of Omey (Cliden), Co Galway, is remembered with fondness as a former priest-in-charge of this group of parishes, when he lived in the Rectory in Askeaton. Parishioners were saddened to hear about the recent vandalism and wanton destruction in Holy Trinity Church, Errislanan, which is part of his parish. At a recent United Group Service in Holy Trinity Church, Rathkeale, it was agreed that a generous collection should be donated to the restoration of the church in Errislanan.

This is an edited version of the parish notes in the Rathkeale and Kilnaughtin Group of Parishes in the December 2017 edition of ‘Newslink,’ the Diocesan Magazine of the United Diocese of Limerick, Killaloe and Ardfert.

‘A Christmas Miracle’ as
told by Ely Cathedral

We are in the first week of Advent, with just three weeks to go to Christmas Day. Our attention spans have altered, and we are easily distracted by jingles and shopfront images that raise our levels of joyful anticipation.

Sounds and images have a greater impact than words.

And so, instead of speaking at the school assembly in Rathkeale this morning, I used a new Advent film launched by Ely Cathedral and the Diocese of Ely yesterday, on Advent Sunday (Sunday 3 December).

There are people and places I recognise in this film, and the story is told movingly and with beauty.

Earlier this year, the Diocese of Ely and Ely Cathedral teamed up for Holy Week to run a joint social media campaign that ended up reaching over 1 million people in the space of a week.

As a result of this success, the cathedral and the diocese have joined forces once again for another campaign for Advent – this time telling the Christmas story.

Entitled #aChristmasMiracle, the campaign launched yesterday features this film telling the story of the original Christmas miracle, the Nativity of Christ.

Supporting this film, four additional discussion films will explore the themes of both Advent and Christmas. These will help people to engage, get involved with and learn more about the true meanings of these two distinct liturgical seasons.

In addition to these discussion films, a series of short articles published daily throughout Advent that will again allow people to learn and engage with Advent and the Christmas story more fully and deepen in discipleship.

The campaign will also include films from the Cathedral Boy and Girl Choristers and the Gesualdo Six singing some beautiful music. All films and articles will be available to view, free of charge, online, so keep an eye on the Cathedral and Diocesan social media pages for these.


Posted by Patrick Comerford at 14:30 No comments:

Praying in Advent with USPG
and Lichfield Cathedral
(2): 4 December 2017 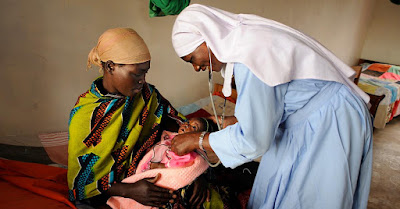 With USPG in Advent, giving the gift of life to mothers, babies and families in Tanzania

Advent began yesterday, the First Sunday of Advent (3 December 2017). In the morning, I was leading the services and preaching in Saint Mary’s Church, Askeaton, Co Limerick (the Parish Eucharist), and Saint Brendan’s Church, Kilnaughtin (Tarbert), Co Kerry (Morning Prayer). Later in the evening, as the canon precentor, I was in Saint Mary’s Cathedral, Limerick, taking part in the Advent Carol service, Darkness into Light. Later this morning, I am speaking about Advent in Rathkeale No 2 National School.

Throughout the season of Advent this year, I plan to spend a short time of Prayer and reflection each morning, using the prayer diary of the Anglican mission agency, USPG (United Society Partners in the Gospel) and the Advent and Christmas Devotional Calendar from Lichfield Cathedral.

Give thanks for the work of the Anglican Church of Tanzania in reaching out to mothers and babies affected by HIV.

The reflection for today asks:

What truths do we find hard to hear or understand? Think of your differences with or fears about people or ideas. God may be bigger than our idea of him – pray for fresh understanding of him.