Comberford Hall is back on the market
with an asking price of £925,000 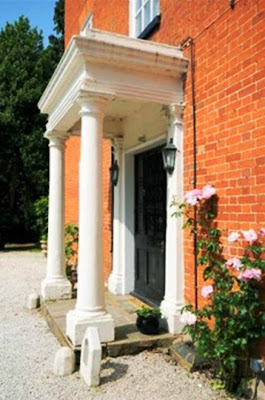 Welcome to Comberford Hall … back on the market this week (Photograph courtesy Acres, Four Oaks)

Comberford Hall is on the market again this week through Acres, an estate agency based in Four Oaks, Sutton Coldfield, who are quoting an asking price of £925,000.

For many generations, despite some of the complicated details in the family tree, my branch of the family continued to regard Comberford Hall as our ancestral home. My great-grandfather, James Comerford, had a very interesting visit to Comberford and Tamworth in the early 20th century, visiting the Peel family who lived there … he probably had his heart set on consolidating those family links.

I first visited Comberford Hall and the village in 1970 and have been back many times since then. When my mind and imagination have gone wild in the past, I have thought how nice it would be to buy back Comberford Hall, and even dreamt of using this grand old house as a retreat centre or as a centre for spirituality and the arts, with the village church close at hand, across the fields at the end of a public right-of-way footpath.

But the church closed last autumn, and the asking price for Comberford Hall is beyond my reach.

In 2006, Comberford Hall was placed on the market by the Butler family through the Lichfield estate agent, Bill Tandy. The house, in a secluded setting at the end of a long gravel approach drive, was described as a “[s]ubstantial sized Grade 2 Listed Georgian residence with garden, grounds, stabling and paddocks and with impressive drive approach.”

By 2007 and 2008, Comberford Hall was the office of Gemini Property Plus. In March 2008, the house was back on the market through Paul Carr estate agents, of Four Oaks. It was put to auction by Cotton Chartered Surveyors of Edgbaston at Aston Villa Football Club on 4 December 2008, with an asking price of £850,000, but was withdrawn and remained on the market. 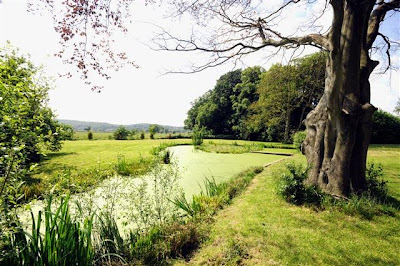 Comberford Hall is an eight-bedroom house off Elford Road, Comberford, north of Tamworth, B79 9BA, and is within Lichfield District Council’s area. The nearest mainline train stations are at Tamworth (1.8 miles), Wilnecote, Staffordshire (3.5 miles) and Lichfield Trent Valley (4.1 miles).

The brochure adds that Comberford Hall is “Set off the main road down a long private tree-lined driveway, twin electrically operated gates with side intercom system open to the property’s multi-vehicular driveway with central water feature. There are substantial lawned gardens to fore and side with a variety of trees, shrubs and bushes, a large pond with island and water plants, additionally there is a wooden three door ‘stable block’ to the side.” 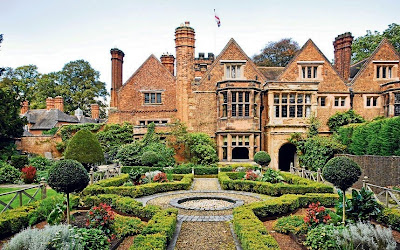 By contrast, neighbouring No 2 Whittington Old Hall, in Whittington, near Lichfield, is also on the market. According to a recent report in the Lichfield Mercury, local estate agents Downes & Daughters of Whittington are quoting £795,000 for this elegant old house. Last year, the Tamworth Herald reported Knight Frank of Sutton Coldfield were seeking £825,000 for Whittington Old Hall.

Whittington Old Hall is a Grade II* listed building, about 3.5 miles from Lichfield and six miles from Tamworth. No 2 is a six-bedroom house with a rich history, being one of the original grand houses of Staffordshire. It is built mainly of red brick with sandstone quoins and dressings. The core of the house is 16th century with later additions. In his History and Antiquities of Staffordshire (1798), the Revd Stebbing Shaw included an image of Whittington Old Hall from 1797 and described it as an “ancient structure.”

Whittington Old Hall is a 16th century mansion house built by the Everard family in the Tudor era. The Astley and the Dyott families followed as owners but after the Dyott family moved to nearby Freeford Hall in 1836, the house was let out to a series of tenants. In 1889, the estate was bought by the architect and brewer Samuel Lipscomb Seckham, who became High Sheriff of Staffordshire in 1890. He commissioned the architect Matthew Holding of Northampton to remodel the house.

In 1959, the Whittington Old Hall estate was sold and the hall was divided into two substantial houses, Number 2 being one of these. 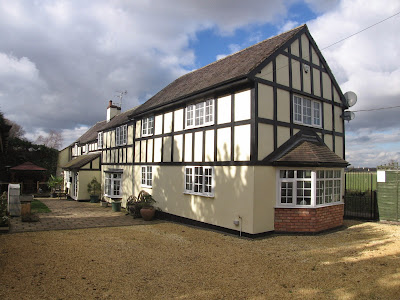 The Coach House, Comberford … on sale earlier this year with an asking price of £650,00 (Photograph: Taylor Cole)

Earlier this year, another historic property in Comberford went on the market, when the Coach House, Comberford, was put up for sale through the Tamworth estate agents, Taylor Cole, with an asking price of £650,000.

The Tamworth Herald report in March 2014 said the Coach House dates back 300 or 400 years, which means it was built while the Comberford family was still living at Comberford Hall. 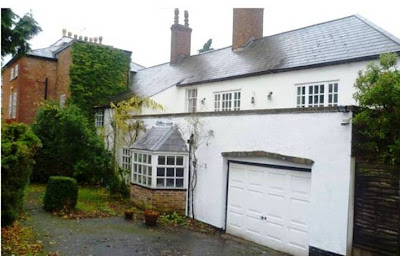 Meanwhile, Acres, who have placed Comberford Hall on the markt, are at: 74A Walsall Road, Four Oaks, Sutton Coldfield, B74 4QY. For more information about Comberford Hall contact Acres on 0121 659 0973 (local rate). 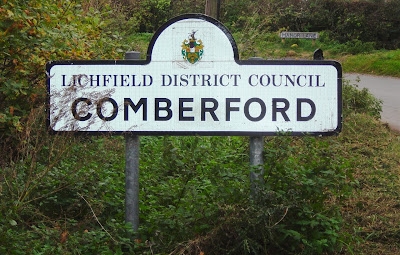 Comberford is about two miles north of Tamworth and about five or six miles east of Lichfield (Photograph: Patrick Comerford)