Remembering student days in Japan during a walk on Bray beach 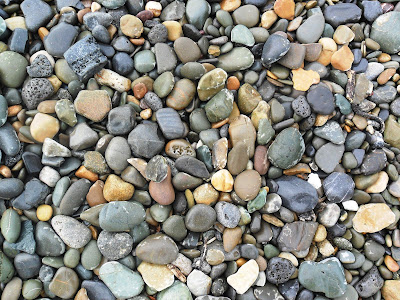 Pebbles on the shoreline at Bray Beach this afternoon (Photograph: Patrick Comerford, 2011)

Earlier this week, as I gazed in delight at the cherry blossom that is emerging on the trees outside my house, I recalled with fondness my time in Japan as a student in 1979, when I lived in at the Asia Bunka Kaikan in Tokyo on a fellowship from Nihon Shinbun Kyokai (the Japanese Newspaper Publishers’ and Editors’ Association).

It was a wonderful few months, with lectures at Sophia University, facility visits to government, universities, businesses, schools and religious centres, travel throughout the country, from Hokkaido in the north to Hiroshima in south-west, and even a visit to the Tokai Mura nuclear plant, later the scene of Japan’s worst civilian nuclear accident.

Despite many visits to the Far East since then, including China, Hong Kong and Korea, I have only returned once to Japan in the intervening years, for a religious leaders’ conference on nuclear disarmament. 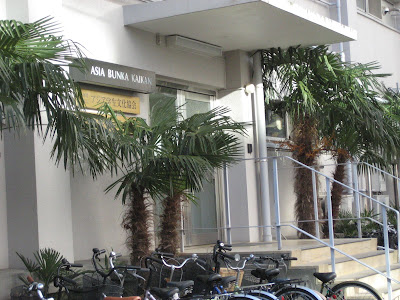 Asia Bunka Kaikan in Tokyo ... I was a student here the summer of 1979

But those sweet memories from more than thirty years ago, inspired by this week’s cherry blossoms, turned to anguish as I followed today’s distressing news reports on the devastating effects of the tsunami right across Japan.

I took a break from work this afternoon as two of us dropped out to Bray for lunch in the Beach House, which has the most spectacular views through its floor-to-ceiling windows onto the beach – views stretching south to Bray Head and north to Dalkey Island and beyond. 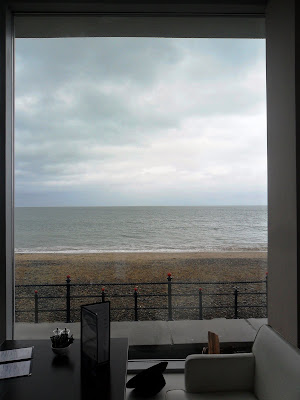 After lunch, we strolled along the beach, walking along the pebbles and admiring the changing colours of the sea, from Joycean snot-green to turquoise mixed with grey, to blues and purples, to hints of Homeric wine-red on the horizon. There was a slight swell, but the waves were almost playful as the water danced and rolled against the pebbles on the shore.

The contrast with the images of the tsunami brutally sweeping away everything in its way was disturbing ... frightening.

And I appreciated where I live, gave thanks for my regular beach walks, and in my prayers thanked God for the climate we have in Ireland. Even though I know I’ll continue to complain about the cold and the rain, it was good to be reminded about our blessings.
Posted by Patrick Comerford at 22:19 1 comment: