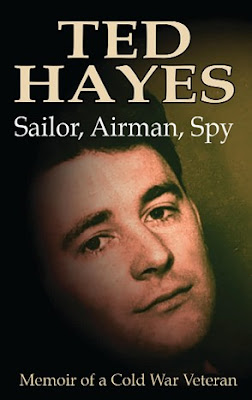 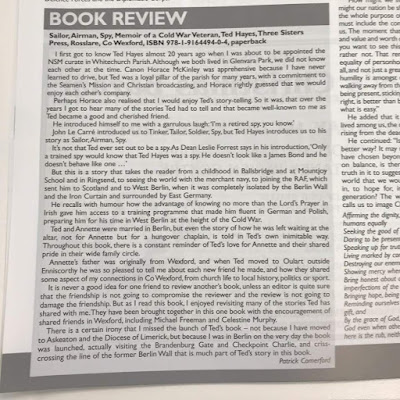 Remembrance Sunday in
Rathkeale and Kilnaughtin
Group of Parishes 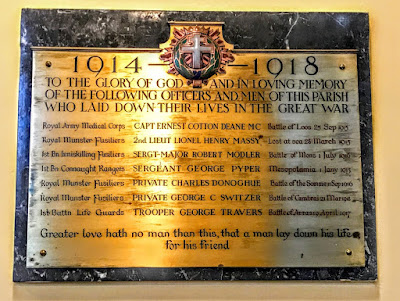 There is one united, group service in the Rathkeale and Kilnaughtin Group of Parishes on Sunday 11 November 2018 to mark Remembrance Sunday 2018.

The service in Holy Trinity Church, Rathkeale, Co Limerick, at 11 a.m. on 11 November 2018 is a service to mark the end of World War I, followed by a celebration of the Holy Communion.

Almighty God,
you call us into a common fellowship
of solidarity and love;
draw near to us as we commemorate
those who died in the First World War.
As we reflect on their sacrifice and the horrors of conflict,
may you move us to always work for peace
and justice in our broken world;
this we ask through the Prince of Peace,
Jesus Christ our Lord. Amen.

The names inscribed on the memorial to be read aloud on Sunday morning are: 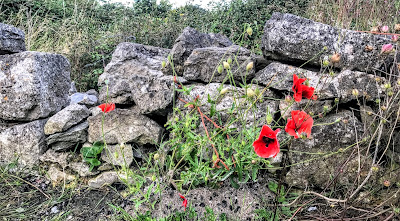 Poppies growing through a wall in Askeaton (Photograph: Patrick Comerford, 2018)

Posted by Patrick Comerford at 10:45 2 comments: 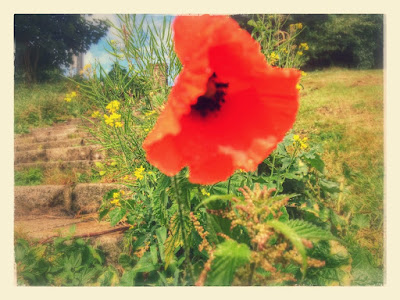 A lone poppy by a river bank (Photograph: Patrick Comerford)

Rod and Rosemary hope to tackle the thorny problems faced by people who have difficulty in selecting hymns for Sundays, and advising about appropriate hymns for Baptisms, weddings and funerals.

How do I select appropriate hymns that reflect the theme of the readings, the sermon and the season? Will they be able to sing them? How do I avoid being repetitive? How do I find hymns that meets the spiritual needs of people throughout the parish? How do I introduce new material? Should we be singing the psalms and the canticles?

This programme is offered in two sessions: from 11 am to 3.30 for day-time participants, and from 7 pm to 9.30 pm for people in ministry who are also in secular ministry.

Last month, the workshops looked at planning and resources for marking Remembrance Day and the 100th anniversary of the end of World War I. The resources presented at those workshops are available at this link: https://cmelimerick.blogspot.com/2018/10/a-workshop-on-preparing-for-remembrance.html

This report is published in the November 2018 edition of ‘Newslink,’ the magazine of the Church of Ireland United Dioceses Limerick, Killaloe and Ardfert