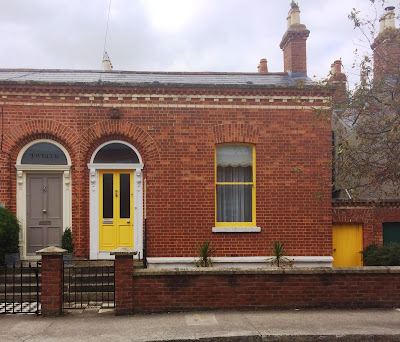 No 11 Upper Beechwood Avenue ... on the market and about to be sold (Photograph: Patrick Comerford, 2014)

Over the past few years, I have enjoyed writing about ancestral homes that have come on the market, such as Comberford Hall, between Lichfield and Tamworth in Staffordshire, the Moat House in Tamworth, or Quemerford House in Calne, Wiltshire. I have delighted in finding more humble ancestral homes, or even their sites long after they have been demolished, including Cross Kevin Street, Dublin, where my great-grandmother Anne (Doyle) Comerford was born.

This afternoon, I found that another former family home is about to be sold. I was on my way from a reception in the Clyde Court Hotel in Ballsbridge, hosted by the Moroccan Embassy to mark Moroccan National Day, to the Beechwood Luas (light rail) station, when I decided to take a look at No 11 Upper Beechwood Avenue, the house where my great-grandfather, James Comerford, died in 1902, and where my grandfather, Stephen Edward Comerford, lived for a number of years.

Inside No 11 Upper Beechwood Avenue .... the house retains many of the features from the time the Comerford family lived there (Photograph courtesy Young’s of Ranelagh)

I have never been inside the house, and to my surprise it is on the market at the moment, and the estate agents, Young’s of Ranelagh, tell me the sale is about to be closed.

No 11 Upper Beechwood Avenue is described by Young’s as “a superbly-located split-level family home with three bedrooms and a sunny west-facing rear garden.”

They say that while the house is in need of some modernisation, the house “retains numerous period features such as high ceilings and original fireplaces.” In other words, many parts of the house survive from the time my grandfather and great-grandfather were living there at the turn of the 19th and 20th centuries.

The three-bedroomed, terraced house was built ca 1880 and is directly behind the Beechwood Luas station and only minutes’ walk from the bustling and fashionable suburban village of Ranelagh, with its many cafés, bars, restaurants and shops.

Originally Young’s were quoting €550,000 for No 11, but it is probably going to sell for more than €700,000 No 11 is much smaller than, say, Comberford Hall, but is almost within the same price bracket, which shows where the property market in Dublin is going.

At the Moroccan Embassy reception in Ballsbridge this afternoon (Photograph: Patrick Comerford, 2014)

I had decided to walk to the Beechwood station from the Moroccan Embassy reception because of the warm summer sunshine this afternoon.

There was an opportunity to express my hopes to the ambassador that all embassies in Dublin would use all their diplomatic skills to bring a peaceful end to the crisis in Gaza.

If this is the contempt a diplomatic mission can show for a reputable, respectable newspaper in an open, democratic society, I can only imagine the contempt facing journalists who try to cover events in Gaza objectively. 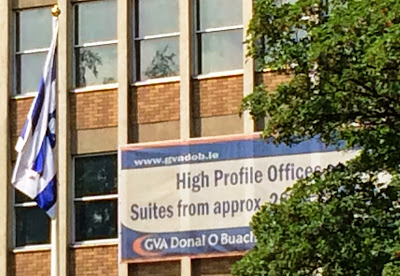 The Israeli flag fluttering freely in the summer breeze in Ballsbridge this afternoon (Photograph: Patrick Comerford, 2014)

That flag fluttering freely in the summer breeze represents a freedom of opinion that I hope the residents of Gaza will enjoy eventually. But it also flutters freely because newspapers like The Irish Times guard and protect our democratic liberties and rights in this country.

I enjoyed the freedom of the afternoon to stroll on through Herbert Park and Donnybrook to Ranelagh, stopping for a while in recently-opened second-hand book shop before ending up in Beechwood Avenue, and giving thanks for the values of my grandfather and great-grandfather, who, in their own ways, were voices for freedom and liberty. 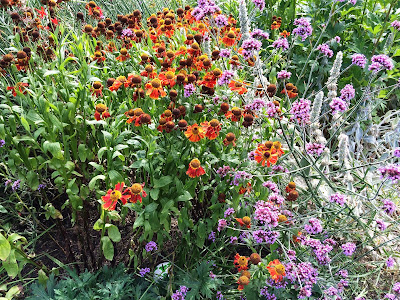 Posted by Patrick Comerford at 17:28 2 comments: