The Desmond Castle in
Adare was a FitzGerald
stronghold for centuries 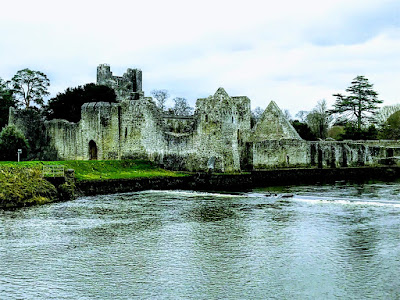 Desmond Castle or Adare Castle, on the north bank of the River Maigue, was a FitzGerald stronghold for centuries (Photograph: Patrick Comerford, 2019; click on images for full-screen view)

Desmond Castle, sometimes called Adare Castle, stands on the north bank of the River Maigue on the edge of Adare, Co Limerick. It is a fine example of a mediaeval fortified Irish castle and it is one of a number of outstanding castles in Co Limerick.

The castle was built on a strategic position on a substantial earlier ringwork where it could able to control traffic on the river. However, the heavy traffic on the main road between Limerick and Tralee, and the danger posed by the fact that there are no footpaths on the bridge make it difficult for passers-by to pause and admire the castle and its setting.

While I was in Adare earlier this week [7 January 2019], I managed to find a safe point on Adare Bridge to admire this castle, first built in the early 13th century on the site of an earlier ring-fort, and then walked along the bank of the river on the west side of the bridge.

A castle or fortress is said to have first been built with an ancient ring-fort by the O’Donovans, who ruled the region into the late 12th century.

Desmond Castle is believed to have been built by William de Burgo in the 12th century. The ownership of the castle passed to the FitzGeralds, Earls of Kildare, some time in the mid-13th century.

For almost 300 years, the castle was the property of the Earls of Kildare, until the rebellion in 1536, when it was forfeited and granted to another branch of the FitzGerald dynasty, the Earls of Desmond.

The Desmond FitzGeralds made the castle in Adare one of their important strongholds and one in a series of significant and strategic Desmond properties in this area, along with the banqueting hall in Newcastle West, the castle in Askeaton and Castle Matrix near Rathkeale.

James FitzMaurice FitzGerald led a rebellion against Queen Elizabeth and occupied much of Munster in the first ‘Desmond Rebellion’ from 1569 to 1573. During the rebellion, the FitzGeralds lost Desmond Castle in Adare after a siege. The castle was later destroyed in 1657 by Cromwell’s Parliamentary forces.

The castle is surrounded by a strong battlemented rampart with semi-circular bastions. It has a distinct inner ward and an outer ward. The inner ward has a three-storey square tower that forms the defensive core of the castle, surrounded by a moat. This square tower on the west side gives access to the outer ward, which two halls on the river side, including the large rectangular Great Hall.

Near the Great Hall is the remains of the kitchen, bakery and service rooms. The main entrance with drawbridge is on the south side and was flanked by two towers. There is a moat that was surrounded by a curtain wall.

A major programme of conservation and restoration works began in 1996 and has been completed in recent years. Tours of the 13th century Norman castle take place daily from June to the end of September by shuttle bus, but these can only be arranged through the Heritage Centre on the Main Street, Adare.

The Desmond Castle seen from the west side of Adare Bridge (Photograph: Patrick Comerford, 2019; click on images for full-screen view)

The bridge, with its rubble stone parapet walls, incorporates the fabric of an earlier structure, dating from ca 1390-1410 and built by Gerald FitzGerald, 5th Earl of Kildare, who was Justiciar of Ireland in 1405 and died in 1432.

The large number of spans, totalling 14 arches, make this bridge a notable feature on the landscape. Among the pointed segmental arches, the fifth to the tenth arch, counting from the north side (from the left of the photograph) are original mediaeval arches.

The original 14th or 15th century bridge was widened in 1837 by Windham Henry Quin (1782-1850), 2nd Earl of Dunraven, who added the segmental arches with cut voussoirs and the V-cutwaters on the east side, rising vertically to form pedestrian refuges. Downstream, the ring stones, spandrel walls and parapets are the work of the Dunravens of Adare Manor.

The well-designed pedestrian refuges are notable and very practical features, and they allowed me to stand in from the roaring traffic to photograph the castle on the banks of the river. 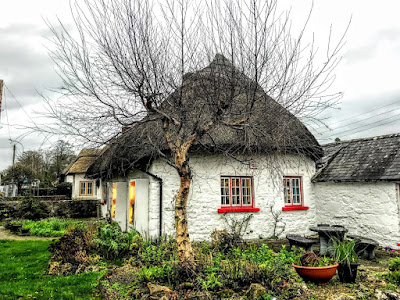 A pretty thatched cottage on the Main Street in Adare this week (Photograph: Patrick Comerford, 2019; click on images for full-screen view) 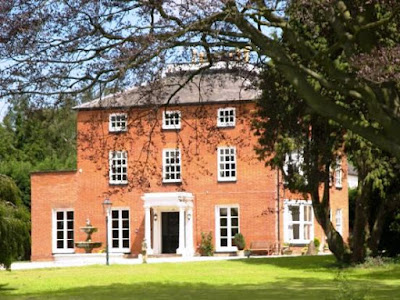 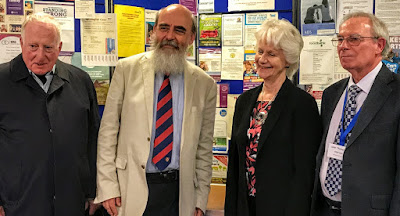 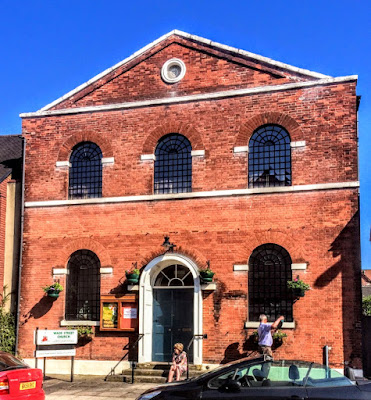