‘For peace comes dropping slow’
... and sometimes it seems too slow 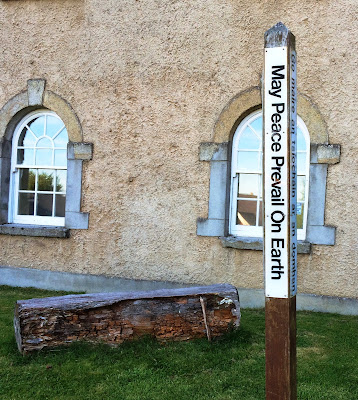 A prayer for peace in the Glencree Centre for Reconciliation this afternoon (Photograph: Patrick Comerford, 2014)

In the early 1980s, I was secretary and then chair of the Irish Campaign for Nuclear Disarmament (Irish CND). In those years, Irish CND, the Student Christian Movement (SCM) and Dawn, a nonviolence journal, organised a number of residential weekends in the Glencree Centre for Reconciliation in the Wicklow Mountains.

On one occasion, a residential weekend on nonviolence studied the writings and tactics of Gandhi, and was opened by the Indian Ambassadord in Ireland.

Other weekends looked at the work and thinking of Martin Luther King or provided opportunities for CND council members to get to know each other. 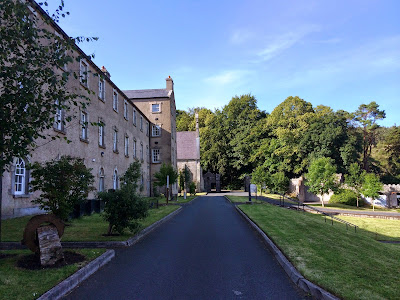 In the grounds in Glencree this afternoon (Photograph: Patrick Comerford, 2014)

It was a time long before any of us imagined mobile phones, and Glencree – without phones or television, and with its “Simple Living” style of accommodation – seemed to be a remote and distant place in the Wicklow Mountains, far from the cares and woes of city life.

But on one weekend, however, we all realised, while we had all been living a monastic-style life for a few days, discussing our next anti-war campaign, a real war had been unfolding in the real world.

Between 6 p.m. on 16 September and 8 a.m. on 18 September 1982, between 762 and 3,500 civilians, mostly Palestinians and Shia Lebanese civilians, were murdered in the Sabra neighbourhood and the nearby Shatila refugee camp in Beirut.

The mass murders were carried out by an Israeli proxy militia, the South Lebanon Army, and other far-right paramilitary groups. Three months earlier, in June 1982, Israel had invaded Lebanon under the pretext of rooting out the Palestine Liberation Organisation.

The Israeli army surrounded Sabra and Shatila and stationed troops at the exits to prevent camp residents from leaving and fired illuminating flares at night that allowed the massacres to continue even throughout the nights.

At the time, the Irish Nobel Peace Prize Winner, Seán MacBride, was President of Irish CND. He was also the assistant to UN secretary general and president of the UN General Assembly. In 1983, Seán MacBride chaired a commission that concluded Israel was responsible for the violence. The MacBride commission also concluded that the massacre was a form of genocide.

That year too, the Kahan Commission in Israel found that Israeli military personnel, aware that a massacre was in progress, had failed to take serious steps to stop it. Israel was found to be indirectly responsible, and the Defence Minister, Ariel Sharon, bore personal responsibility “for ignoring the danger of bloodshed and revenge.”

Sharon was forced to resign. But there was no shame – he was back in the cabinet the following year, and eventually he was Foreign Minister in Benjamin Netanyahu’s cabinet and then Prime Minister of Israel from 2001 to 2006. He died earlier this year on 11 January 2014. 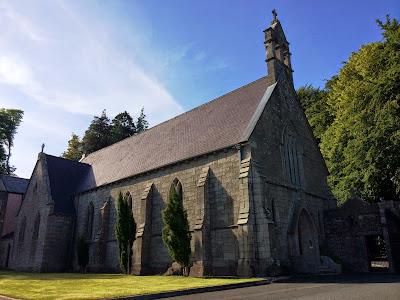 I remembered the shamelessness of Ariel Sharon when I visited Glencree this afternoon, and realised that despite the reports of the MacBride and Kahan commissions, Israel and the international community have forgotten all the lessons that should have been learned after the massacres in Sabra and Shatila.

Similar massacres are taking place in the Gaza Strip today. The only differences today are that weapons are more lethal and the news is reaching us as it happens, whereas over 30 years ago it took some time for the horror of events to reach the outside world.

This time we know what is happening, yet the Republic of Ireland has abstained in the UN General Assembly vote this week on investigating Israel for war crimes.

The principles of a just war may be enshrined in international war but they seem to have been forgotten: there is no distinction between civilian and military targets, there is no proportion between the evil being committed today and the destruction that would follow had war not been waged; and there is no hope of Israel achieving its end – eventually, Israel and Hamas must talk to one another. 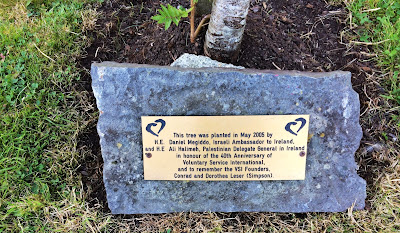 A tree was planted in Glencree in 2005 by the Israeli and Palestinian ambassadors (Photograph: Patrick Comerford, 2014)

As I walked around the grounds in Glencree this afternoon, there were signs of hope: a tree planted by Colin and Wendy Parry in memory of their son, Tim (12), killed along with Johnathan Ball (9) by an IRA bomb in Warrington in 1993; a Japanese pole praying that peace may prevail on earth; some sculptures; and a tree planted in May 2005 by the Israeli ambassador in Ireland, Daniel Megiddo, and the Palestinian ambassador, Ali Halimeh, to mark the fortieth anniversary of the formation of VSI. 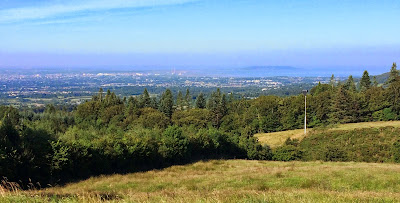 Looking across the city and Dublin Bay to Howth Head from Kilakee this afternoon (Photograph: Patrick Comerford, 2014)

I had spent the morning and much of the afternoon, enjoying the summer sunshine and temperatures as I caught up on some reading and research. Late in the afternoon, two us decided to head up into the mountains behind where I live, and we stopped briefly at Kilakee to enjoy the uninterrupted panorama across the city and Dublin Bay as far as Howth Head.

From there we drove across the Wicklow Mountains and down into Glencree.

By then the Armoury Café in Glencree was closed, and after saying a prayer for peace in the small church behind the centre, we drove on down into Enniskerry in search of that cup of coffee. 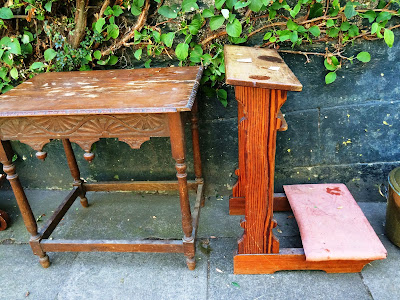 A prie-dieu for sale in Enniskerry ... but prayers for peace are priceless (Photograph: Patrick Comerford, 2014)

It was now almlost 6, and every coffee shop but one was closed, and even there the coffee machine was not working properly. An antique shop was open, and while I was not in the mood to pay €90 for a 100-year-old prie-dieu, I thought how I’d pay anything and pray for ever if it brought peace to those traumatised children in the Gaza Strip.

Instead, we sat in the centre of the village, enjoying an ice cream in the still-warm summer sunshine. And I thought of the words of William Butler Yeats in The Lake isle of Innisfree:

And I shall have some peace there, for peace comes dropping slow,
Dropping from the veils of the morning to where the cricket sings;
There midnight’s all a-glimmer, and noon a purple glow,
And evening full of the linnet’s wings.

I returned to the garden for dinner with a jug of Pimm’s. And I was thankful for the peace I have in my own life. May Peace Prevail on Earth. Meanwhile, call your TD, your MP, the Department of Foreign Affairs, your Foreign Ministry, ambassadors ... anyone who should know that this violence in Gaza must not continue. 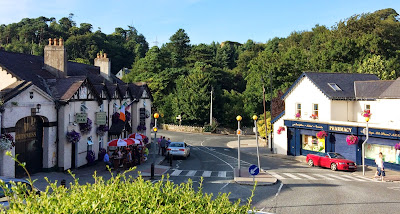