A curious link between good coffee
and George Berkeley’s philosophy 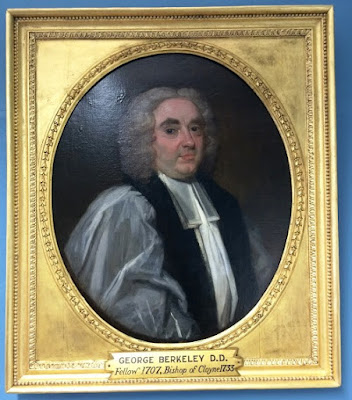 I find that two positive factors enhance my capacity to endure committee meetings: the quality of the coffee available, and the number of windows allowing natural light to pour into the room.

I spent much of this afternoon at an academic meeting in the newly-fitted West Theatre Board Room in Trinity College Dublin.

The coffee was good, and the four large windows allowed plenty of natural light to stream into the room from Front Square, despite the rain outside.

Of course, committee meetings are an essential part of the academic working life, and as I sat beneath a newly-restored portrait of Bishop George Berkeley (1658-1753), I was reminded of how he once said “there can be no such thing as a happy life without labour.”

Having bought a collection of Philip Larkin’s poetry earlier this week, I also recalled how in a sequel to the poem ‘Toads Revisited,’ Larkin acknowledged in middle age that he rather liked the “old toad” of work.

As a philosopher, Berkeley’s primary achievement was the advancement of a theory he called “immaterialism” and which was later referred to as “subjective idealism.” This theory denies the existence of material substance and instead contends that familiar objects like tables and chairs are only ideas in the minds of perceivers, and as a result cannot exist without being perceived. Berkeley is also known for his critique of abstraction, an important premise in his argument for immaterialism.

Berkeley was born at Dysart Castle, near Thomastown, Co Kilkenny, and was educated at Kilkenny College and Trinity College Dublin, where he earned his BA in 1704 and his MA in 1707, when he was elected a Fellow of TCD. He was recently described by The Irish Times as “probably the university’s most celebrated alumnus.”

He stayed on at TCD as a tutor and lecturer in Greek, and in 1709 published his first major work, An Essay towards a New Theory of Vision, in which he discussed the limitations of human vision and advanced the theory that the proper objects of sight are not material objects, but light and colour. This foreshadowed his chief philosophical work, A Treatise Concerning the Principles of Human Knowledge (1710). After its poor reception, he rewrote this in dialogue form and published it under the title Three Dialogues between Hylas and Philonous (1713).

He was ordained in the Church of Ireland in 1721, completed his Doctorate in Divinity (DD), and remained a little longer at TCD, lecturing in theology and Hebrew. In 1722 he was appointed Dean of Dromore, and in 1724 he became Dean of Derry.

In 1732, he published Alciphron, a Christian apologetic against free-thinkers, and in 1734 he published The Analyst, a critique of the foundations of calculus.

In 1733, he was appointed Bishop of Cloyne, a position he was to hold until his death. His last major philosophical work was Siris (1744).

There was a renewed interest in Berkeley’s work after World War II because he tackled many of the issues of paramount interest to philosophy in the 20th century, such as the problems of perception, the difference between primary and secondary qualities, and the importance of language.

George Berkeley was one of the three most famous empiricists from these islands, alongside John Locke and David Hume. Hume famously described Berkeley’s philosophy as neither admitting the slightest refutation, nor inspiring the slightest conviction.

Samuel Johnson, according to his biographer James Boswell, disagreed:

After we came out of the church, we stood talking for some time together of Bishop Berkeley’s ingenious sophistry to prove the non-existence of matter, and that every thing in the universe is merely ideal. I observed, that though we are satisfied his doctrine is not true, it is impossible to refute it. I never shall forget the alacrity with which Johnson answered, striking his foot with mighty force against a large stone, till he rebounded from it – ‘I refute it thus.’

It is not recorded whether Berkeley considered himself refuted by this futile exercise.

On the other hand, the philosopher Professor David Berman, who has spent almost nearly 40 years teaching philosophy at TCD, says: “Berkeley is an empiricist, and suspicious of the way language can influence our thinking and fashion. He believes that through direct experience we can make contact with what really exists.”

And that’s where the good coffee at this afternoon’s meeting makes a connection with that portrait of George Berkeley. For David Berman has turned his attention to coffee – not just for pleasure but as part of an intellectual quest.

For him, coffee is a window to understanding our tastes: How do you know what you like? How do you describe experiences or sensations? Are your tastes better than other people’s tastes?

David Berman has put in a lot of work to reach these heights of analysis – “I can’t tell you the number of coffees I’ve had” – and concludes that there are essentially two coffee types: sour and bitter. (For sour, think of the acidic taste of grapefruit or vinegar; for bitter think the sharp, acrid taste of citrus peels or olives.)

Professor David Berman writes a blog on his explorations in coffee-tasting at coffeetastingandphilosophy.wordpress.com. 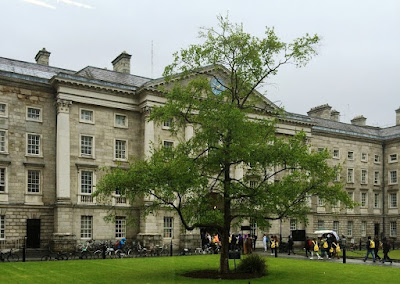 Posted by Patrick Comerford at 18:31 No comments: 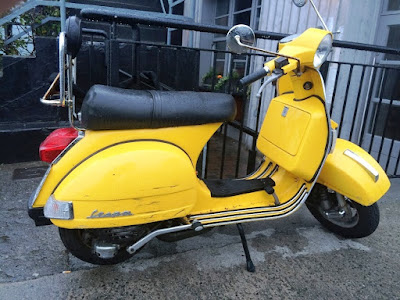 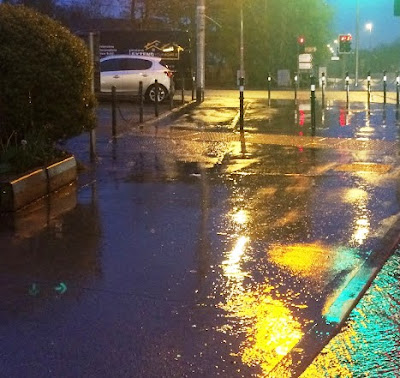 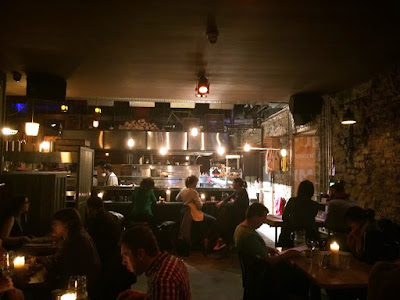