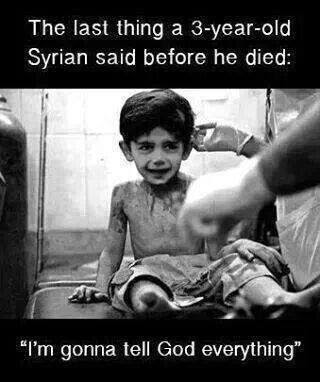 We can fall so easily into the trap of using silly slogans and think we are engaging in meaningful debate.

Falling back on slogans allows us to the illusion of engaging in debate without actually listening to what others are saying. We might hear what they say but not actually listen to the contributions they are trying to make to a complex and multi-layered debate.

Slogans always indicate that I believe I am right and above criticism. And they say to the other person that while I may hear what they are saying I am not listening to the point of being able to modify, let along change my mind because of what they are saying.

For example, Donald Trump’s election campaign is filled with sloganeering and cheap quips, and those who oppose him are in danger of not listening to him and letting him hold the stage by belittling his hairstyle or making cheap jibes about his lifestyle.

I sometimes think the ‘Brexit’ campaigners managed to win too because of their slogans that broached no argument and left no space for listening. Constantly throughout the referendum they told voters not to listen to experts.

Late on Friday, I reposted a photograph on Facebook of a fatally injured three-year-old child in Syria. The captions read: ‘The last thing a 3-year-old Syrian said before he died: “I’m gonna tell God everything”.’

The original poster had added a quotation from Dorothy Day: ‘Those who cannot see the face of Christ in the poor are atheists indeed.’

One person, replying to my posting, commented: ‘How do u know he died and why and when.’

To which a former schoolfriend replied: ‘That’s really not the point.’

But that retort was immediately deleted not by me but the person who had posted it. I knew of it only through email notifications, and never saw it on my Facebook page. Someone who had confused uttering slogans with contributing to a debate had almost immediately withdrawn his slogan, which I alone could see, and so, I believed, he had withdrawn from a debate he thought he had created. But then he reposted it yet again late last night after I had logged out following a long and demanding Sunday, and then removed it yet again a short time later.

It was one of those Sundays that point to the very positive and life-affirming roles of religion in society today. In the morning, I had taken part in the National Famine Commemorations in Glasnevin, when the main speaker was President Michael D Higgins. I was invited to represent the Church of Ireland, Bishop Eamon Walsh led prayers on behalf of the Roman Catholic church, and there were prayers from representatives of the Methodist, Quaker, Jewish and Muslim communities too. In my prayers, I specifically draw comparisons between Irish people on the Atlantic fleeing the Famine in the 1840s, and Syrian people in the Mediterranean fleeing conflict today.

Later in the afternoon, I was at the ordination of two new deacons in Saint Anne’s Cathedral, Belfast. In his charge to the new new deacons, Bishop Alan Abernethy reminded them that ‘Deacons ... remind the whole Church that serving others is at the heart of all ministry.’

He continued: ‘Deacons have a special responsibility to ensure that those in need are cared for with compassion and humility. They are to strengthen the faithful, search out the careless [i.e., those for whom nobody cares] and the indifferent, and minister to the sick, the needy, the poor and those in trouble.’

Undoubtedly religion – or rather, the distortion of religions – contributes to violence and wars over the centuries. Who can deny this, from Islamic State and its ideological coaches in Saudi Arabia, back through generations of strife in Northern Ireland, the Buddhist monks who were Japanese kamikaze pilots, to the Crusades, and further back through time.

But religion played no role in motivating the greatest mass murderers of the last century – Hitler, Stalin, Mao and Pol Pot. Indeed, in those cases, it was religious believers who were the victims and not the perpetrators. But I am hardly going to fall back in any debate about mass murder and genocide on slogan such as ‘Atheism kills.’ It would be crass and fail to engage with the enormity of the horrors we have inflicted and experienced in the modern world.

Nonetheless, I am adding to my repertoire some more fatuous slogans that indicate to others that I am preparing myself to refuse to listen and to refuse to debate.

Politicians kill: politicians legalised apartheid, segregation, subjugation, oppression and division, and they passed legislation that made the rich richer and the poor poorer.

Engineers kill: they gave us guided missiles that have left us with a misguided humanity.

Economists kill: their theories have allowed politicians to ignore the plight of the overwhelming majority of humanity in favour of market forces, which will always have more power and wealth than the poor. Why, their proposals for austerity have destroyed the lives of many thousands of people in Ireland and Greece alone.

If we get get caught up in slogans and arguments such as these, we forget the plight of a three-year-old child in Syria and others like him, and we perpetuate systems in wish the oppressed continue to be oppressed.

And the point of it all is, anyway, that People kill. But that is not going to kill my faith in humanity.

And yes, as Dorothy Day said: ‘Those who cannot see the face of Christ in the poor are atheists indeed.’ 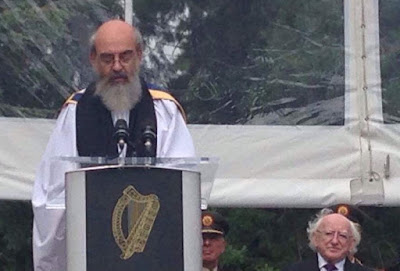