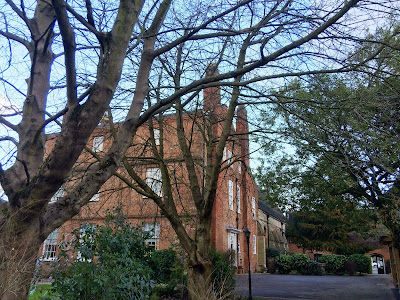 I my name is jeoffrey Warren i live in Stoke on Trent i would like to meet up with patrick comerford to have a chat about my life as a child in beacon school Lichfield i would have been 4 years old then till 16 i am now 71 but for sum reason the old school keeps coming into my head good times but some bad so i thought Patrick may help thank you. J Warren could you please email me if you like at fairyfeet9@gmail.com

I came across your website after searching online for a translation of 'Thermopylae', as the poem seems a fitting response to the results of the General Election in the UK.
Your blog on Cavafy is excellent, I love his work, it led me to visit Alexandria which is a beautiful city. He has much to tell us about how little human beings really change, it's a shame he is not better known.
Thanks
Jo

Thank you for the article on Ardagh House.
I do however have some questions about some of the information.
Is it possible to ask you or you are too busy or it is impractical for you to answer questions on your posts?

If you can, how can I get in touch?
I am not on facebook.

Thank you Bernard. I don't make my email address available on this site, but if you send another comment with your email address, I can see it is not made public on this site and still reply to you. Patrick